This Day In History: Sherman Orders Assault At The Battle Of Chickasaw Bluffs (1862) 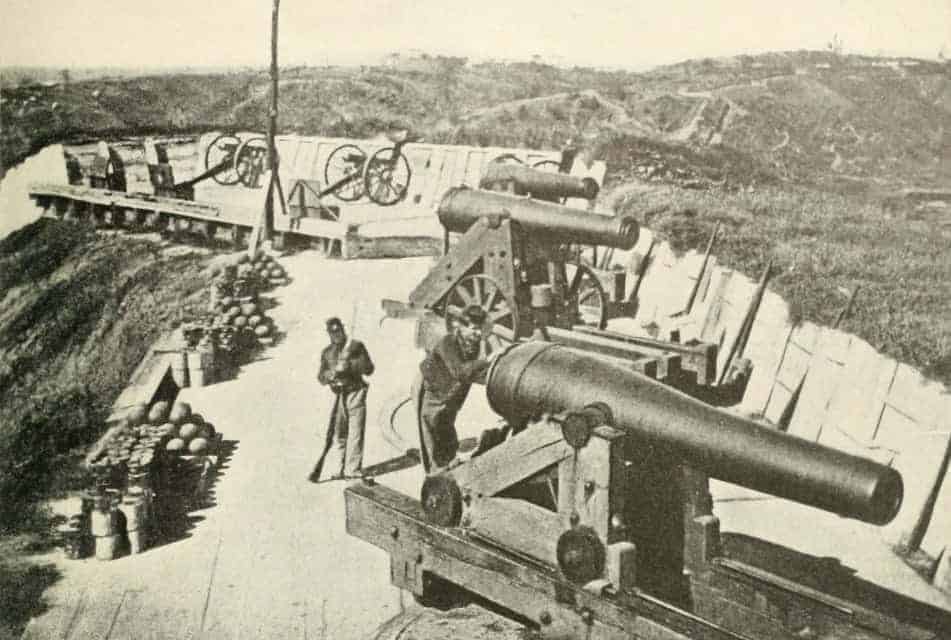 This Day In History: Sherman Orders Assault At The Battle Of Chickasaw Bluffs (1862)

On this day in 1862, during the American Civil War, the Confederates defeat a Union attack at the Battle of Chickasaw Bluffs also know as Chickasaw Bayou. In this battle, the Union General William T. Sherman defeated in his daring attempt to capture Vicksburg, Mississippi.

The Battle of Chickasaw Bluffs was part of the Union strategy that sought to capture the city of Vicksburg. This city was of great strategic importance as it was the South’s last major stronghold on the Mississippi River. If the Union secured it then it would have controlled all of that great river and the traffic on it. The Mississippi was a vital communication artery and if the Union could capture Vicksburg they could practically cut the Confederacy in two. General Ulysses S. Grant’s ordered Sherman to attempt to capture Vicksburg. The plan was that Grant would take Northern Mississippi and then move down the river from the west. As he did so, Sherman moved down the west side of the great river. However, soon things went wrong, mainly because of the cavalry raids carried out on Union lines and positions by the Confederate generals Nathan Bedford Forrest and Earl Van Dorn. These raids were so successful that they cut the supply lines of the Union army and Grant was forced to call off the attack. Grant sent a messenger to tell Sherman not to attack the Confederacy at Vicksburg but the message did not get through, in time. 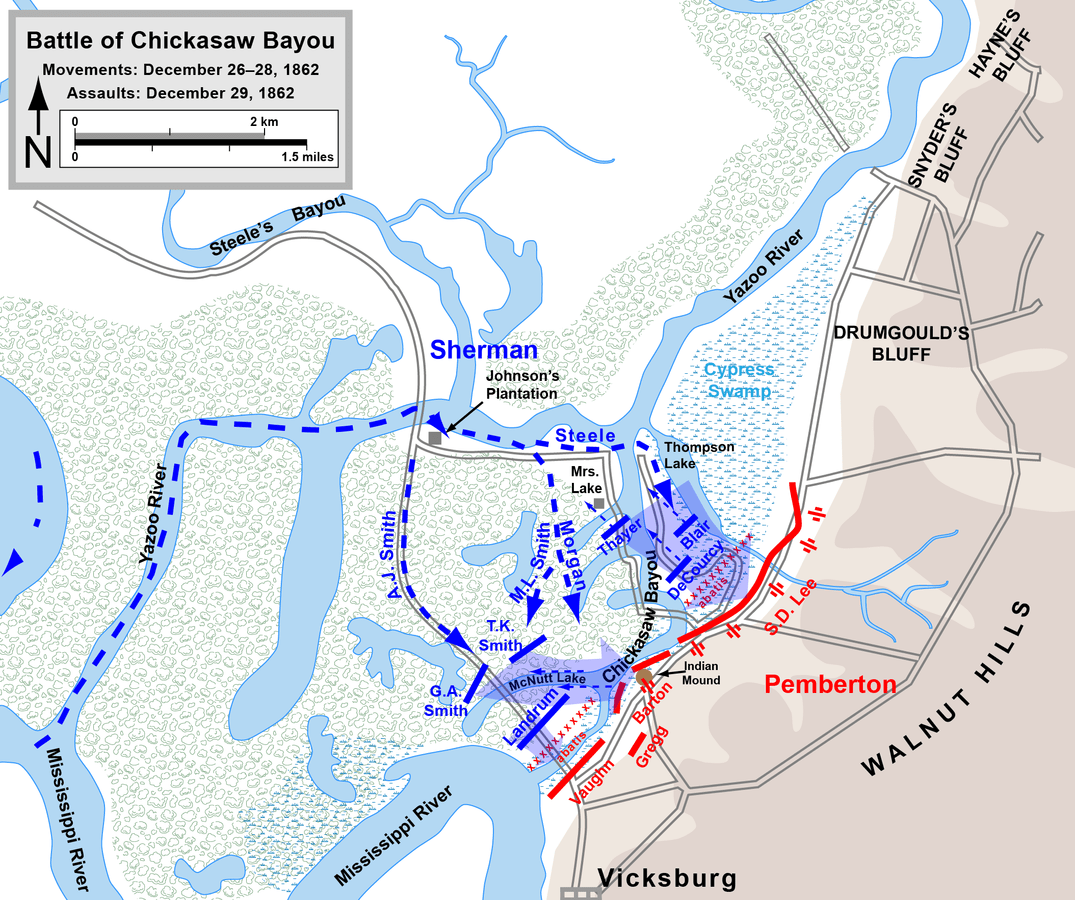 Sherman moved into position just a few miles north of Vicksburg by December 27 and he ordered his army of almost 40,000 men to position themselves for an attack. The Yankees had numerical superiority over the Confederates. Indeed they outnumbered the rebels by approximately 6 to one. However, the Confederates became aware of Sheridan’s plans and the reinforced Vicksburg with another 7,000 men. The Rebels occupied a defensive line and they were stationed in trenches. After a series of feints and skirmishes, on the 29th of December, Sheridan ordered his men to advance across open ground. The Union attack never had a chance of success and was doomed from the start. The objective of the Union attacks was Chickasaw Bluff. The majority of the Union army did not get near the Bluffs and many Union soldiers were shot down by Confederate riflemen. Only one Union brigade reached the Bluff but they came under sustained fire and suffered heavy casualties. The Union lost 2000 men in the battle and the Confederates lost only 200 men. The attack should not have been ordered as Sherman was ordering his men to take fortified positions across open ground. Sherman was never again to order a direct frontal assault.