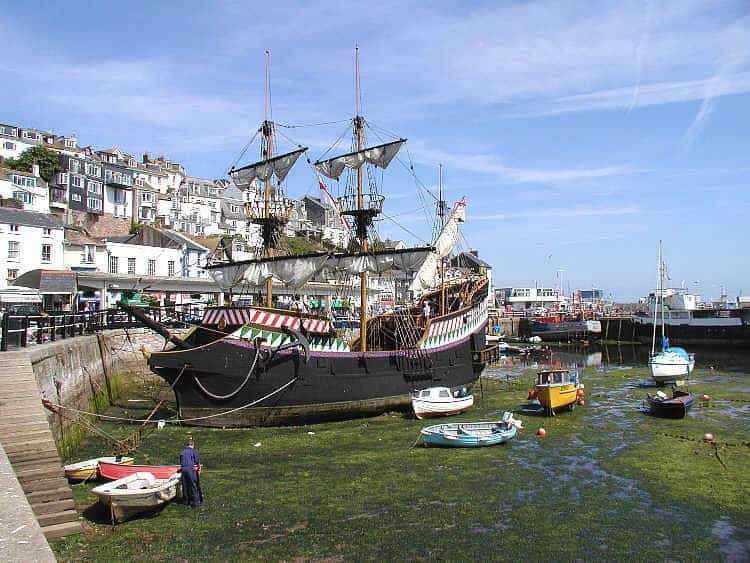 Francis Drake was an English seaman and some would say a pirate. He was ordered by Elizabeth 1 to circumnavigate the world. On this day, during his round the world voyage he claimed modern California for the English Crown. He called the land â€˜Nova Albion’ or New England. This was despite the fact that the Spanish had claimed the area, some time before. The Spanish had established a great empire in South America and also claimed all of North America.

He stayed in the area for a month as his ship was badly damaged by storms at sea, especially during his voyage through the Magellan Straits. Drake had to abandon two of his ships in Patagonia, in modern Argentina. A series of devastating storms had resulted in the wrecking of one ship and had forced another to return to England, for repairs. Drake by the time that he reached the Pacific had only the Golden Hind, left of his small fleet.

In, 1577, Drake set out from Portsmouth in England. He had five ships. His mission was to sail around the world. His was not only a mission of exploration. England was at war with Spain and he was also commissioned to raid Spanish settlements and seize Spanish ships in the New World. He was to share some of his wealth with the monarch, Elizabeth I. Because England was at war with Spain any loot or booty that Drake seized was regarded as the spoils of war.

Despite the fact that Drake had only one ship he continued to plunder any Spanish ship that he found and he soon amassed a massive amount of gold and silver. He was soon feared by the Spanish and although they sent several expeditions to capture him, he always managed to escape them and continued his attacks on the Spanish settlements and shipping in the New World.

Drake did not establish any settlements in California and there was no later English attempt to colonize the area, which was only sparsely inhabited by tribes of Native Americans. After claiming California for England explored the West Coast of modern America. He was looking for the famed North East Passage. He hoped that this would allow him to sail him via the Arctic Ocean. However, after he failed to find this (it does not exist), he continued undaunted down the western coast of South America. Here he continued raiding the Spanish settlements.

Eventually, despite storms and the attempts of the Spanish, the English seaman was able to get the Golden Drake, back to England. Here he was acclaimed as a hero. Queen Elizabeth I, personally visited him and went on board the ship the Golden Hind. Here she knighted the seaman and he became known as Sir Francis Drake.