This Day In History: A Riot In Attica Prison, New York Begins (1971) 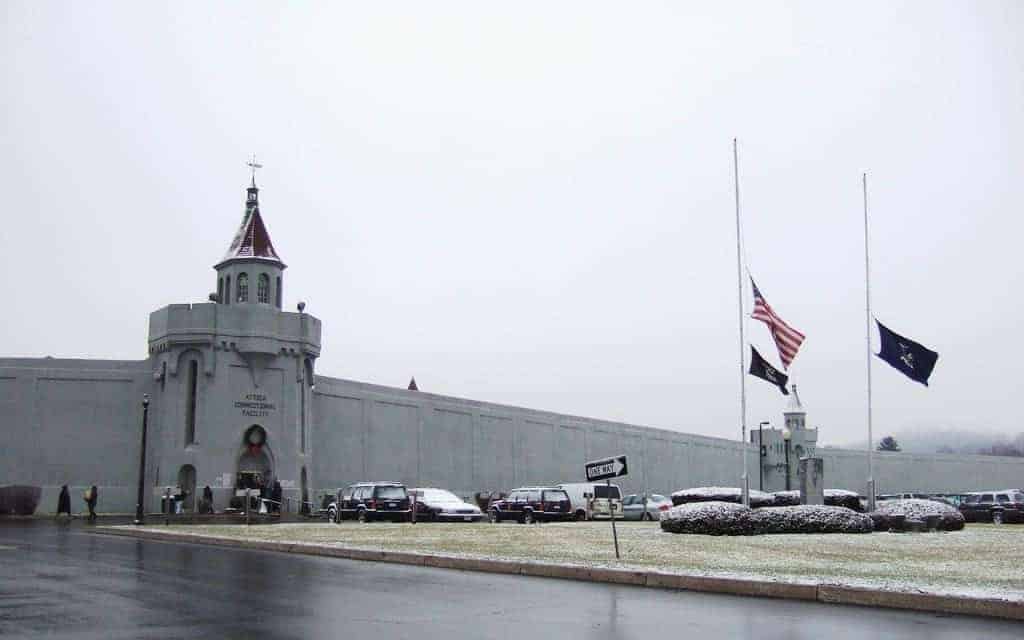 This Day In History: A Riot In Attica Prison, New York Begins (1971)

On this day in history prisoners riot and seize control of the Attica Correctional Facility near Buffalo, New York. The state police eventually retook most of the prison that day after a brief confrontation with prisoners. However, some 1200 prisoners using prison guards as human shields stayed in the prison yard. In total, some 39 guards were held hostage by the prisoners. Immediately negotiations begin between the prisoners and the authorities. The prisoners made many demands and it soon became apparent that the negotiations are going nowhere. This persuaded the state police to launch a raid to rescue the prison guards being held hostage. The police using tear gas and submachine guns, had easily regained control of much of the prison with no casualties. This persuaded them that a show of force would intimidate the prisoners into surrendering. The prisoners had blindfolded the hostages and encircled them. The Governor of New York State also sent in the National Guard to support the police as they attempted to rescue the hostages.

However, the disastrous raid launched on September the 13th. It began when helicopters dropped tear gas on the prisoners and for reasons not clear the police and the National Guard began to fire. Some 3000 rounds are believed to have been fired. It was a bloodbath. There are also reports of summary executions of prisoners and ill-treatment.

In total, some 10 hostages and 29 inmates are killed in the botched raid and almost one hundred people are seriously injured. There was a national outcry over the raid and many believed that the raid was unnecessary and that the state police were responsible for the bloodbath.

The prisoners had rioted after conditions in the summer of 1971 had become intolerable.

Many Attica prisoners, influenced by left-wing groups and the Black Panthers began to regard themselves as political prisoners rather than convicted criminals. On this day in history, the prison erupted. They took advantage of a faulty gate in order to take control of the prison. Soon a mob of 2000 prisoners with makeshift weapons is on a rampage. One guard was thrown out a second-story window and later dies in hospital from his injuries.

The official version was that the ten hostages had all been killed by the prisoners. There was even a story spread that one hostage had been castrated. However, these reports were all later proven to be false.

In total, some 43 people are believed to have been killed in what was the worst prison riot in American History. The prison guards are accused of committing torture after the retaking of the prison. One allegation was that prisoners are forced to crawl naked over broken glass in the prison yard. In 2000 many prisoners received compensation for their ill-treatment in the wake of the riot. However, the families of the hostages did not receive any compensation, which remains controversial to this day.

Liberation School – Attica: The Making and Significance of a Heroic Prison Uprising