This Day In History: Wild Bill Hickok Kills A Man In Kansas (1869) 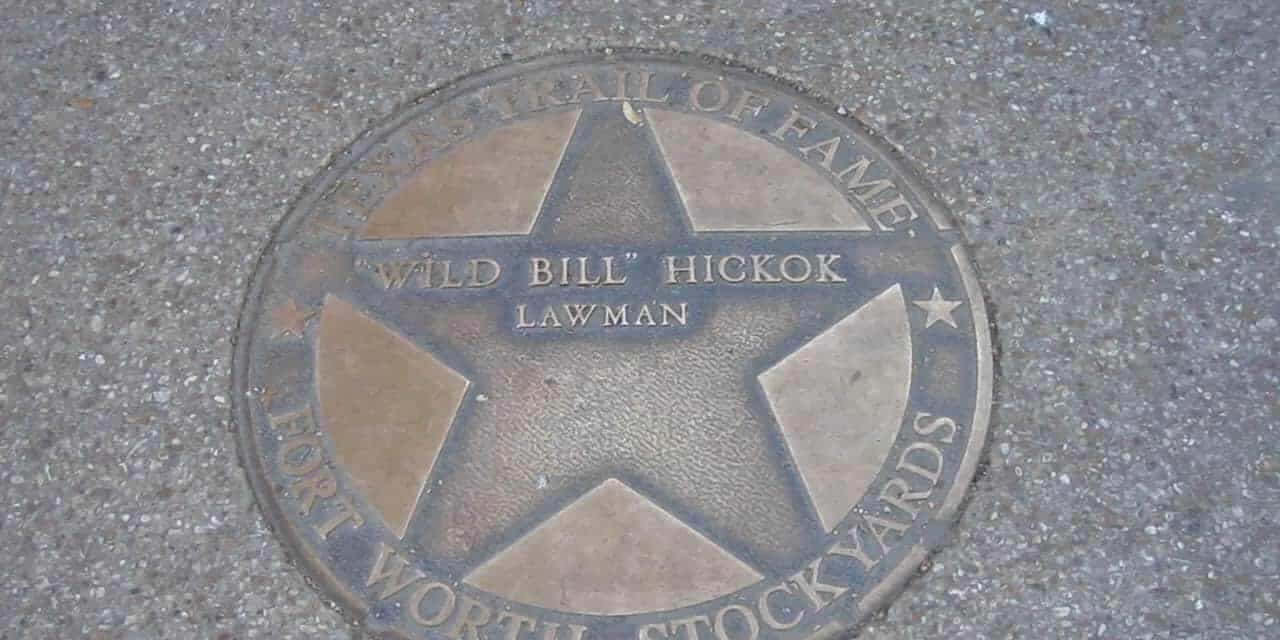 This Day In History: Wild Bill Hickok Kills A Man In Kansas (1869)

In 1869 there was a riot in a local salon in Ellis County, Kansas. In the middle of the night the Sheriff, none other than, Wild Bill Hickok was called to respond to the incident. He took with him his deputy. It appears that one of the local troublemakers was up to his old tricks. A thug by the name of Strawhun and his little gang were tearing up a local saloon and attacking the customers. Hickock arrives and he tells the gang to stop and leave. Strawhun told Hickock to get lost and he attempted to draw his gun, but Wild Bill was quick on the draw and he shot the troublemaker dead- that ended the trouble in the saloon.

Wil Bill was not a man to tolerate lawlessness on his watch. James Butler Hickok was a fearless man ad one of the west’s true legends and he was an ideal lawman for a town full of rowdy and pistol toting cowboys. The good citizens of Ellis County, with its principal town of Hays City, were sick of the wild antics of cowboys and feared for their lives and property. They decided to hire a man who would impose law and order on the county. They hoped that Wild Bill would sort out the violent and drunken cowboys and buffalo- hunters.

They hoped the famous “Wild Bill” could restore peace and order, and in July of 1869, elected him as interim county sheriff, on a generous salary. It was not a job for the faint-hearted.

Wild Bill was an impressive figure, tall with a big mustache and flowing long hair. He was something of a boaster and was later addicted to gambling. However, he was a deadly shot and was a great gunfighter and he did not know fear. He was a fearsome figure and he frightened many cowboys. After he came to town the cowboys and the buffalo hunters began to calm down. Hickok would stand “looking at everything and everybody under his eyebrows-just like a mad old bull.” He scared the hell out of the local ruffians and outlaws. The citizens of Ellis County grew wary of their new sheriff. Prior to killing, Strawhun Wild Bill had killed a soldier who would not drop his gun. The law and order situation improved but many started to wonder about Wild Bill’s predilection for violence and shooting first and asking questions later. A recall election was called and after only 4 months Wild Bill lost his job as sheriff. He was to become a sheriff in other states and he did not change his style.

Wild Bill was too restless a character to stay a lawman for long and none of his terms as a lawman lasted long. After his last attempt to be a lawman he became a professional gambler and not a very good one and he was later murdered playing cards in Deadwood, Montana.