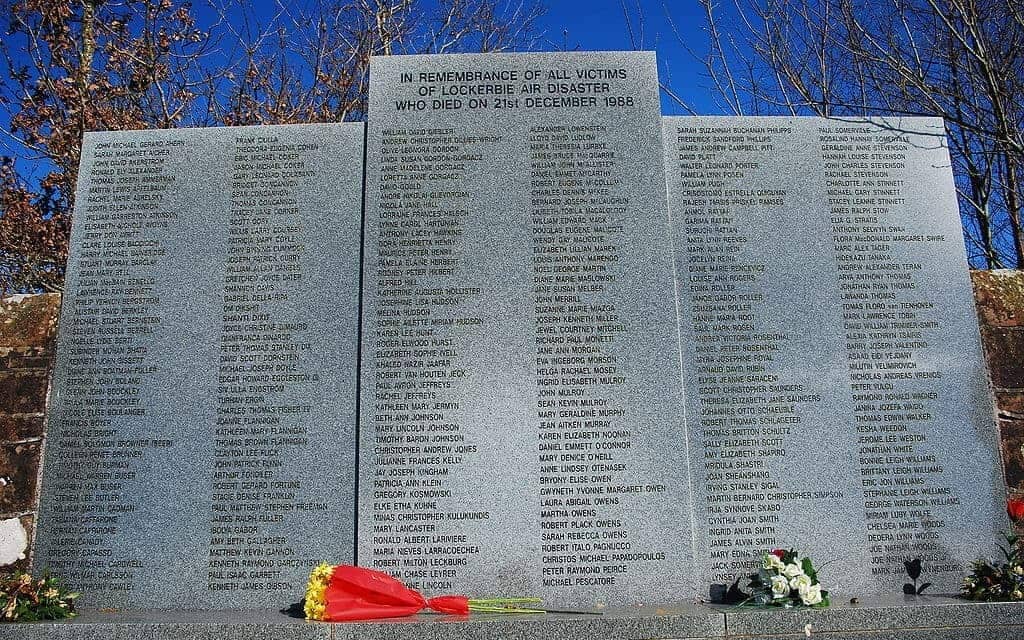 On this day in 1988, an airplane was blown out of the sky, full of people going home for Christmas. On this date, Pan Am Flight 103 that was flying from London to New York explodes. The wreckage of the plane fell on the small town Lockerbie, Scotland. The explosion killed all 243 passengers and 16 crew members aboard. The wreckage that fell in Lockerbie killed villagers. The cause of the explosion was most likely a bomb that was packed into a small video cassette that was in the luggage hold. The bomb was not large but it exploded mid-air and caused enough damage tot down the plane. The explosion was the biggest mass murder in British history and resulted in the largest criminal investigation. The majority of those killed were Americans but people from all over the world died when the plane was blown out of the sky. Islamic terrorists were immediately the chief suspects. Later it was established that some terrorists had planted the bomb on the plane while it was landed in Frankfurt, Germany. The instigator of the attack was believed to be Mumar al-Qadafi’s, the dictator of Libya and a known supporter of terrorists. It was widely believed that the Libyan leader had ordered the attack in revenge for the American raids on his country in 1986. In these raids, the youngest daughter of the Libyan dictator was killed. On the other hand, some suspected the Iranians of being responsible for the attack in revenge for the downing of an Iranian airliner that was mistakenly shot down by an American warship, earlier in 1988.

The bombing it is widely believed could have been prevented. The American embassy in Finland was tipped off about the plan to plant a bomb but the intelligence agencies did not act on it. In 1991 a joint British and American investigation blamed two Libyan agents, for being responsible for the bombing of the Pan-Am flight. America and Britain demanded that they are extradited to face charges in Scotland. The Libyans refused to hand him over and this led to sanctions being imposed on Libya. In 1999 Qaddafi agreed to send the two men for trial in Scotland. One was acquitted and the other was sentenced to life in prison. However, he was later released in 2009 because he had only months to live. This infuriated the US and later it emerged that the released, agent was in good health and living in the Libyan capital long after he was supposed to have died.

In 2003, Libya accepted responsibility for the bombing, and they paid compensation to the families. This did not satisfy many families, especially since the Libyans did not express sorrow. Pan Am Airlines, which later went bankrupt sued the Qaddafi government and was awarded 30 million dollars in compensation. The Libyan dictator was overthrown in a revolution and he was summarily executed by rebels.