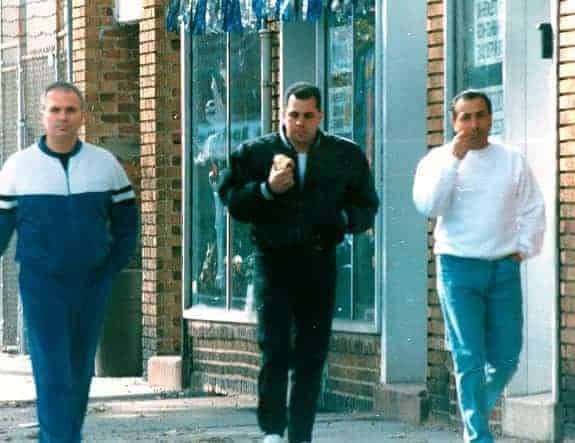 On this day John Joseph Gotti, Jr., the future head of the Mafia Gambino crime family was born in 1940. He was born into a large and poor family in the Bronx. As a child, he was so poor that he was usually dressed in rags, although in later life he became known for his dress sense and became known as the Dapper Don. John was not interested in school and he had to earn money for his family and so he started to run errands for local gangsters. The young Gotti also joined a notorious street gang that would torture members of rival gangs. Gotti soon became a full-time criminal and in 1960 he was arrested for hijacking trucks leaving JFK airport in New York. He was sentenced to three years in prison. In the 1960s he joined the Mafia. In 1974 he was complicit in the killing of a mobster who had killed the nephew of his own boss. Gotti was only sentenced to four years but he was regularly allowed day release and would visit family and friends. After his release in 1977, he headed his own crew in the Gambino family the most powerful of New York’s Mafia families. In total, there were five Mafia families who dominated the Big Apple’s criminal underworld. John Gotti soon began to gain more power in the Gambino family. The ordinary members of the Gambino family had become disenchanted with the boss Paul Castellano, who they believed was too cautious. Gotti seized control of the Gambino Crime family in 1985 when he assassinated Castellano and the ‘under-boss’.

John Gotti soon became known as the ‘Teflon Don’ because of his uncanny ability to evade justice. The FBI caught him on tape admitting his part in racketeering but he beat the charge after he bribed and intimidated the jury. The foreman of the jury was later convicted for accepting a bribe from the Mafia and sent to jail. Gotti was ruthless and he ordered the murder of anyone who got in his way. He was very much feared. He also unlike his predecessor was not afraid of publicity and soon he became something of a celebrity. He was the public face of the Mafia in the late 1980s and early 1990s. However, his luck ran out in 1990 and he and several other Mafia members were arrested at a club in Little Italy, New York. One of his most trusted associates Sammy ‘the Bull’ Gravano became a state witness and testified in court against him. In 1992 a jury found him guilty of thirteen charges including several murders. Gotti was incarcerated in the US Penitentiary in Illinois. Here he could not bribe the warders or prison officials and he had to endure the harsh conditions of an ordinary convict. Gotti, formerly, the most powerful criminal in New York if not America was locked in his cell for twenty-three hours a day.

In 2002, John Gotti died of throat cancer at the age sixty-one at a hospital for federal prisoners in Missouri.