This Day In History: Jack The Ripper Kills His First Victim 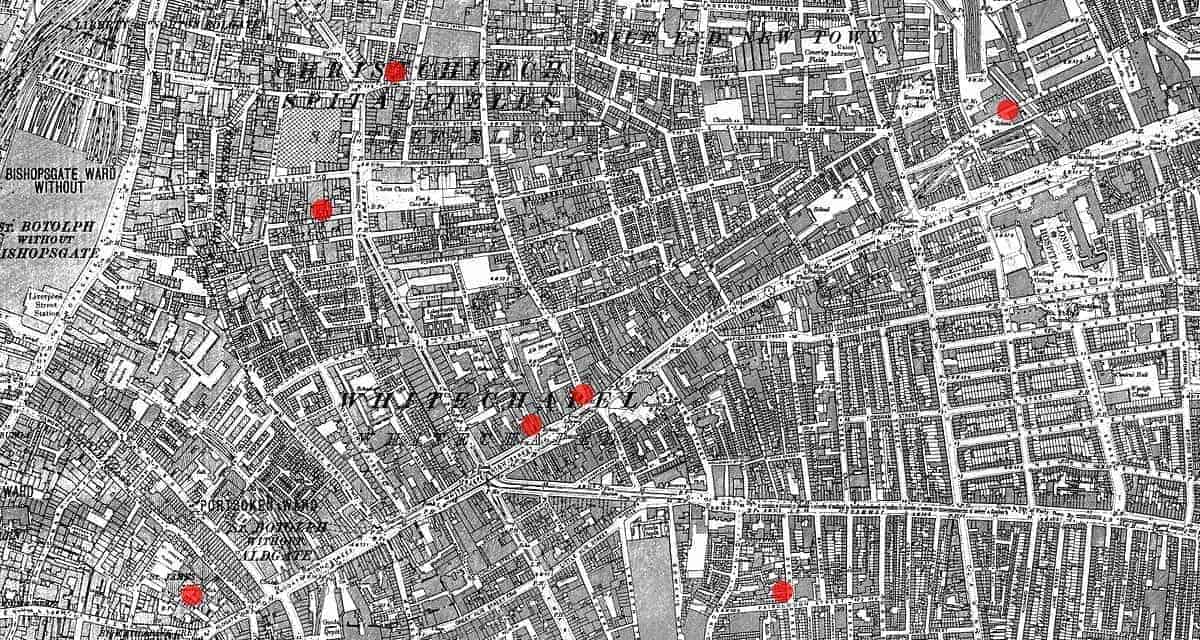 This Day In History: Jack The Ripper Kills His First Victim

On this day in London in 1888, the notorious serial killer ‘Jack the Ripper’ murders his first victim. His first victim was a prostitute, by the name of Mary Ann Nichols, she is found murdered and mutilated in Whitechapel’s Buck’s Row, in the East End of London. This area was the poorest in London and was a vast crime ridden slum. The area was to see four more victims of the murderer during the next few months. The area and the entire city of London was terrified by the attacks. The notion of a serial killer was not known and the idea that a person could kill others in such a brutal way. Jack the Ripper was arguably the first killer to be regarded as a serial killer.

The East End of London was associated with prostitution. It has been estimated that there were at least 1000 prostitutes in the area. They were usually poor and many were new to the city. They were forced to sell their bodies because of poverty. They were a very vulnerable group and they were easy prey for the serial killer.

A serial killer began targeting the women in the summer and autumn of 1888. A few weeks after the killing of Mary Ann Nichols he attacked and killed his second victim, Annie Chapman. Then on September the 30th two more prostitutes, Liz Stride and Kate Eddowes were murdered in a most brutal fashion. Their bodies had been mutilated. Accounts of these deaths were widely reported in the newspapers and they shocked Victorian England and the wider world.

By this time, the police have established the pattern for the killer. The murderer offered to pay the women for sex and he would take his victim to a quiet and dark place. Then he would produce a knife and slit their throats. As they bled to death the killer would slash and stab them in a frenzied attack.

London’s police, lacked modern forensic techniques such as fingerprinting and blood tests, and had no strong leads. They arrested and interrogated many men, especially those who were known to frequent prostitutes.

Many letters were sent to the police in relation to the killings. One of them caught the attention of the public when it was reported. Two letters written by the same person, in very bad English, were both signed Jack the Ripper.

These letters signed “Jack the Ripper,” gave rise to the serial killer’s name. Some have argued that without the name that the killings would not be remembered now.

On November the 7th, after a month of silence, Jack the Ripper killed his last victim. She was an Irish immigrant, by the name of Mary Kelly, an occasional prostitute, and an unemployed domestic servant. Of all his victims’ corpses, Kelly’s was the most hideously mutilated. She was unrecognizable after the attack and she had been practically disemboweled. In 1892, the Ripper case file was closed as the killings had apparently ended and no new leads had been found. There has been much speculation about the identity of the killer, it has intrigued the public ever since. Countless books have been written claiming to reveal the identity of the most famous serial killer of all time.