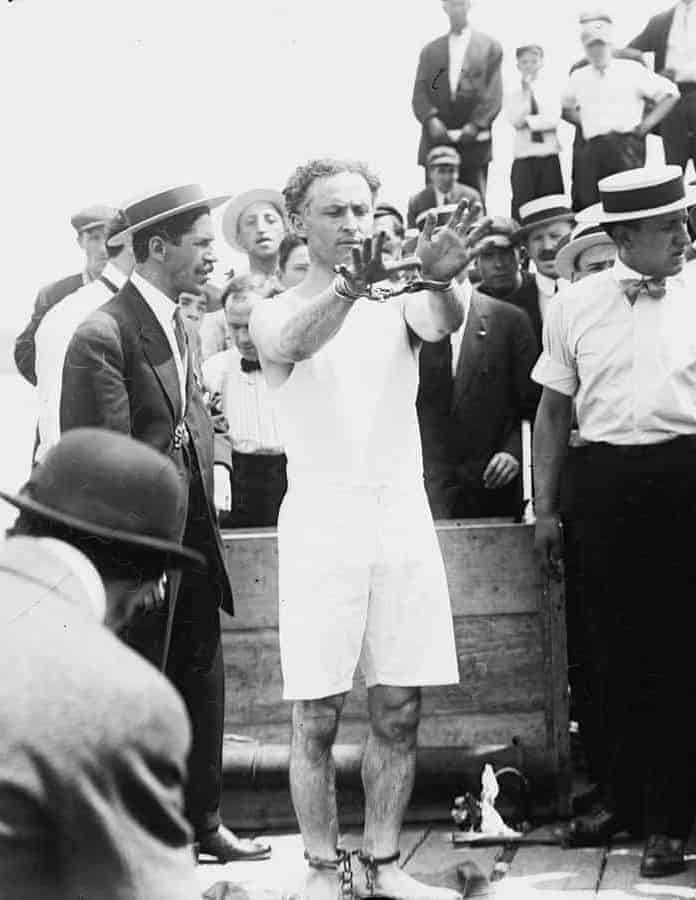 On this day in history, perhaps the most famous magician and illusionists died. Harry Houdini, the famous magician and escape artist passed away on this day in in 1926.  The great Houdini died of peritonitis in Detroit. The cause of his death was a result of a blow to his stomach. Houdini was giving a demonstration of his amazing powers of endurance and strength and he asked a member of the public to hit him in the stomach. Houdini asked a member of the public to hit him hard in the stomach but the man hit him before he was prepared. The punches to the stomach resulted in Houdini’s appendix rupturing. This did not stop him performing that night but he later fell very seriously ill and had to be hospitalized.  Surgeons operated on him to save his life but they failed.  Houdini lingered for twelve days, but he died on this day in 1926. His death was widely reported around America and the world. Houdini was 52 when he died.

Houdini’s real name was  Erik Weisz, who was born in Budapest in 1874, the son of a rabbi.  As a boy he emigrated to the United States like so many other Eastern European Jews, at the time. The Weisz family settled in Wisconsin and soon the young Erik was displaying extraordinary abilities. He could pick any lock and he was an amazing acrobat. From an early age, it was evident that he would be an entertainer. The young Eirk joined a travelling circus at the age of nine and he was to be an entertainer for the rest of his life. It was about this time that he adopted the stage name of Houdini.

By 1907 Houdini began to perform dangerous and dramatic routines such as being chained in a water tank. Soon Houdini was conducting many spectacular tricks and escapes and these made him world-famous. Once he was suspended from a skyscraper while he was bound in a straitjacket. On another occasion he was bound and buried under six feet of earth. He managed to escape from all of these to the amazement of the public.