This Day In History: Hitler Is Wounded In A Gas Attack (1918) 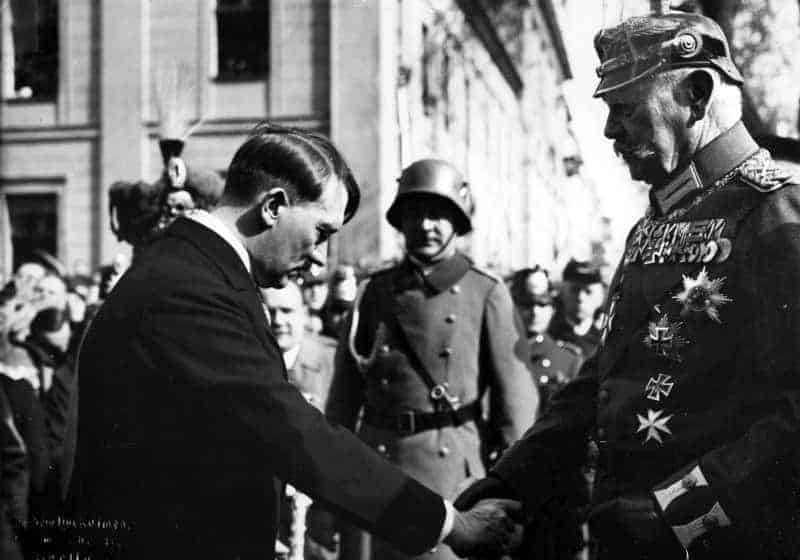 This Day In History: Hitler Is Wounded In A Gas Attack (1918)

On this day during WWI Adolf Hitler, the future leader of Nazi Germany was wounded during a gas attack on the Ypres Salient on the western front. In the attack, Hitler was temporarily blinded and he had to be evacuated to a field hospital and later taken back to Germany.

Hitler was an Austrian citizen and he had been drafted into its army but was ultimately rejected because of poor health prior to WW I. In 1914, he was living in Munich and he volunteered for the German army, at the outbreak of war and he received a special dispensation to serve in the Kaiser’s army. He enlisted in the 16th Bavarian Reserve Infantry Regiment. He was sent to France in the Fall of 1914 and he served at the First Battle of Ypres. In that same battle, he was awarded the Iron Cross for his bravery and for saving a wounded comrade. Hitler made it to the rank of corporal and he often acted as a messenger, which was a highly dangerous job. While serving on the Front Line he escaped death or serious injury many times.

Hitler fought in some of the most important battles on the Western Front, including the Somme. In 1916 he was wounded in the leg by shrapnel. He was sent to Germany for some months and was shocked by what he saw as the defeatism of the German population. His colleagues recall him ranting about the German population and deplored their lack of commitment to the war. Hitler was a fanatical German nationalist and in the war, he had found a purpose in life. Prior to the war, he had been a poor artist who had no real success and was often forced to live in hostels.

Hitler was not popular with his colleagues and he was seen as something of an oddball or crank. However, none could say that he was no a fine soldier and exceptionally brave. On one occasion in 1918, he captured a group of French soldiers single-handedly and for this he was awarded the Iron Cross First Class, an unusual award for an ordinary soldier. Despite his valor, the young Hitler never rose above the rank of Corporal.

He was recovering from the gas attack when he heard news of the Armistice. He believed that the German army had been stabbed in the back. He later claimed that he made the decision in a hospital bed, to dedicate himself to restoring Germany to greatness, again. Hitler was decisively influenced by his experiences in WWI and it helped him to develop his own ideology, as expressed in Mein Kampf.