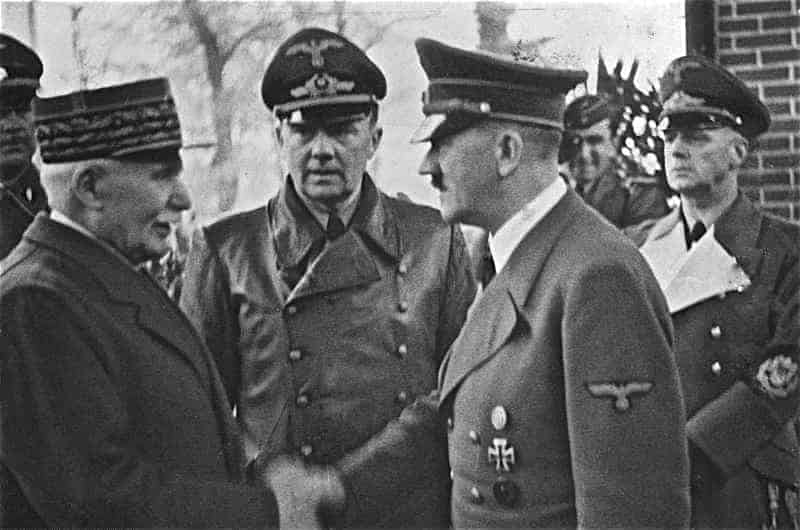 In the aftermath of the German victory over France and Britain Hitler had occupied most of France in 1940. The Nazis decided not to occupy all of France and they allowed a puppet regime to administer much of the south of France. This regime was called Vichy France after the town by that name. Vichy France was headed by Field Marshal Petain and he largely collaborated with the Germans. The Vichy government also secured the loyalty of many of the French governors throughout the French Empire. Hitler had hoped that the Vichy government would help the German war effort but Petain largely ignored any German pleas for help. This is despite the fact that Petain claimed that both Vichy France and Germany would work together. Petain in reality hated the Germans and he simply sought to keep the Germans out of Vichy France and France’s colonies. Indeed he appears to have sheltered some members of the anti-fascist resistance fighters.

Vichy France’s position became untenable two years later when an Allied force invaded the French colonies of Morocco and Algeria. They were supported by the Free French who were led by De Gaulle who wanted the complete liberation of France. Many Vichy French forces defected to the allies and this greatly concerned the Germans. Hitler did not trust Vichy France and especially Petain. The Vichy navy was very large and Hitler was worried that it could fall into the hands of the Free French it could be used to attack German occupied France or Italy. The admirals in the Vichy French navy became aware of the growing German interest in their naval forces and they did not want Hitler to seize their ships and possibly to turn them on their fellow countrymen, the Free French. The Vichy admiralty decided to scuttle their ships rather than allow them to fall into the hands of Hitler. This enraged Hitler and contrary to the agreement of 1940 he ordered his troops into Vichy French territory. However, after this the French Resistance became very active in the area.

There was little opposition to the invasion and the occupation of Vichy France and as a result, all of France came under the control of the Nazi regime. Petain remained as a figurehead in Vichy but real power was now with the Nazis and pro-German collaborators. The German occupation was made easier by the collaboration of many French people with far-right sympathies. The Germans continued to occupy France for another two years until the D-Day landings in June 1944. The area that was ostensibly governed by the Vichy French regime was liberated by an allied invasion force in 1944.