This Day In History: The Gunfight At The OK Corral (1881) 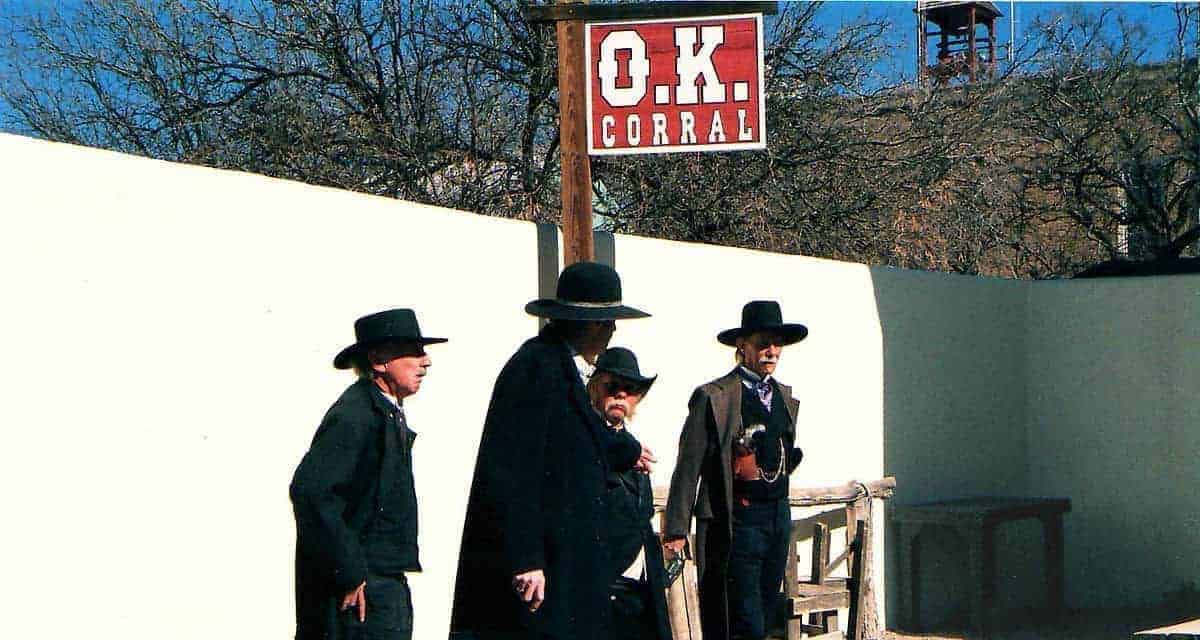 This Day In History: The Gunfight At The OK Corral (1881)

On this day in 1881, in the Old West, one of the most famous gunfights of all time took place. On this date in 1881, the Gunfight at the OK Corral shook the western town of Tombstone, Arizona. The gunfight was a shootout between the Earp brothers and Doc Holliday and the Clanton-McLaury gang.

Tombstone was a boomtown after the discovery of a rich seam of silver in the area in 1877. It quickly became a very rich mining town and with its new found wealth there came trouble. The silver brought many undesirables and troublemakers. The law in the town was the Earp brothers. Virgil Wyatt was the town marshal and he was backed up by his brother Morgan and Wyatt. The Earp brothers were tough cowboys who were ruthless and often accused of overstepping their powers. They soon came into conflict with the Clantons and the McLaury’s a gang of cowboys who were reputed to be rustlers and worse, there were even rumors that they were murderers. In October 1881, tensions between the two factions exploded. The two groups fought each other at the OK Corral for control of Tombstone.

The Earps were joined by ‘Doc’ Holliday, a gambler and gunslinger. They were four of them total and they spotted five members of the Clanton and McLaury gang loitering in the OK Corral. The Earps decided to deal with the gang of cowboys once and for all. The two groups confronted each other in the Corral. Perhaps the most famous gunfight in the west was over in thirty- second and some three dozen bullets were fired. No one is sure who fired the first shot. Some reports say that Virgil Earp shot Billy Clanton in the chest first and that Doc Holliday blasted one of the Mac-Laury’s with a shotgun. Wyatt Earp shot Frank McLaury, who shot back at the Earps. After the shots – silence descended on the scene and when the dust settled three members of the Clanton-McLaury gang were dead, Virgil and Morgan Earp were shot and Doc Holliday was seriously wounded.

After the gunfight, Sheriff John Behan of Cochise County, who had seen the gunfight charged the Earps with murder. However, they were later cleared by a jury who believed their claims that they had killed the two cowboys in self-defense.