This Day In History: The First Battle Took Place Between White Settlers in North America (1565) 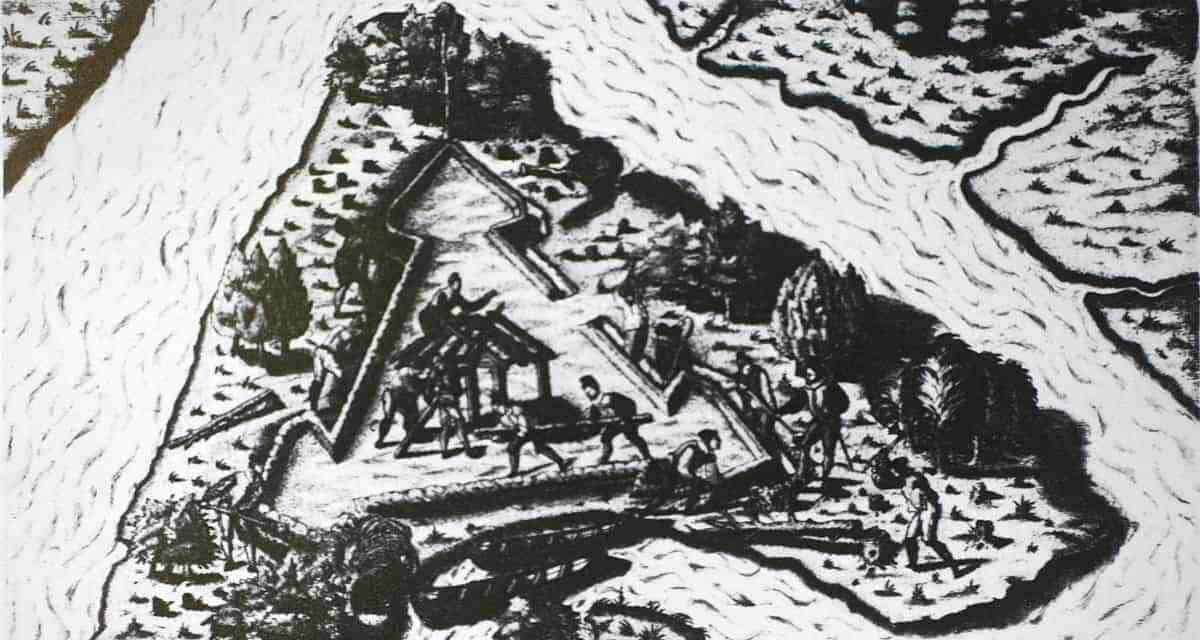 This Day In History: The First Battle Took Place Between White Settlers in North America (1565)

On this day in history, there took place the first recorded battle between Europeans on North American soil. There had been many battles between native Americans, but today there took place the first battle between white men. In the early 1560’s French Protestant known as Huguenots fled persecution and war in their native land. The sailed like so many refugees since, for the New World, with the encouragement of the leaders of the Huguenots. They established themselves in the modern state of Florida, which had earlier been explored by the French. The established a settlement near present-day Jacksonville, and here they could freely practice their religion without fear of persecution. The called their settlement Fort Caroline Florida. However, there was a problem, the Spanish laid claim to the entire Continent of America. They had claimed Florida before the arrival of the French Huguenots and they were angered by what they saw as foreigners establishing themselves on their territory without permission. This was the era of the Counter Reformation and Catholic Spain was deeply anti-Protestant. They were appalled by the fact that French Protestant had established themselves in the New World and feared that they would spread Protestantism among the Indians. The Spanish decided that they had to drive the French Huguenots from their country. Phillip II the Spanish King and the most powerful man in Europe and American personally ordered that the Spanish in America drive the Huguenots from the area and establish a permanent settlement in the region.

In early September 1565, Aviles founded San Augustin on the Florida coast, which would later grow into Saint Augustine. This is regarded as the oldest city in North America. It was established to safeguard the Spanish interests in Florida.

Spanish forces under Pedro MenÃ©ndez de AvilÃ©s attacked the French Protestants in early 1565. The French did not have a chance against the larger and well-equipped Spanish force. De Aviles captured the French Huguenot settlement of Fort Caroline. The French, commanded by Rene Goulaine de Laudonniere, lost 135 men in the first instance of colonial warfare between white soldiers on American soil. The majority of the French killed died after the battle. Most of those killed were massacred on the order of the Spanish commander Aviles, who had many Huguenots hanged on trees beside the sign “Not as Frenchmen, but as heretics.” Such brutality was typical of the time. During the Religious Wars in Europe, no quarter or mercy was shown to those deemed heretics or religious dissenters. The leader of the French Huguenots, Laudonniere and some 50 other Huguenots escaped. Fort Caroline was taken over by the Spanish.

The French defeat at Fort Carolina persuaded France to refocus its colonial efforts in America far to the north, in what is now Quebec in modern Canada.