This Day In History: The Entebbe Raid Took Place (1976) 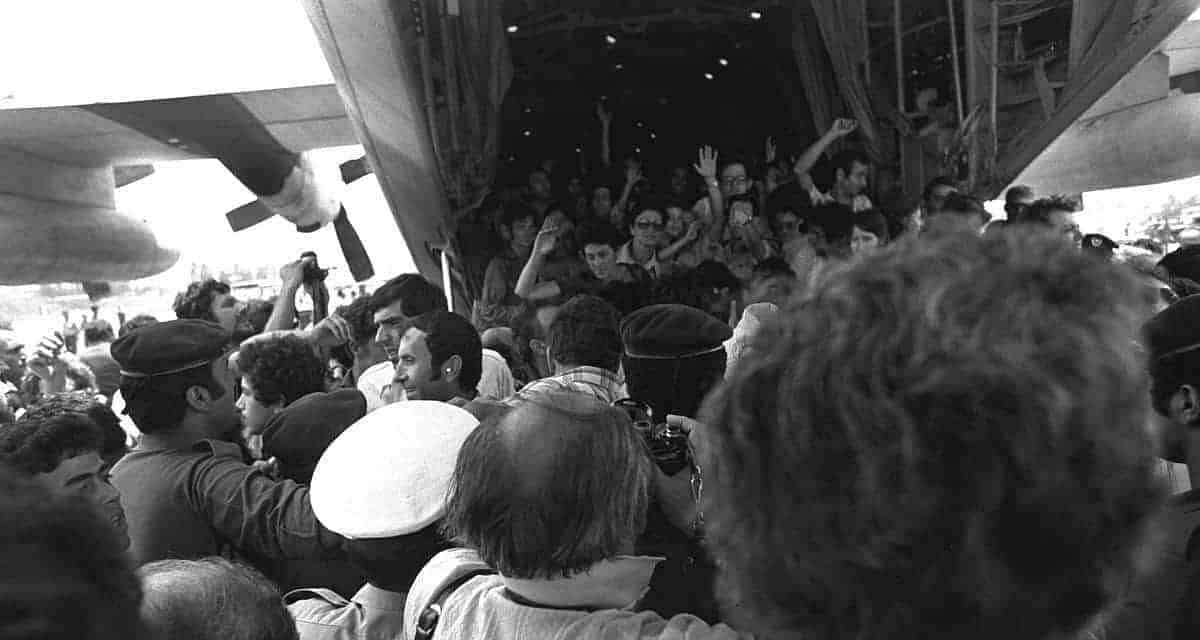 This Day In History: The Entebbe Raid Took Place (1976)

This day in history one of the most famous special operations raids took place. It has earned a unique place in history and is still studied today by security experts.

On this day in 1976, the Israeli government launched the Entebbe raid. Some days earlier an Air France jet was hijacked by Palestinian terrorists and some left-wing German terrorist. They forced the plane with many Israeli passengers on board to fly to Uganda. That country was then dominated by the brutal dictator Idi Amin. He allowed the hijackers to land and even protected them with soldiers.

The hijackers demanded the release of some 40 Palestinian hostages. The separated the Israeli and Jewish passengers from the rest and placed them in a separate room. The hijackers released all the non-Jews and they threatened to kill the Israeli hostages if their demands were not met.

This prompted the Israeli government to launch the hostage rescue operation. They dispatched a plane with 100 commandos to recuse the hostages. The had the support of the Kenyan government, who allowed the plane carrying the commandos to land in their country and they also supplied them with intelligence. From Kenya, the Israeli raid was launched. The commandoes who took part in the raid were some of the finest members of the Israeli army and also veterans of many battles and secret operations.

The operation, which took a week of planning, lasted an hour and a half. The Israeli commandoes attacked the airport at night and used the cover of darkness to surprise the hostage takers and the Ugandan army. After some fierce fighting, the hostages are rescued. In total, some 102 hostages were rescued. The commander of the rescue unit Lt. Col. Yonatan Netanyahu, was killed. Some three hostages died during the rescue. The Israeli commandoes killed all the hijackers and some 50 elite Ugandan troops. They also destroyed a lot of the Uganda air force, including Mig fighters. This was to teach Idi Amin a lesson and teach him not to support or facilitate terrorists.

In his fury, the dictator ordered the slaughter of innocent Kenyans in Uganda. It is not known how many were killed.
Operation Entebbe, which had the military codename Operation Thunderbolt, is sometimes known as Operation Jonathan in memory of the unit’s leader, Jonatan Netanyahu. He was the older brother of the current Israeli leader Benjamin Netanyahu.

The Entebbe raid is considered the greatest hostage rescue operation in history. It was also important as it persuaded many other nations to emulate the Israelis and to take a hard line to terrorists. This meant that the plague of terrorist hijacking was ended by the late 1980s.