This Day In History: Congress Votes Prohibition Into Law (1919) 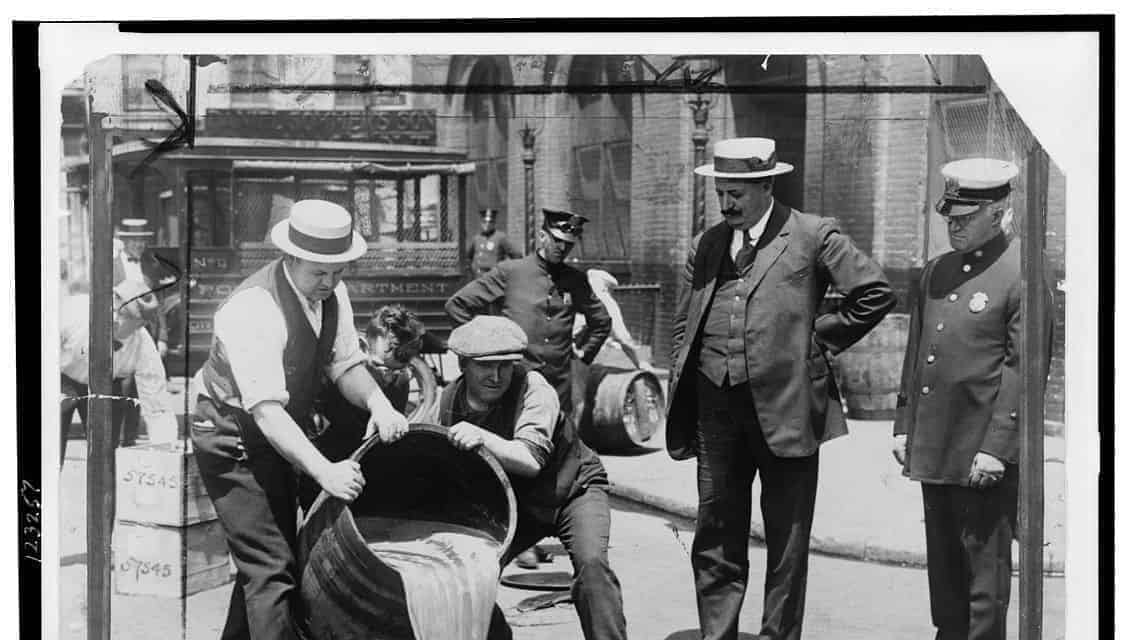 This Day In History: Congress Votes Prohibition Into Law (1919)

On this day in history, the Houses of Congress pass an Act that effectively outlaws the sale and distribution of alcohol. On this date, the Volstead Act comes into force. The Act was a deliberate attempt to make sure that Americans abstained from alcohol. The Act received bipartisan support, but it was very controversial. The then President Woodrow Wilson was opposed to the Act and he had previously vetoed it. He was opposed to alcohol consumption and believed liquor to be responsible for a host of social evils. Wilson believed that the Act would only drive the problem underground. Despite this Congress passed the Volstead Act and it provided for the enforcement of the eighteenth amendment of the American Constitution. The Prohibition Amendment as it came to be known effectively outlawed a previously legitimate business namely the sale and distribution of alcohol. The Act was sent to the various states who ratified the Volstead Act by a large majority.

Congress passes the Volstead Act over President Woodrow Wilson’s veto. The Act obliged the police and other bodies to enforce the Act. As a result breweries and distilleries around the country were ordered to shut. Countless saloons and bars up and down the country were obliged to close down. The piece of legislation also set out a range of punishments for those who continued to retail and distributed alcohol.

The Prohibition Amendment was a result of decades of public pressure and agitation. Alcohol and drunkenness were seen as the scourge of society. The led to the formation of Temperance Societies which promoted abstinence from alcohol. These groups were very popular and they were backed by the Churches and patronized by many prominent political leaders. They regularly lobbied Congress to prohibit the sale and manufacture of alcohol for the sake society and the moral and spiritual welfare of ordinary Americans.

The Volstead Act created a special agency to enforce prohibition. There were strenuous efforts to crack down on the manufacture and sale of alcohol. However, as Wilson predicted the Act only drove the liquor trade underground and it increasingly fell into the hands of organized criminals. Countless raids were conducted by police and other agents of the law to destroy those illegally making or selling alcohol. These all failed to control the illegal business in liquor. Despite Prohibition, alcohol was freely available to those who could pay. Prohibition was ended in 1933, by the 21st Amendment. In the aftermath of the Great Depression, the American government needed a new source of revenue and they legalized the drinks industry in order to tax it. Prohibition was widely seen as a failure as it did not prevent drunkenness and alcoholism and the only beneficiaries of the policy were organized crime who made a fortune from ‘bootlegging’ the illegal manufacture and distribution of alcohol.