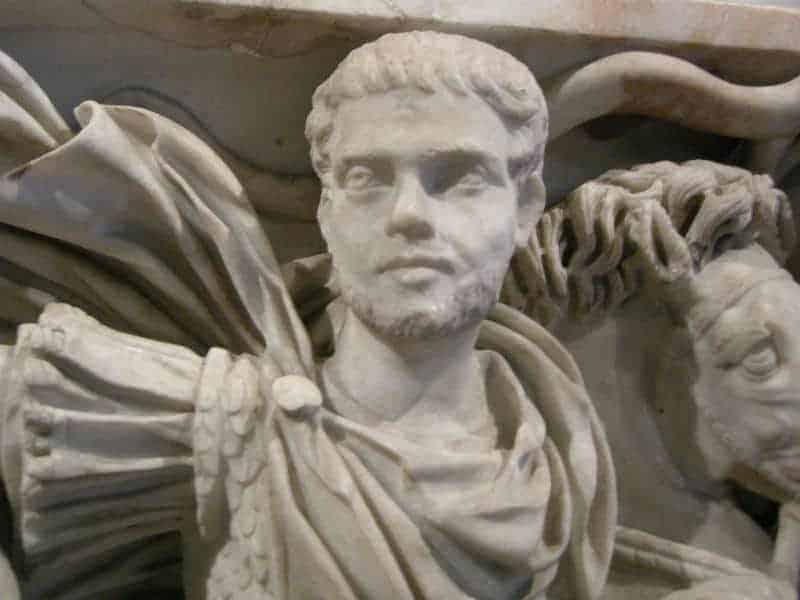 On this day the Roman Emperor, “Jovian” Flavius Augustus died. The rein of Augustus was short lived; he ruled for only eight months, from 363 until 364. Despite this, he made some deals that had a lasting effect on the Empire. His appointment as emperor was the result of some wild events, beginning with a death.

Jovian began as a guard and worked his way up the ranks until. Serving as a commander, he was traveling with the current emperor, Julian the Apostate when he died in the middle of his political campaign when in Mesopotamia, a battle broke out with the Persians.

Jovian was named emperor, an act thought by some scholars to have been the result of a name mix up. Nonetheless, as a devout Christian, he focused on monotheism; ending Pagan practices and reinstating Christianity as the recognized state religion. Going further than that, he banned religious rites outside Christian practices. Anyone caught worshiping their ancestral gods was punished.

Not much later, he went all out and began issuing orders that libraries be burned. The Christians loved him for this. Christian writers began writing him into their stories to celebrate, immortalizing their view of him heroism. The Christian religion he cast over the Empire far outlasted his rule.

While en route to Constantinople, Jovian died while camping between the cities of Ancyra and Nicaea. The cause of death is hypothesized to have been either caused by a mushroom or carbon monoxide fumes filling his tent. He was buried. The Empire recognized Christianity as its preferred religion until 1453.