This Day In History: US Embassy Hostages Are Freed (1981) 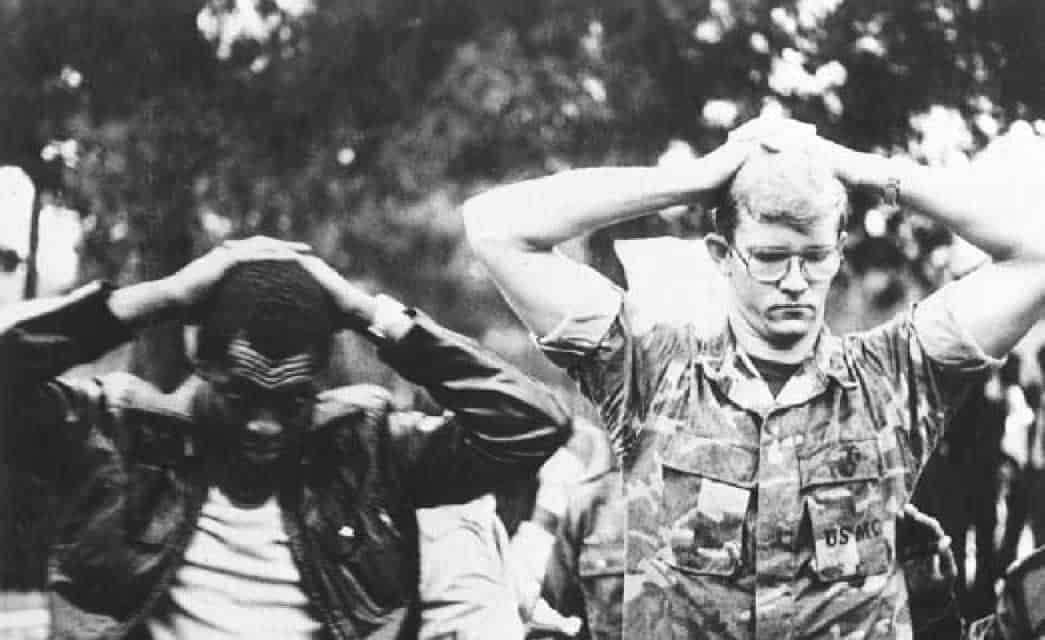 This Day In History: US Embassy Hostages Are Freed (1981)

On this day in history the Iranian hostage crisis, that lasted some 444 days was ended. The Iranians announced the release of the 52 American hostages they had held. The announcement that the hostages were freed came only minutes after Ronald Regan was sworn in as the 40th President of America.

The context of the hostage crisis was the Iranian Revolution. The s Shah of Iran was an autocrat and he was deeply unpopular with his people. They rose up and they eventually forced the Shah into exile. Soon Ayatollah Khomeini returned from exile in France and the Revolution was hijacked by Islamic extremists. The hostage crisis had begun when Iranian students stormed the US embassy in Teheran. They seized 72 members of staff and they held them captive. The students had been angered by the US granting asylum to the exiled Shah of Iran and his family. The Iranian government was sympathetic to the students and they allowed the students to hold the Americans captive.

Ayatollah Khomeini took control of the hostage crisis and he decided to use the captive Americans as leverage with the US. Khomeini was violently anti-American and he called the US government the ‘great Satan’. He refused all appeals by the international community to release the hostage. He did release some non-American captives that were held by the Iranians. He later released some female American hostages and some members of minorities. The Ayatollah agreed to their release because he claimed that they were discriminated against by the US government. The 52 remaining captives were detained by the students.

The hostage crisis was to dominate American politics for many months. In an effort to rescue the hostages the Carter administration ordered special forces to free the Americans, held in Teheran. The mission failed, when some helicopters broke down and two more crashed into each other. The failed rescue mission and cost the lives of eight US servicemen. President Carter’s final year in office was overshadowed by the crisis and it was a contributory factor in his defeat to Ronald Regan in the Presidential Election in November 1980.

After the failure of the rescue mission, negotiations began between the US and Iran. These talks were in secret and they were brokered by Algeria. The talks managed to break the deadlock. Iran was in desperate need of finance and agreed to release the hostages in return for 8 billion in Iranian assets that had been frozen in western banks. The hostages arrived in West Germany the day after they were released and they were greeted at the airport by former President Carter. The hostage crisis led to a breakdown in relations between Iran and America and they have not been mended to this day.