This Day In History: 'Buckskin' Leslie Kills 'Billy the Kid' Claiborne In A Gunfight (1887) 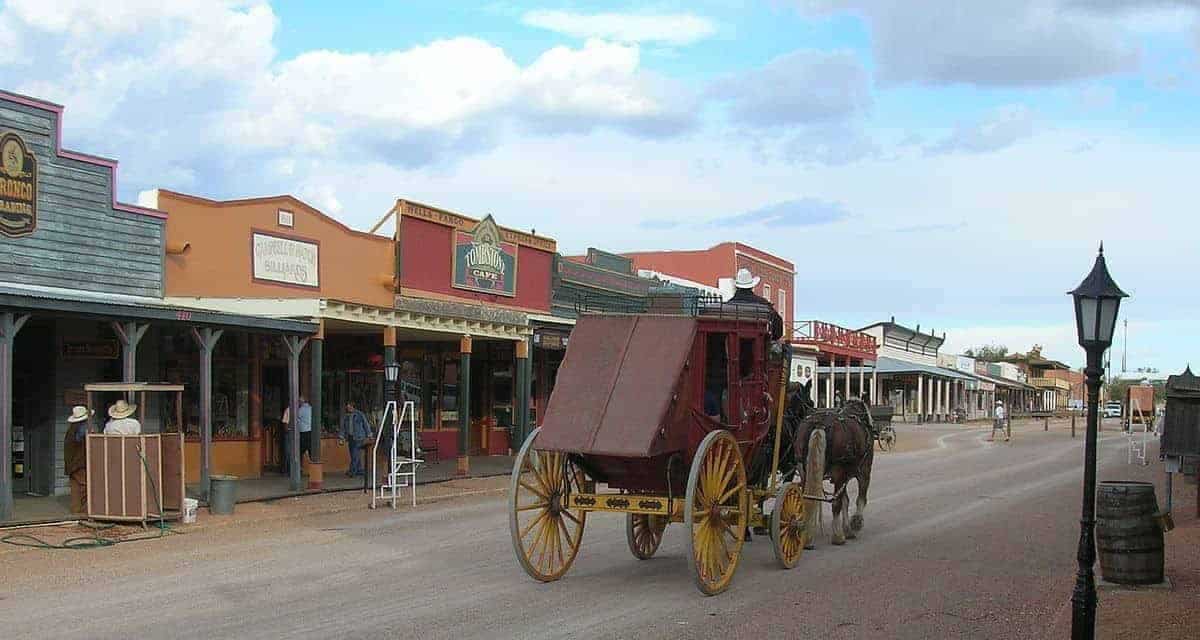 This Day In History: ‘Buckskin’ Leslie Kills ‘Billy the Kid’ Claiborne In A Gunfight (1887)

On this day, in 1887 there was a memorable gunfight in Tombstone, Arizona. In the shootout, the feared gunfighter Franklin Leslie, nicknamed ‘Buckskin’ shot dead another well-known gunslinger ‘Billy the Kid’ Claiborne.

The town of Tombstone had become a lawless place soon after the discovery of silver. It became renowned for its shootouts and gun fights. The best known of these gunfights was the shoot-out at the OK Corral and the subsequent bloody feud. There were many other gunfighters and outlaws in Tombstone at this time.

Franklin “Buckskin” Leslie was one of the most notorious outlaws in Tombstone at this time. He never achieved the fame of Wyatt Earp or a Doc Holliday, but he was a dangerous man.

Little is known as Leslie, other than he was a Texan. He liked to boast and tell tall tales and he claimed to have studied in Europe and that he had some medical training. He also claimed that he had worked as a scout for the army in their campaigns against Geronimo. The first hard facts about his life emerge in 1877 when he was actually working for the army as a scout. Soon he went to Tombstone in the hope of making it rich in the town after the discovery of silver. Leslie was a tough man and if he wanted it he went after it. He seemed to have had an affair with a married woman and he later killed her husband in a gunfight. He later married the woman. Leslie was a hard drinker and loved a fight. It is believed that he was involved in several other gunfights and may have killed several more men. One night a drinking companion of ‘Buckskin’ was found dead. The cowboy was the well-known Johnny Ringo. His friend was ‘Billy the Kid’ Claiborne. He should not be confused with the better known ‘Billy the Kid’, however like him he was also a desperado and a gunslinger. When Johnny Ringo was found dead, many blamed Leslie for his death. The dead cowboy had last been seen in the company of Leslie. Claiborne had been a good friend of Johnny Ringo and he wanted vengeance. He may also have wanted to have enhanced his reputation by killing the much feared ‘Buckskin’ Leslie. Claiborne publicly challenged Leslie to a gunfight after calling him a murderer. The two met in the street of Tombstone and they both drew their weapons at the same time. Leslie was that bit quicker and he managed to shot Claiborne who later died of his wounds.

Leslie’ was a very violent man and possibly a psychopath. He left his wife for a prostitute whom he later murdered when drunk. For this crime, he was sent to jail. After his release, he went to the Klondike and reportedly made a large fortune but he later disappeared and only turned up again several years later. It is believed that he lived to the ripe old age of 77 died in his bed in California.