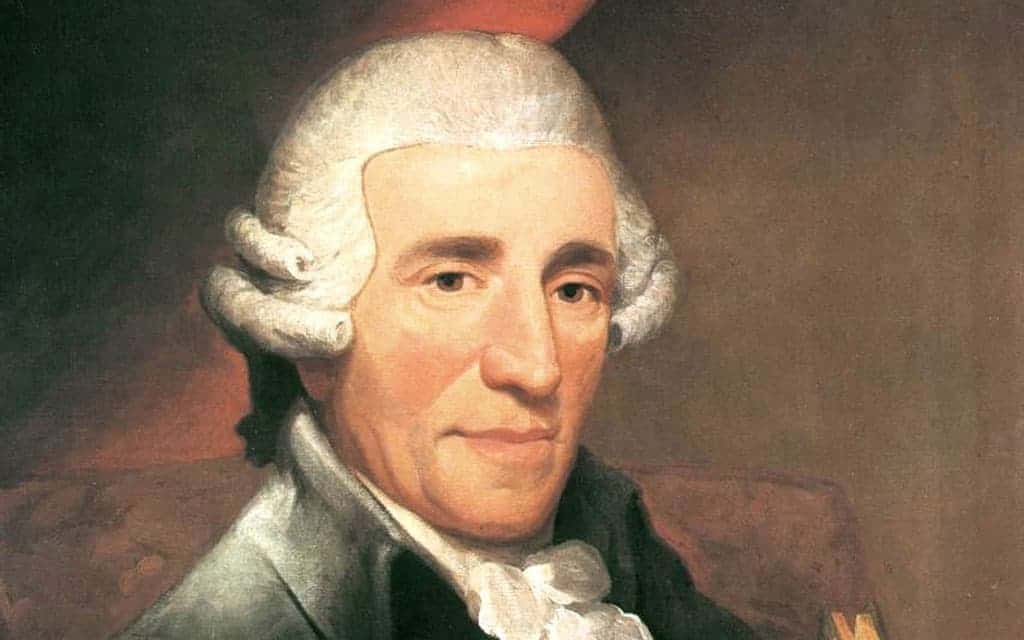 Josef Haydn was a celebrated composer who died at the age of 77 on March 31st, 1809. Because of the war in Austria and Vienna was occupied by Napoleon, there was just a simple funeral and burial in Hundstrum cemetery. However, Josef Haydn’s patron Prince Nikolaus Esterhazy II planned to eventually have the composer buried at his family seat in Eisenstadt.

At first stealing the decomposing head of a famous composer might sound strange but it was for “scientific” research. At the time Phrenology was a popular belief and both Rosenbaum and Peter wanted to examine the bumps on the composer’s skull and use it as a display piece. One examination the men found that the “music bump” on Haydn’s skull was fully developed.

Peter kept the skull and had a special black wooden box decorated with a golden lyre, a soft cushion and curtains. Haydn’s skull was a favorite to bring out at parties and keep on display as part of his skull collection. At some point over the next ten years Peter grew tired of having a skull collection and decided to get rid of them. He gave several skulls, including Haydn’s, to Rosenbaum.

In 1820, a chance remark reminded Prince Nikolaus Esterhazy II of his plan to move the body of his beloved composer. When the body was exhumed he was furious to see that the corpse had been beheaded. It was not long before the Prince learned who had taken the skull and he went after Peter and Rosenbaum to retrieve it.

So what happened to Peter and Rosenbaum? And how did Haydn end up with two heads instead of one? Read on to find out!

Rosenbaum was not ready to give up his newly acquired skull so when the Prince came looking for it, he hid it under a straw mattress. When the prince and his men searched the home, Rosenbaum had his wife lay upon the mattress and pretend that she was suffering from menstrual pains. None of the men wanted to disturb the woman so her bed and mattress were never searched. The prince would not be satisfied without a skull so Rosenbaum ended up giving the ruler a different skull.

The body was buried with the replacement skull and Rosenbaum continued to treasure the real one until his death in 1829. From then the skull was willed back to Peter who gave it to his physician. The doctor then gave it to a professor who gave it to the Vienna Society of the Friends of Music in 1895. Karl Geiringer who worked at the society enjoyed bringing out the skull to show visitors.

In 1932, Prince Paul Esterhazy decided to build a marble tomb for his family’s beloved composer at Bergkirche in Eisenstadt. This was the place where many of the pieces that Haydn wrote for the Esterhazy family were first premiered. By now many were aware that the skull that was with the body was not the true skull and part of Prince Paul Esterhazy’s desire for the new tomb was to reunite the composer’s body with his head. Negotiations between the prince and the Society of the Friends of Music began and by the time an agreement was reached, Austria was divided by the Second World War. Haydn’s body rested in the Soviet bloc while the skull was in the International Zone of Vienna.

Finally, in 1954, to great fanfare the skull was removed from the Society of the Friends of Music and taken to the new tomb in Bergkirche. Prince Paul had been sentenced to solitary confinement for 15 years in 1945 following the communist takeover of Hungary and therefore was not even able to attend. The skull and body were reunited by the sculptor Ambrosi and laid to rest in a new copper coffin that was placed inside the elegant marble tomb. When the real skull was placed in the coffin, the fake skull was not removed, and Haydn’s remains continue to have two heads to this day.