This Day In History: Bloody Bill Anderson Is Killed In Missouri (1864) 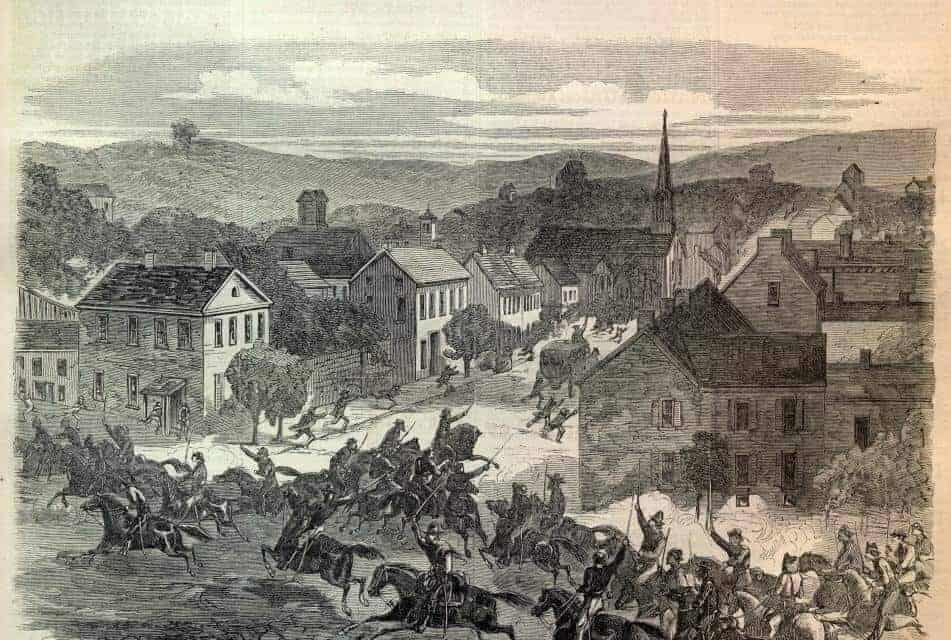 This Day In History: Bloody Bill Anderson Is Killed In Missouri (1864)

On this day during the Civil War in 1864, the notorious Confederate guerrilla leader William “Bloody Bill” Anderson was shot and killed. The notorious Bloody Bill was killed in a Union ambush in Missouri.

Bloody Bill was born in either 1838 or 1839 and moved to Kansas in the late 1850s. His father had claimed land in Kansas but he and his family were soon involved in the bloody fight over slavery in the territory. There was a brutal conflict between pro and anti-slavery factions and this earned the territory the name of ‘Bleeding Kansas’. Bloody Bill was a dubious character and he may have been involved in the trafficking of rustled cattle and horses. He also worked as a guard on wagon trails. At the start of the war, Bloody Bill joined the ‘Jayhawkers’ who were sympathetic to the Union but he soon switched sides. This was typical of the man. Bloody Bill joined a group of Confederates known as the Bushwhackers. They claimed to be fighting for the Confederacy but in fact they were little more than a band of criminals.

Anderson’s father was killed in 1862and he and his brother killed their father’s killer, in Missouri. Anderson formed a gang into a guerrilla force in Missouri. He would sometimes collaborate with another fearsome guerrilla leader Willian Quantrill, who had a reputation for terrorizing the wives and families of Union sympathizers. In response to the Union commander in Kansas ordered the arrests of any family members of the guerrillas, including some of Anderson’s own family. Two of his sister were imprisoned in a jail in Kansas where one died in mysterious circumstances. Several more female relatives of the Confederate guerrillas died when a prison roof collapsed. This led Quantrill to attack and destroy the town of Lawrence Kansas. Some 150 people were killed in this outrage and Bill Anderson was believed to have killed at least a dozen of them personally.

Bloody Bill went to Texas and formed a new guerrilla band of about fifty men. He embarked on a series of bloody raids on Kansas in 1864. In one notorious incident the gang pillaged a small town in Kansas and they were chased by a 100 strong unit of Union troopers. Bloody Bill sets a trap for the soldiers and massacred them to a man. Bloody Bill was a cruel and ruthless killer and he was even known to have scalped his victims. On one occasion he met a Confederate general with scalps hanging from the saddle of his horse.

On October 26, 1864, Anderson’s band was caught in a Union ambush outside of Albany, Missouri, and HE was killed. The Union had specifically targeted him in the aftermath of the attack on Lawrence Kansas. His body was put on public display and there are claims that he kept a rope with knots in it for every person he killed. In total, he probably killed 54 people.