This Day In History: First Victim of the Cold War is Killed By Chinese Communists (1945) 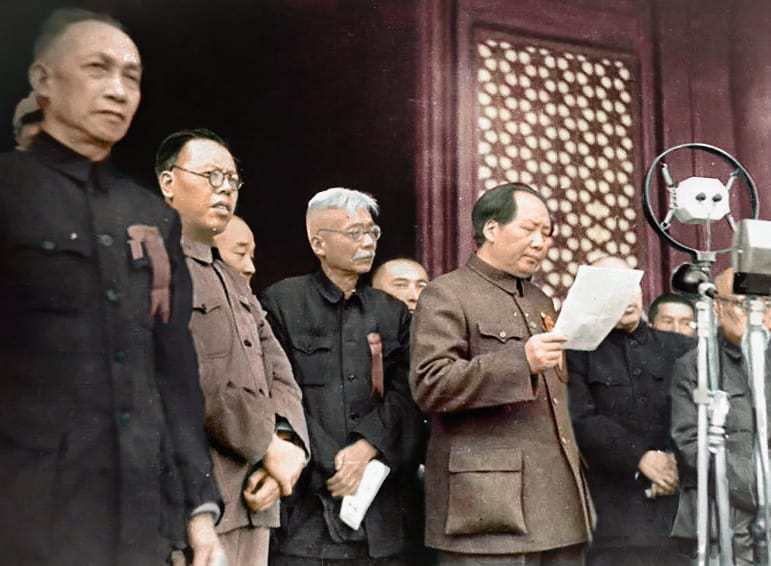 This Day In History: First Victim of the Cold War is Killed By Chinese Communists (1945)

The Cold War is seen as the time when east and west threatened to annihilate each other in a nuclear war. However, there were actually many people killed around the world during the Cold War. In many areas of the developing world, the Cold War led to violence and even outright war. China in the immediate aftermath of the end of WWII was one of the areas contested by the east and the west. Moscow supported Mao and his communist forces, while the Americans supported the Nationalist armies of Chiang Kai Shek.

On this day in 1945, John Birch, an American missionary to China before the war and a captain in the Army during the war, was killed by Chinese Communist soldiers. He was killed just days after the surrender of the Japanese. There was no motive established at the time but it seems that he was killed because he was an American, who were seen as ‘imperialists’ and the enemy of communism

After America had entered the war, Birch, a Baptist missionary already in China, was made a liaison between American and Chinese forces fighting the Japanese. He knew China well and had a genuine love for the country and its people. He had tried to spread the Gospel among the Chinese poor and he had also done much to help the peasantry whom he met, who lived in the most wretched poverty. Like many other Christian missionaries, he tried to help the Chinese to improve their living standards and to receive an education.

But on August 25, Birch, commanding an American Special Services team, was ordered to halt by Chinese communist troops. An altercation and Birch was shot dead. The Americans were furious and they believed that it was a deliberate act of provocation intended as a warning to them by the communists because of their support for the Nationalists.

The Chinese communists did not try to make amends for the death of Birch who had helped their compatriots to liberate their country.

The Chinese communists were deeply angered by the American support of the Nationalists. Relations between them deteriorated further when Mao blamed this support for the renewal of civil war in China after the end of WW II and the end of the Japanese occupation. This was won by the communists in 1949. Relations between Mao and his government did not improve until the 1970s.

In the 1950’s, Robert Welch found a right-wing, anti-communist group called the ‘John Birch Society’. For Welch, Birch was “the first casualty of the Third World War between Communists and the ever-shrinking Free World.” Birch was seen as a victim of Communism and he was used for propaganda purposes by the group who wanted to alert the democratic world of the evils of communism.