This Day In History: The Finns Begins Secret Talks With The Soviet Union (1943) 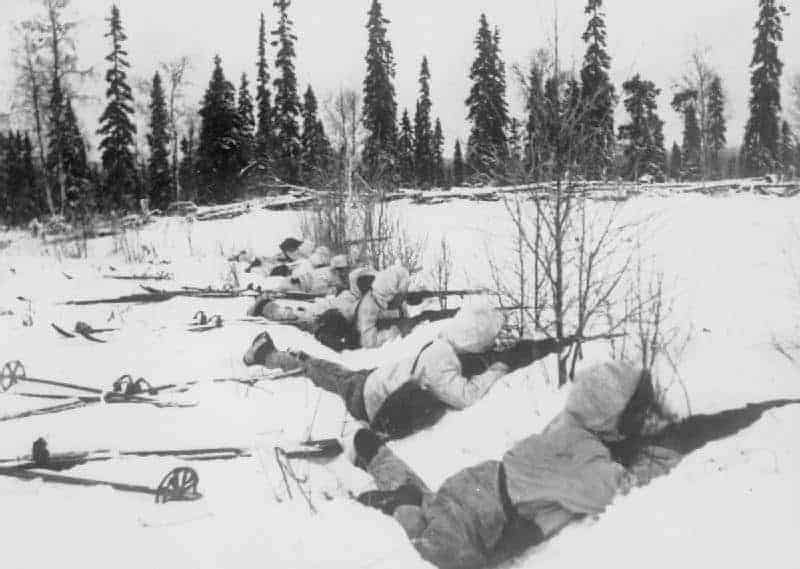 This Day In History: The Finns Begins Secret Talks With The Soviet Union (1943)

On this day in 1943, the Finns begin secret talks with the Soviet Union about a peace agreement. The Finns had become allied to Nazi Germany in 1941 and they had taken part in Operation Barborossa. The Finns had participated in the Nazi invasion of the Soviet Union in order to retake territory that had been taken from them by Stalin in 1940. The Soviet had invaded Finland in 1939 in order to conquer strategic territory near the city of Leningrad. Stalin ordered the Red army to take this territory, Karelia in order to protect Leningrad.

The Soviet invasion did not go as planned and the Finns put up stiff resistance. They used the winter weather and the terrain to their advantage and inflicted heavy casualties on the Soviets. However, the superior numbers of the Red Army gradually began to wear the Finns down. Finland surrendered in 1940 and ceded territory to the Soviet Union. The Finns joined the Nazis in order to secure this territory in 1941. Once the Finns had reconquered Karelia they did not press onward into Soviet territory and they did not take part in an early attack on Leningrad. If they had they might have helped the Germans to take this city and there would have been no need for the Germans to besiege it for almost 900 days. The Finns and the Germans launched an attack on the North of Russia in order to take the City of Murmansk in 1941. This failed and after this, the Finns were happy to adopt a defensive position, despite the presence of German units in their country.

The Finns were soon worried about the course of the war. They were very familiar with the Russians and they believed that the Germans had underestimated them. Many in Helsinki believed that the Germans because they had failed to end the war early would eventually suffer defeat. The Finns were particularly alarmed after the great German defeat in Stalingrad. Within weeks of Von Paulus surrendering in Stalingrad, the Finns contacted the Soviets about some sort of negotiated peace. This took place in secret and the Germans were not informed by the Finns. They did not achieve much. However, informal contacts between the Finns and the Soviets continued.

In June 1944 the Red Army launched a major offensive against the Finns. The Finnish army was pushed back many miles. The Soviets were not able to breach the main Finnish defensive lines, the Salpa and the Mannheim Lines, and they lost many men. After this, there was a stalemate on the Finnish front. On 4 September 1944, the Finns and the Soviets agreed to a ceasefire, and the Moscow armistice was signed on 19 September.

The Finns, after this ceasefire, later fought a brief war with the Nazis over control of key nickel mines in Lapland. After the war, Finland was ordered to pay reparations to the Soviet Union and lost more land. The position of Finland was unique in the Cold War, although it was deeply influenced by the Soviet Union, it remained a democracy.