This Day In History: The Americans Bomb Nazi Germany For the First Time (1943) 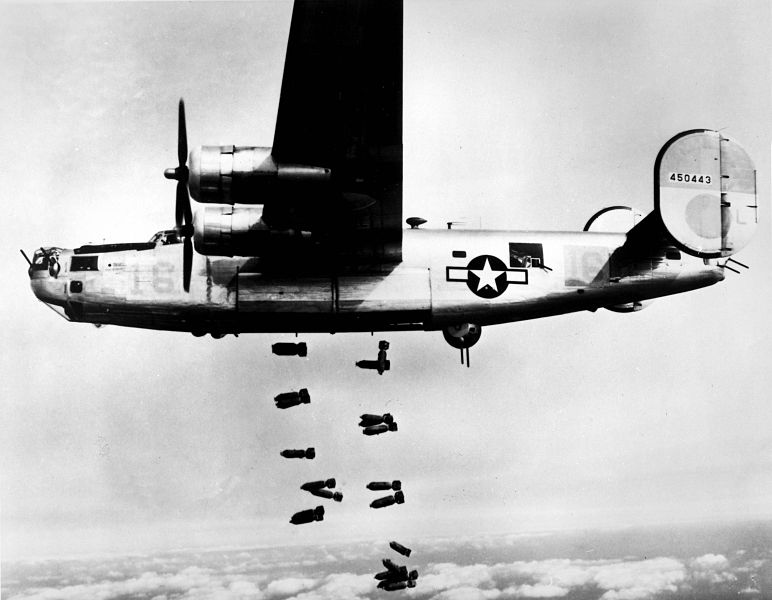 This Day In History: The Americans Bomb Nazi Germany For the First Time (1943)

On this day in 1943, 8th Bomber Command bombers carried out the first American air raids on German targets. The B-24 Liberators took off from a base in eastern England and flew across the North Sea to attack the Third Reich. This was the first time that American bombers were in action and in the next two years, the USAAF flew thousands of sorties over Germany and occupied Europe.

The 8th Bomber Command was formed in February 1942 as a heavy bomber force. It was sent to England to take part in raids on Germany. The Air Force had a large number of B-17 Flying Fortress bombers that had the ability to drop many tons of bombs on a target. The Command also had many B-24 Liberators that became famous for their precision bombing. The fleet was commanded by Brigadier General Newton Longfellow. Their target was Wilhelmshaven in Lower Saxony in eastern Germany. It was a key naval port on the Baltic Sea and was regularly attacked by Allied aircraft throughout the war. Indeed, by the end of the war, Wilhelmshaven was almost totally devastated.

The 8th Bomber Command flew to Wilhelmshaven, with the 306th Bomb Group (H) leading the way. In total, some 60 planes were involved in the raid, but only about 50 actually made it to their target successfully. The B-24s and B-17s dropped over 130 tons of high explosives. The Americans, although inexperienced, proved equal to the mission. They dropped tons of bombs on warehouses and industrial plants. The raid caused considerable damage. The Germans had installed many anti-aircraft guns in and around the port and the American bombers came under intense anti-aircraft fire. The Americans lost three planes to German fire, and the crews on board those planes perished.

In 1944, the 8th Bomber command was reformed and merged with another command to form the 8th air force. It was to play a very important role in the bombing campaign against Nazi Germany. The 8th Air Force also regularly bombed Berlin and sustained heavy losses in these attacks. In the summer of 1944, the Air Force bombed occupied France extensively in the run-up to the D-Day landings.

The American air campaign, carried out in conjunction with the RAF, was a critical component in destroying the Nazis’ ability to wage war. This came at a great cost, as thousands of crewmen died in raids over occupied Europe and Nazi Germany. Americans conducted air raids on Germany until almost the final days of the war.