This Day In History: The Soviets Liberate Auschwitz (1945) 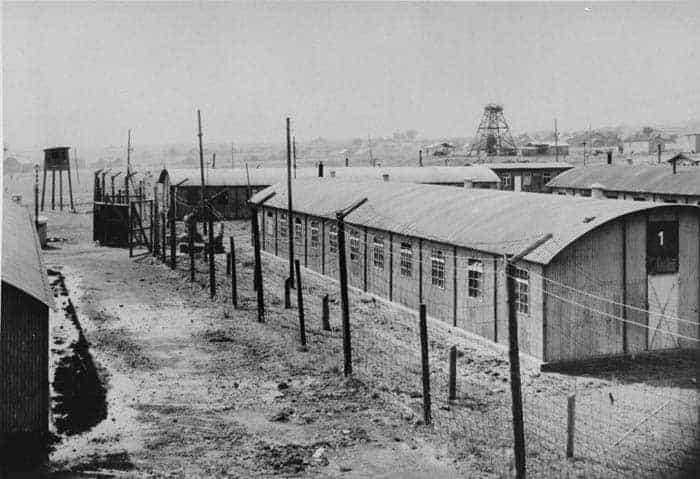 This Day In History: The Soviets Liberate Auschwitz (1945)

On this day in 1945 the troops of the Red Army entered the Auschwitz concentration camp in Poland. They immediately freed all the inmates of the notorious concentration camp and saved countless lives by doing so. The majority of the Nazi guards had fled from the camp and had left the prisoners without any food. The Soviet liberation of Auschwitz was an important step in revealing to the world the full horrors of the Holocaust.

Auschwitz was a series of camps. There were three main camps in the complex, surrounded by over two dozen smaller camps. Auschwitz was built at Birkenau in the fall of 1941. Under the orders of Reinhard Heydrich, the SS built a complex for mass murder. At the heart of Auschwitz were several gas chambers that were euphemistically known as bath houses. The prisoners were mainly Jews who were transported by train to the complex. There, they separated into two groups; those who were kept as slave laborers, and those who were sent to the gas chambers. It is estimated that up to two million people were killed at Auschwitz.

Those murdered in the camps were either burned or buried in mass graves. Auschwitz was also used by the Nazis for grisly experiments on human beings. The SS murdered not only Jews at Auschwitz, but also gypsies, political prisoners, and homosexuals. Many of the camp guards were collaborators from the occupied countries of Europe.

The Red Army had been advancing deeper into Poland since 1944 and they had already seized Warsaw. The German Army by this stage was on the verge of collapse and was retreating all over Poland. The SS guards knew that the Soviets would soon take the camp and they decided to eliminate all witnesses. They did not want the world to find out about the mass killings at Auschwitz and other camps. The Germans blew up the gas chambers and the crematoria, where the dead were incinerated. This proved futile, as they left behind more than enough evidence of their policy of mass murder.

The Red Army arrived on January 27 and discovered the bodies of hundreds of prisoners who had been shot by the SS. They also found several thousand survivors, nearly all starving and sick. Soon, news of the atrocities was relayed around the world and eventually, the name Auschwitz became synonymous with evil and genocide.