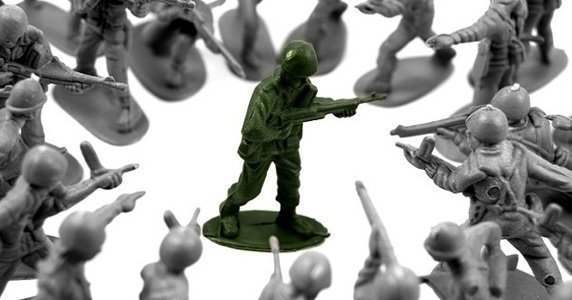 The Battle of Badr was fought on March 17, 624 CE. The Battle of Badr is a key moment in the early history of Islam. Two years earlier Muhammad and his followers had left Mecca, moving to the city of Medina—this is commonly called the Hijra. There had been a number of small skirmishes between the Qureshi tribesmen of Mecca and the community of Muslims; however, Badr is the first significant battle.

Muhammad and his followers gathered some 313 men to fight in Badr, planning an attack on a caravan funded by the Quraysh. Word reached the Qureshi, and an army of 900 to 1000 was assembled to defend the caravan. The Qureshi army was relatively disorganized, and there was conflict among the leaders.

Upon meeting in battle, Muhammad’s forces from Medina first engaged in ranged combat, firing arrows, then rushed their opponents. Only 14 men from Medina died, while approximately 70 of the Qureshi fighters were killed in the fighting. The decisive victory at Badr helped to propel the success of Muhammad and Islam in the coming years.

The conquest of the Aztecs by a small band of conquistadores, led by Hernan Cortes, is another example of a very small army that defeated a much larger one. The Cortes expedition set out in February 1519. Accounts vary of the intention of his expedition—the Spanish governor of the region may well have intended only trade and exploration; however, Cortes had distinctly different ideas.