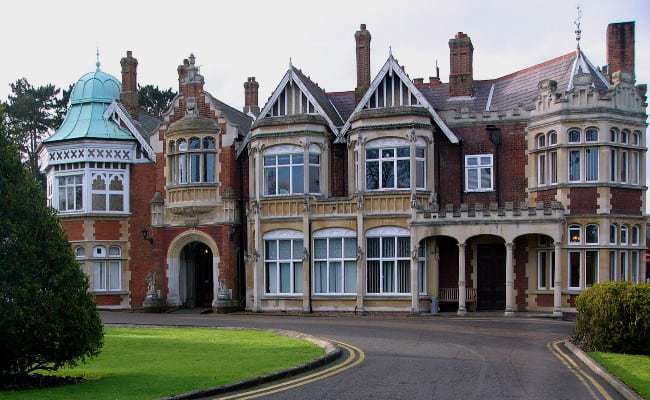 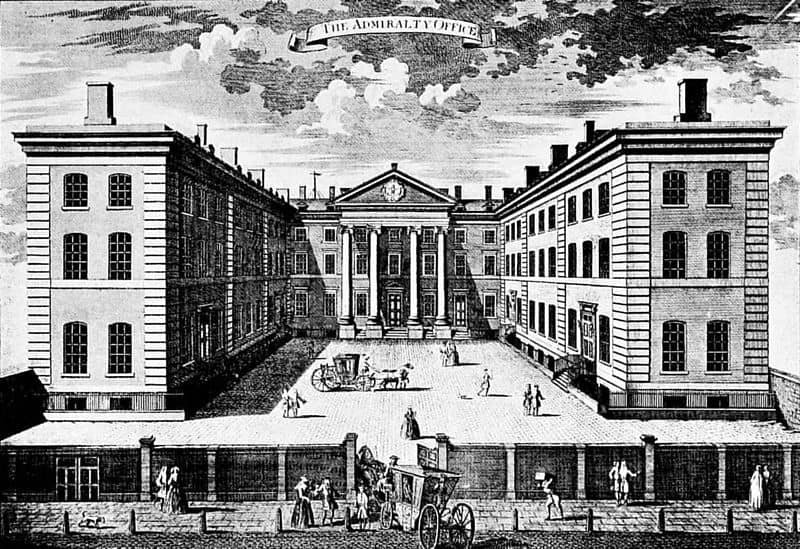 Room 40 was part of British intelligence during World War I, and played a key role in decoding German communications during the War. Room 40, named for the space it occupied in the Old Admiralty Building, was created by the head of Naval Intelligence, Captain William Reginald “Blinker” Hall.

Prior to World War I, most governments, including Britain, had only minimal intelligence operations. These were typically short-lived, with the goal of attaining specific information. Intelligence was not an organized or ongoing activity. This changed with World War I.

Quite early in World War I, Britain acquired three German naval codebooks, providing the basis for the cryptography that would continue throughout the War. These were only three of the many codebooks the Germans used, and each was acquired differentlyâ€”and none through military action. The division of Naval Intelligence was created in response to these codebooks, and with the understanding that cracking codes might be essential to wartime success. Early on, Naval Intelligence and Room 40 lacked both the people and resources needed to complete their tasks.

By January 1915, intelligence decrypted by Room 40 was providing the British with the information needed to protect British interests and reduce losses to the Germans. Room 40 did not just decode messages, but also used geolocation information from coded transmissions to deduce the position of German U-boats, and, in some cases, act to preserve British ships.

The Zimmermann Telegram played a key role in the United States’ entrance into World War I, as it, for the first time, showed a clear intention by the Germans to offer violent opposition to the United States. 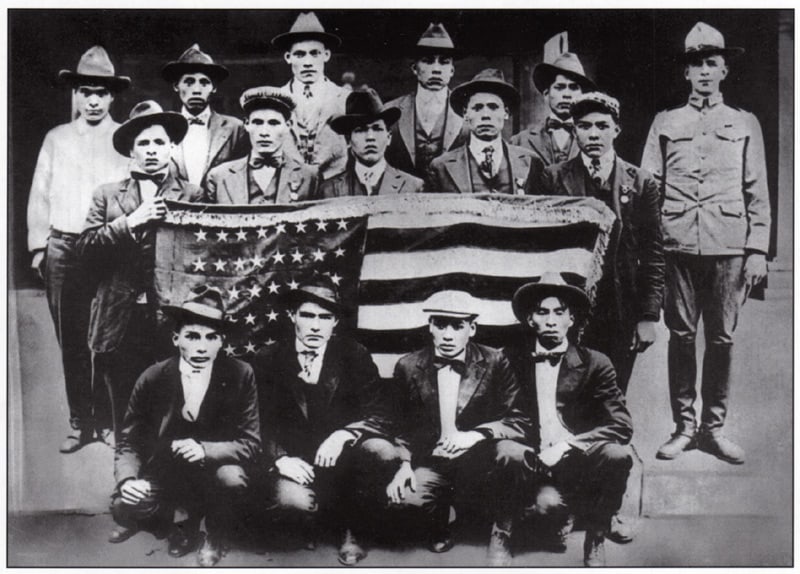 The Code Talkers of World War I

As the intelligence community grew, different countries needed new codes to use to communicate secretly, without sharing information with either their allies or their enemies. Most codes were quickly broken by cryptographers, increasing the challenges for military intelligence, radio operators and telegram operators. Communications were easily intercepted and decrypted.

On the ground in France in World War I, the United States opted for a new solution to the problem of the easily-broken code. During the Meuse-Argonne Offensive, the United States found that the Germans were intercepting messages sent over radio lines, and capturing runners sent to deliver messages. The solution to this problem was discovered accidentally, when a captain in the 142nd Regiment walked past two Choctaw soldiers in conversation, in their native Choctaw. The men knew of other Choctaw soldiers, and soon a network, the Choctaw Telephone Squad, was born. The men simply spoke to one another in Choctaw; there was no need for additional coding. Messages could be passed easily from one Choctaw soldier to another, then translated to English by the Choctaw code talker.

There were eight men in the Choctaw Telephone Squad, originally, with some 19 in total in the Squad eventually. They created their own codes within the language to use for things that they did not have words for, like machine gun.

This formed the basis for the code talker programs used in World War II as well. Native American languages proved an ideal choice for codes for several reasons. First, there were a very limited number of speakers; most tribes numbered 20,000 or less, and very few speakers had ever left the United States, dramatically reducing the possibility of another country finding a speaker of the language. These languages were almost entirely oral, with very few written materials; those that existed were only minimally circulated. Without access to a translatable document, deciphering the language proved impossible. While the Choctaw provided code talking in World War I, the Navajo were the primary code talkers in World War II. 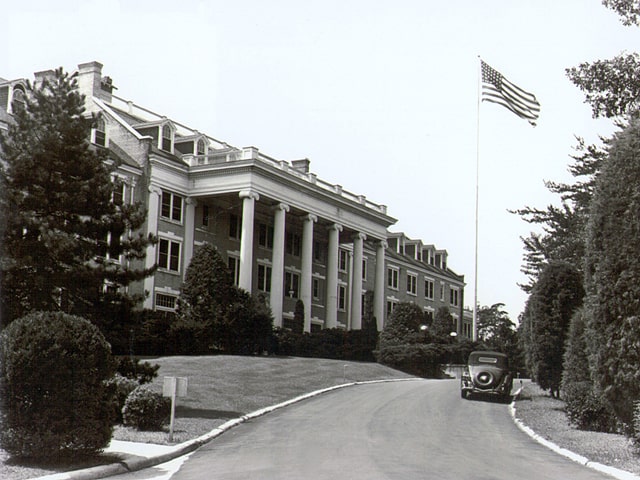 As early as the 1920s, cryptographers employed by the U.S. military worked to decode Japanese transmissions. The project, known simply as Magic, was a joint effort of the U.S. Army’s Signals Intelligence Service and the U.S. Navy’s Communications Special Unit, and was based at Arlington Hall in Arlington, Virginia.

Magic decoded several different Japanese codes, beginning with RED in 1923, after the acquisition of a Japanese code book. The Japanese created a more complex code, in use from 1930 onward. Called BLUE by Magic, this was decoded successfully by 1932. In 1939, Germany provided Japan with modified Enigma machines. The Enigma machines created the code called PURPLE. American engineers reverse engineered the Japanese Enigma machine and managed to partially decode PURPLE fairly quickly; however, Magic could not regularly decode PURPLE until after 1942.

While PURPLE was used for diplomatic transmissions, it was not used by the Japanese Navy; therefore, there was no way to decode information about Pearl Harbor before it occurred; however, PURPLE did provide ongoing information sent between the Germans and Japan. This was shared with U.S. Allies during the War, but Japan refused to believe that PURPLE had been decoded.

Transmissions had to be intercepted, decoded, translated and distributed. This process was challenging and time-consuming. The combined Army and Navy staff at Magic did their jobs well; however, the cryptography resources available at Magic were not always effectively used or shared. The Army and Navy took turns distributing decrypts, and choosing which decrypts were important enough to share and which were not. Prior to Pearl Harbor, no copies of decrypts were available to officers allowed to read them.

There is some discussion of the potential role of Magic in the creation of internment camps for Japanese-Americans in World War II. In the records of messages intercepted and decoded by Magic, there are several messages that suggest Japanese intention to rely upon Japanese-Americans to act to collect intelligence. 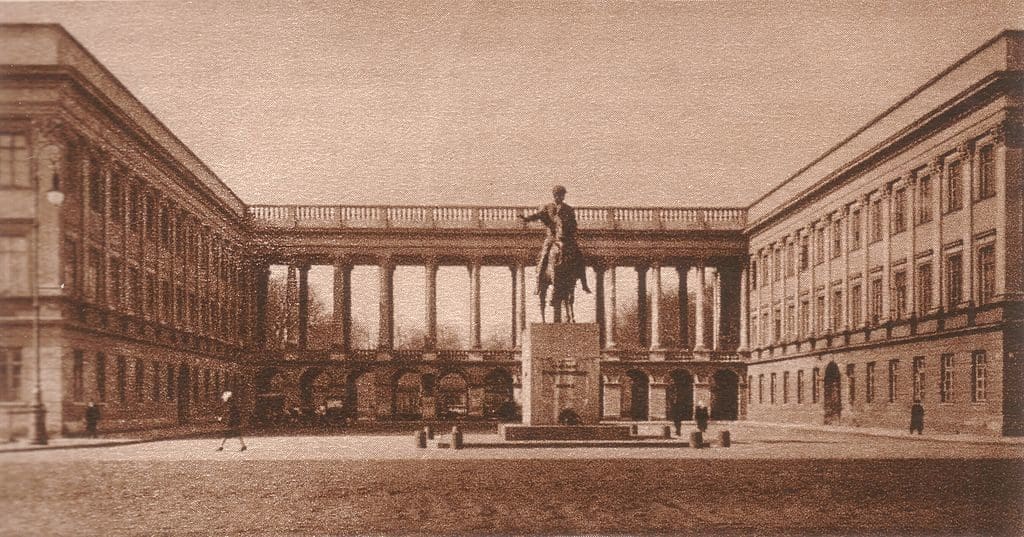 During the Polish-Soviet War, in 1919, Poland formed its first intelligence agency, the precursor of the Biuro Szyfrow or Cipher Bureau. In 1931, the Cipher Bureau was formed by merging several smaller agencies to create a single agency devoted to cryptology. The Cipher Bureau was responsible various code-related tasks, including cryptography and cryptanalysis.

Even in the early years, the Polish Cipher Bureau was fast, efficient and well-organized. Messages were typically decrypted within a day, and passed directly to military intelligence, and key members of the military, including the Chief of General Staff. The Cipher Bureau provided essential intelligence about Soviet activities and military operations during its early years.

Around the end of 1927 or early 1928, Polish authorities intercepted a German package, containing an early, commercial-issued Enigma machine. This sparked interest in Enigma, and provided an idea of the basis for Enigma. The Enigma machine was an electro-mechanical rotor cipher machine, invented in Germany around the end of World War I.

Work on Germany’s Enigma cipher began in 1932. Over the next seven years, Polish cryptographers worked to break and decode Enigma. Between 1932 and 1938, Poland developed a number of different tools, including the bombas, to decode Enigma; however, the Germans responded by making the Enigma machines more complex and the codes harder to decipher. In July 1939, Polish cryptographers provided French and British intelligence with the information they had available on Enigma to assist Allied intelligence efforts. The invasion of Poland and the official beginning of World War II came just over a month later, on the first of September 1939.

The Polish expected the invasion; they were already effectively translated German messages and were aware of, in 1939, approximately 95 percent of the German order of battle. Their knowledge of the expected invasion, and their understanding of what was likely to come enabled them to share their knowledge while they were still able to do so. The Cipher’s Bureau’s advances in cryptanalysis provided the basis for Allied intelligence effort. 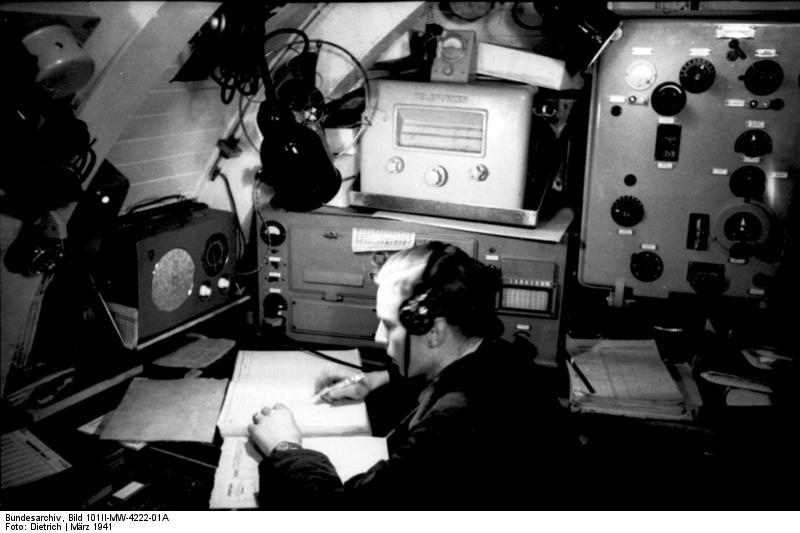 While Britain had a well-organized cryptography department, and the U.S. an adequate one, Germany relied upon a number of small offices and departments scattered throughout the Nazi government to decrypt Allied messages. The most effective of these was B-Dienst. B-Dienst was responsible for naval intelligence, including cryptography.

B-Dienst had been established well before World War II. During World War I, naval staff in Berlin realized that, by using monitoring stations in Belgium and France, they could monitor naval transmissions. The Observation Service or Beobachtungsdienst, was formed. Between the wars, the office was poorly staffed, with few resources, but that changed in 1934. By 1935, B-Dienst was decoding Royal Navy and merchant ship transmissions. It grew rapidly during the War, and eventually had more than 6,000 workers intercepting, decoding and translating naval codes.

By 1941, B-Dienst was also deciphering U.S. Navy codes. Decoding the movements of U.S. and British ships provided a distinct advantage to German U-boats early in the War. B-Dienst was particularly critical to the effectiveness of Operation Drumbeat in early 1942, when German U-boats attacked vessels off the East Coast of North America. In 1942, the U.S. changed their naval codes, reducing the success of B-Dienst.

By 1943, some 80 percent of Allied naval transmissions were being decoded by B-Dienst; however, they were rarely decoded in time to act on the information. Only 10 percent of the messages read were decoded in time to be of use. This limited the overall benefit of the intelligence to the British. By late 1943, Allied forces had changed their codes, limiting the ability of B-Dienst to successfully decode coded naval messages.

During interrogations at the end of the War, German officials credited B-Dienst with providing half of the intelligence used during the War by German troops. While intelligence was essential to the Allied victory in the War, the Germans had consistently less access to decoded messages, in large part due to the lack of a central agency to manage intelligence activities. 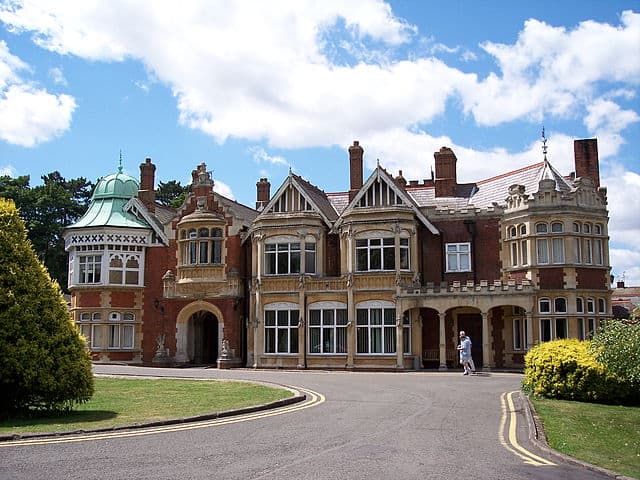 Bletchley Park was the central site of the British government codebreakers in World War II. Run by the Government Code and Cipher School, Bletchley Park remained a government secret until relatively recently. Decoded materials from Bletchley Park are commonly identified as “Ultra”. Tr

Near the end of August 1938, there was, in terms of appearances, a small gathering of friends at a mansion in the Buckinghamshire countryside. The individuals gathered at Bletchley Park in 1938 were not ordinary people enjoying a late summer break, but members of the British MI6 intelligence service and the Government Code and Cipher School, seeking an ideal location for a classified center for code breaking. A year later, work on Axis codes began in earnest at Bletchley Park. Large, pre-fabricated wooden huts supplemented the mansion and buildings already on the property.

Academics of all sorts, including mathematicians and chess champions were recruited for Bletchley Park; at one point, a crossword competition was held. Mathematicians were especially critical to decode Enigma.

On January 23, 1940, the team working under Dilly Knox, including Alan Turing, cracked a German army administrative key, codenamed “The green”. They moved on to crack other German codes, including codes used for air support. The Axis Lorenz cipher was also broken by the staff at Bletchley Park.

The knowledge gained by cracking these codes was highly confidential, and was used for the remainder of the war with the greatest of care. Historians believe that the work done at Bletchley Park likely shortened the war by two to four years and played a key role in securing the Allied victory over the Axis powers.

The centralization of Bletchley Park provided key organizational advantages. Codebreakers could decrypt codes and pass them directly to intelligence staff in neighboring huts.