Conquest, Killing & Kilij: 6 Crucial Battles in the History of the Ottoman Empire 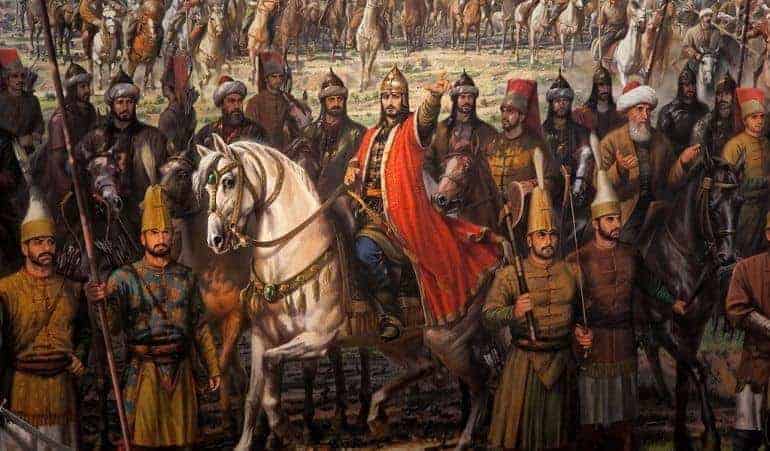 Conquest, Killing & Kilij: 6 Crucial Battles in the History of the Ottoman Empire

The Ottoman Empire was on its last legs by the early 20th century and by the end of the Balkan Wars in 1913, it had lost all of its European territories to the west of the River Maritsa. During the First Balkan War, members of the Balkan League including Serbia and Greece had enjoyed numerous victories over the dwindling might of the Ottoman Empire. By the end of 1912, Turkish troops only occupied a handful of fortified cities.

Adrianople (modern-day Edirne) was the most important remaining Turkish city, and the Ottomans were determined to defend it at all costs. A Bulgarian force defeated the Ottomans at Kirk Kilisse in October 1912 and laid siege to Adrianople. However, they faced 75,000 determined defenders in a city designed by leading German engineers. It was believed to be impregnable, so the Turks were confident of beating back their attackers.

The siege began in November 1912, and by March 1913, Bulgarian morale was low. They were weakened by diseases such as cholera and supplies were running out. Their leader, Mihail Savov, knew he needed a quick breakthrough and was boosted by the arrival of approximately 46,000 Serbian reinforcements. The additional heavy artillery brought by the Serbs persuaded Savov to launch an all-out assault on Adrianople.

On March 24, 1913, an enormous heavy artillery attack launched thousands of shells at Adrianople. The barrage lasted all day and the next morning, Serb, and Bulgarian troops attacked the south of the city in what proved to be an elaborate trick. The defenders focused on this latest attack and were unprepared for a bigger attack on their eastern defenses. The attackers breached the outer Turkish defenses on the morning of 26 March and the Turkish commander, Mehmet Sukru Pasha, surrendered that afternoon.

The loss of Adrianople inflamed Turkish Nationalists and led to a growing distrust of the Ottoman Empire’s minorities. The Ottomans entered WWI on the side of the Germans and committed terrible atrocities; most notably against Greeks and Armenians. After defeat in the Great War, a Turkish national movement was formed which led to the end of the Ottoman Empire and the establishment of the Republic of Turkey.