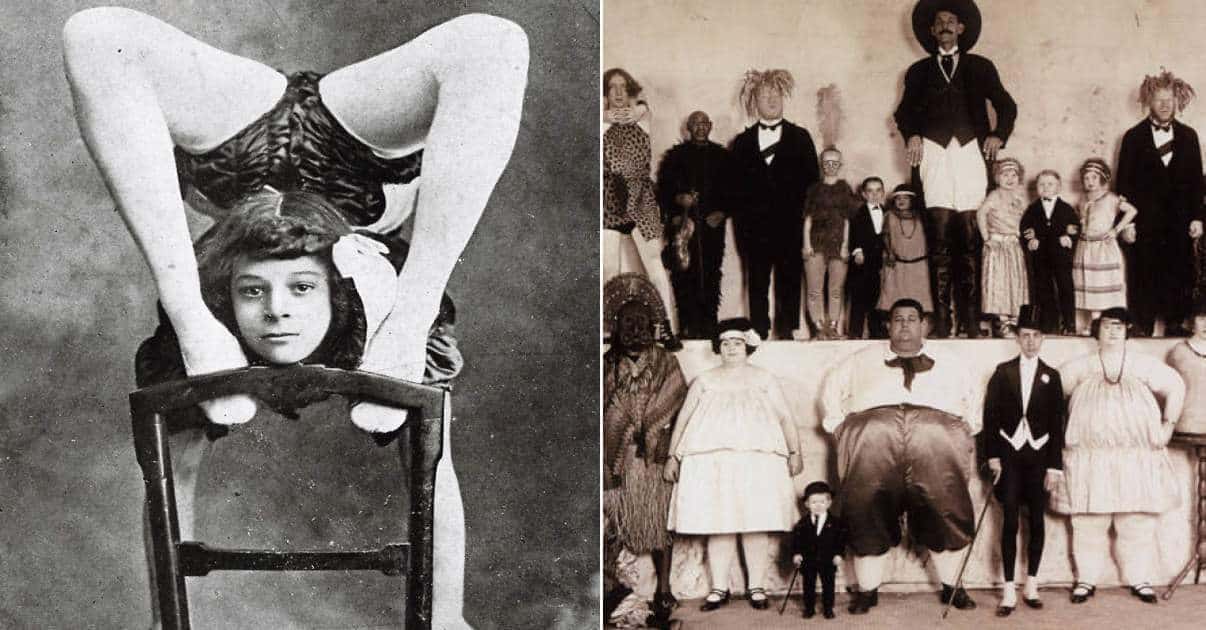 Swallowing is perhaps a process we take for granted. Once our food has entered our mouths, our saliva begins to break down the food. You chew and then swallow, meaning the food has passed through your mouth, down your pharynx, and into your esophagus. We certainly do not give the process of swallowing much thought, likely because we are mostly passing food through our mouths and pharynges and esophagi. Yet, there are groups of people who put much thought into the process of swallowing because neglecting the step by step process could mean death.

Sword swallowers began their perilous acts around the 1st century AD. They spread first in parts of Greece and Rome, but soon found homes in India, Japan, and much of Europe. Sword swallowing has been an entertaining facet and testament to humanity’s odd fascination with grotesque bodily extremes. Even today, the sword swallowing community is flourishing and teaching newer and newer generations how to safely entertain the curious masses at modern day circuses, side shows, and festivals.

By the early 1900s, circuses and traveling side shows had their very own sword swallowers. These performers would often be billed alongside famous magicians of the time, including Harry Houdini. There was even a difference in how sword swallowers performed depending on what continent the circuses and sideshows were performing in. For example, Europeans were fascinated by the number of swords a swallower could swallow. The United States was fascinated with the bizarre and novel, such as swallowing objects like knives, snakes, or fire.

Injuries ranging from mild to severe often result from sword swallowing. Mild injuries such as sore throats or minor lacerations often occur, but such small pains and cuts can lead to major infections or larger wounds if the area is not rested and taken care of. A minor injury could potentially predispose the swallower to obtaining major injury, such as perforations of the esophagus, stomach, heart, lungs, and other organs, or intestinal bleeding. Since 1880, there is a record of 29 deaths from this strangely unique and fascinating piece of ancient entertainment.

Tightrope walking, also called funambulism, has captivated people since the ancient Greeks first began this high wired show. Its long traditions have found their way to many other popular variations, such as slacklining and slack rope walking. However, neither are nearly as perilous as tightrope walking. The amount of skill required to walk the line of taut rope is accomplished only by innate balance and dedication. These acts have been accomplished by singular stuntman or by groups of people upping the ante in this daring act.

One of the most popular acts was by the Flying Wallendas. The Flying Wallendas were a tight knit family whose idea of bonding was group tight rope walking. This family of seven joined together to form a human pyramid atop the high anchored rope. Not only did the base of the pyramid need to have unparalleled balance, they also needed supreme strength.

Tight rope walkers are generally very thin, agile, and flexible. They accomplish their task by centering their mass directly over the rope; they can accomplish this by use of either a pole or by reaching their arms out perpendicular in the same manner a pole would be used. Flexible leather shoes were often worn by performers to aid in gripping, but amateur or hobbyist walkers would walk barefoot and grip with their bare toes. Their feet had to be parallel to one another in order to maintain balance.

Tightrope walking is no walk in the park. Many deaths have occurred from these performances. Most tightrope walking acts you see today are done so with the use of safety netting underneath. However, in the past and with more daredevil acts of today, nets were nonexistent. Even falls from very short heights could produce broken legs, arms, and spines, leaving the performer unable to return to their beloved highwire act again. More dangerous still, performers continue to entertain us with highwire acts involving excessive heights across sky scrapers and canyons. A fall from those heights would insure sudden death.

Diving is a sport all enjoy to watch. The perfect combination of acrobatics and water sport, diving is a sport that is regarded as a legitimately skillful act even recognized as an Olympic sport. We have likely all tried our hand at diving in some form. Even an accidental belly flop or cannonball, while still painful and messy, are fun and thrilling acts. We may not be capable of the flips and tricks professionals are accustomed to training for, but even amateur diving is a beloved pastime.

Walking along any swimming pool, you will see “No Diving” signs along the edges of the shallower ends, and with excellent reason. When diving, it is important adequate amounts of water separate you and the concrete bottom of the pool, otherwise, a collision is inevitable, leading to major injuries such as broken necks and spines. Both conditions can lead to coma, paralysis, and even death.

Shallow divers performing in traveling circuses, however, did not heed these important warnings. Their reckless, adrenaline packed performances were solely based around the danger of the shallow waters. Beginning their dive at staggering heights, crowds of people kept their eyes straight on these daring performers, waiting to see if they would emerge from the pool’s shallow surface alive or dead.

One diver who met a terrible fate was Samuel Gilbert Scott. Scott was already known as a daredevil performance artist, but his 1841 dive into the river Thames would prove to be his final shocking act. Scott hyped up his eager crowd by stating he would run to the Drury Lane pub to Waterloo Bridge. He would then dive 40 feet into the Thames, returning to Drury Lane Pub in the following hour. An excited audience watched Scott attempt to fulfill his challenge on the elected day, but were privy to more than they signed up for when Scott slipped a rope around his neck and fell mid air. Believing it was part of an act, the viewers were not able to save Scott in time.