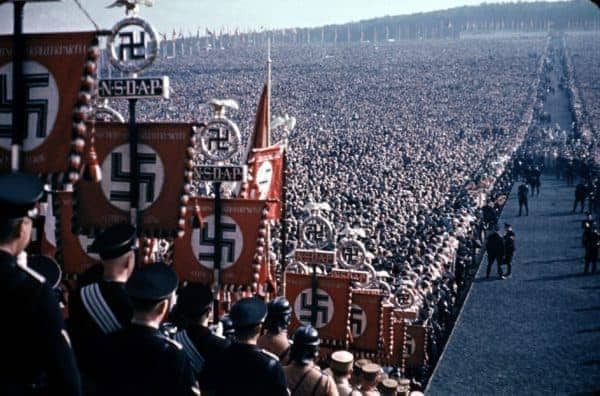 The idea of a globalized economy is not unique. Overlapping money and territorial interests have been exploited for centuries. The intricate path of interconnectivity between countries is perhaps most evident after the Great Depression. Then, Russia was one of the few countries around the world not crippled by the tsunami of ruin that crushed the world from a storm that began in America after stock markets plummeted in 1929.

The connectivity of economies during the Second World War is less obvious, businesses were not vanishing. Instead, businesses were thriving. Coca-Cola, General Motors, Standard Old, and other U.S. businesses had reciprocal agreements in place that allowed Nazi Germany to flourish and American entrepreneurs to make landfall profits.

More astonishing than these agreements is that companies were not always held accountable for crimes — like treason — despite some practices that purposely stifled American efforts, before and after entering the war, in favor of the Nazi regime. Below are examples of some of those companies and how they practiced business during WWII.

General Motors was more than present during the rule of the Third Reich; the company stands accused of having helped to mobilize the Reich. James Mooney, the President of GM’s overseas corporation, was swept up in the early political landscape during the time Hitler captivated the German people’s attention. Mooney forged a relationship with Hitler that gave him special access to events, which were consequently covered by the GM publication General Motor’s World. In the magazine, it was not unusual for several pages to feature Hitler as a magnanimous world leader.

It was not unusual for Mooney to meet with Hitler to discuss business. General Motors continues to deny the company had anything to do with the war, but it has been established that the American car manufacturer played an intricate and vital, if not necessary, role in the Third Reich’s ability to wage war on Europe. Despite the company’s claim that their ability control what happened overseas was limited, GM always had an American manager giving the Germans the go-ahead when the Third Reich wanted the company to go in new directions.

GM complied, for instance, when the Third Reich asked if they would convert their car making factory into a military production plant. Ethically this gets all the more complicated when considering the U.S. was hurriedly trying to manufacture their own military production lines. The consequences were seen on the front lines; by the time the U.S. entered the war, GIs landing in Normandy were driving the same cars and trucks as the enemy — but GM continues to claim they are not guilty of anything.

Opel, one of GM’s subsidiary plants in Europe, made warplanes. Both the Opel and GM factories in Europe during that time hda access to free labor during the war. Shortly after France was occupied, the fittest of the fit were forced to work. They were put on trains and shipped to Opel and GM plants. Young Russian women kidnapped from homes were taken to factories and forced to live and work there. Other times, prisoners were pulled from concentration camps and forced to work in manufacturing facilities.

The U.S. Army witnessed this firsthand when liberating factories. Over the years, General Motors continued to claim they had no idea how the factories were being used. This is astonishing, considering that as early as 1935, the company had made a deal with Hitler to open a new plant where the brand new “Blitz” truck would exclusively be produced, before being utilized for quick war attacks in Poland, Russia, and France.

According to GM, while in Germany, General Motors operated as if they were a German business. Their first priority was to make a profit. They had no interested in making political statements or taking a political stand. GM proved this was their belief even in the face of highly irregular circumstances. Putting money first, the company became a culpable partner in crime; supplying the Third Reich with natural resources vital to their war campaign, manufacturing their weapons of war, all the while never wavering from Hitler’s side.

Coca-Cola circumvented a syrup embargo in Germany that prevented their product from being imported into the country during the Second World War by creating Fanta, the fruit infused soft drink. To adhere to the embargo, the drink’s ingredients had to be sourced in Germany, where the drink also had to be produced. Limited ingredients restricted the recipe to mostly an abundance of fruit leftovers (pomace) and whey.

As the war peaked, communications between U.S. Coca-Cola headquarters and the German-based Fanta plant were cut off, which left the Fanta plant functioning as a totally independent entity. However, after the war came to an end, Coca-Cola made sure to take over the plant and fill their pockets with the war-time profits the Fanta plant made selling their product during the war years.

Before the war, Coca-Cola was well established in Germany, where one of their three international plants was located. Over the years, the company had become culturally aligned with Germany and was even one of three major sponsors during the 1936 Berlin Olympic Games, where Hitler used the international platform during the opening ceremonies to promote his belief in Aryan superiority. He proclaimed the games that year were his, and he expected “German glory.”

In preparation for the games, orders were given by the Interior Ministry that Roma (gypsies) and other undesirables be arrested and transported to a nearby concentration camp. Jewish athletes were completed banned from participating in the games and the Third Reich’s newspaper issued information to the public to give heed that blacks and Jews wanting to buy tickets and watch the games were not welcome.

Certainly, some of Coca-Cola’s decisions were shaped by popular ideas not common to that time in history. However, when they made the decision in 2015 to celebrate the 75th anniversary of Fanta, they not only recreated the 1940s packaging, they hyped the drink through an advertising campaign that overtly championed the era of the Third Reich. The company’s wish to bring back “the feeling of the Good Old Times” signals there is little to no sense of shame for their past.

The Rockefeller fortune began through deceitful practices. William Rockefeller made wads of cash traveling from town to town selling magic potions — cures for whatever a person was willing to pay for. When in 1933 Germany needed oil, Rockefeller-owned Standard Oil was happy to oblige. The company was one of many during that era used as part of a reciprocal investment scheme straddled between Germany and the U.S. Farber, a German chemical company, was Standard Oil’s second largest stockholder (and run almost entire by the Gestapo).

Deep economic ties with German investors created an incentive for Standard Oil to discourage anti-German war efforts by suppressing access to natural resources that could make a bigger profit if sold overseas to Germany. Standard Oil acted in ways that suggest there was more than wheeling and dealing for money occurring. The company discouraged American development of synthetic rubber for an entire decade, between 1932-1942.

It is alleged Standard gave the recipe to make rubber to Farber. There are a number of other allegations about conspiring between the American and German companies. Magnesium production fell in America and suddenly soared in Germany. Add that to deals being struck with a variety of other reciprocally owned companies, and things begin to look suspicious. In 1938, production of tungsten carbide was limited in America, it is a vital ingredient for hardening tools.

At the war’s onset, Standard Oil helped fuel all the German aircraft being made by GM by building an oil refinery specifically for planes. To show that Standard Oil had no problems with aiding the enemy, they helped out Italy by refueling their aircraft. Like General Motors, the company emphasized the importance of maintaining work contracts and profits during times of war.

Every picture tells a story. One of Hitler’s top economic advisors was heavily invested Kodak. He offered Kodak (and other U.S. companies) advice, telling them to fire any Jews who worked for them.

Kodak’s business expansion before and after the onset of the Second World War is partly linked to economic opportunity. Joseph Goebbels’ admiration for Hollywood perpetuated the German desire to use top of the line visual tools to project the Nazi message.

Kodak’s willingness to do business with the Third Reich does not lead one to draw the same conclusions as with Standard Oil and GM. Kodak is more like Coca-Cola, in that neither service provided by the company undermined American war efforts. In fact, the fact that Kodak continued selling its film (although it did so in Germany under a company called Afra, which had been around since 1887) allowed for moments between 1939 and 1945 to be captured democratically by anyone of any nation with access to a camera and film.

The benefits are abundant, considering archives now exist depicting wartime locations like Paris from both the French and the German perspectives.

IBM had a global mindset since the company changed its name in 1924 from the Computing – Tabulating – Recording Company to International Business Machines Corporation. The purpose of the company is to invent and sell computer products, everything from hardware to software to research. IBM holds the record for holding more patents than any other business in the world. It is true this year and has been true for the past 24 years in a row.

During the 1930s when the company’s focus was creating tabulating equipment that enabled massive amounts of data to be processed, the U.S. Government was eager to absorb the company’s inventions into it sphere. The tabulating devices made organizing names, birth dates, and other data manageable at a time when the Social Security Act required storing information on 26 million citizens.

It is widely known that the Nazis had a propensity for methodically recording and storing vast amounts of information. Naturally, the Nazis discovered that IBM’s tabulating devices made their work easier. IBM’s German subsidiary, Dehomag, functioned as a mass producer of punch card devices that were very useful during the Industrial Revolution. Factory workers arriving in large groups to start and end work only had to punch a sheet of paper to account for their shifts and hours worked.
Dehomag’s later inventions enabled the Third Reich to conduct two official population censuses.

This and other Dehomag inventions gave the Nazis an ability to organize the movement of prisoners from war camps to trains. Like GM, IBM says the Dehomag branch came under Nazi control, in this case before the onset of World War II. It has been argued that because IBM acted in the same way other American companies did during the 1930s and 1940s, they cannot be uniquely culpable of anything immoral or criminal. IBM has been painted at times as more complicit in the Holocaust because their devices were used specifically in concentration camps.