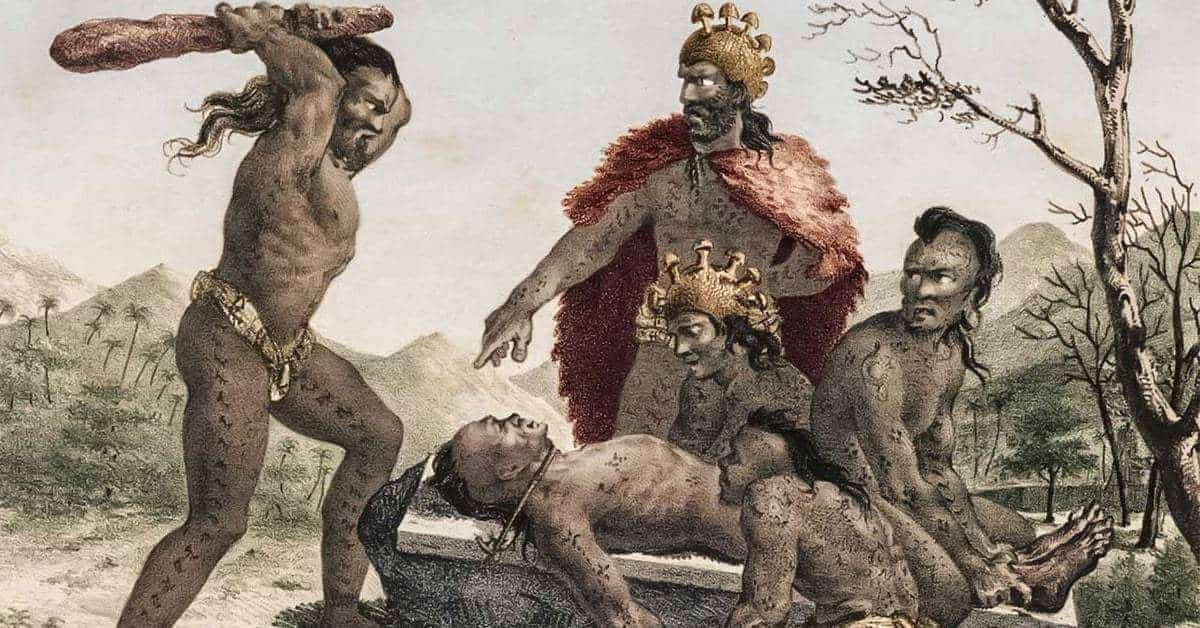 It has been found that many prominent ancient societies practiced ritual human sacrifice. The ancient Greeks, Vikings, Mayans, Egyptians and the ancient Chinese have all been known to have partaken in some form of human sacrifice. The methods of the human sacrifices were often as varied as the cultures themselves. Steeped in religion and ancient rituals many of these sacrifices were believed necessary and in some cases, there would be volunteers willing to be a part of the ritual. Even the most prominent and civilized of the ancient cultures practiced some form of human sacrifice from the burying of virgins to the burning of babies, there was little that people were not willing to do in order to appease the gods.

In ancient Chinese culture, human sacrifice was often present. What makes the human sacrifices of the Chinese so well understood is their use of oracle bones. During the Shang dynasty oracles would be used in order to find out the expected outcome of a plight upon the people and what type of sacrifice was required. Sometimes there was no answer and other times there would be a solution written upon oracle bones and the sacrifice would then be performed. There were also some sacrifices that would occur regularly as part of ritual, such as sacrifices to certain Gods or sacrifices when a ruler passed on.

Oracle bones were the earliest form of writing for the people of the Shang dynasty and they were only interpreted by rulers or religious leaders. The Shang practiced a form of human sacrifice in which the servants or personal slaves of the King would be expected to commit ritual suicide or volunteer to be buried alongside their master. This form of sacrifice would include both male and female servants of the king. It was a form of human sacrifice that continued throughout Chinese history.

The second form of sacrifice that was commonly practiced by the Shang and was only practiced during the Shang dynasty was the renji ceremony. Renji sacrifice victims were typically male and did not include personal slaves. Renji sacrifices would be chosen from prisoners of war or field slaves. Field slaves would be chosen because they would often be slaves that were captured from distant lands that were far outside the Shang domain. It was rare that the Shang would sacrifice their own people for renji unless they were criminals.

Renji sacrifices were performed in order to appease Shang-Di. Whenever food was short (due to war or famine) a renji ceremony would be performed. Hundreds of slaves would be sacrificed via decapitation. After which they would be buried in a large pit or incinerated. Excavations of Shang cities have uncovered large burial pits and ashes with oracle bones revealing the fate of the victims and reason for the renji ceremony.

The ancient Carthaginians were known to perform a number of different types of ritual sacrifice. Many types of sacrifice involved animals that were then placed in ritual urns. However, there has been a great deal of debate about whether or not the Carthaginians sacrificed their own children. Archaeological evidence and historical accounts suggest that there were some brutal ceremonies in which members of the elite would sacrifice their infant children. The elite were often the ones to sacrifice their children in exchange for favors from the gods. It is thought only the elite sacrificed children due to the expense involved in the burial of sacrificed children that have been uncovered.

One account suggested that it was tradition that only the noblest sons of Carthage would be sacrificed. Eventually the nobles grew tired of having to sacrifice their own children that they would instead use the children of their servants or buy children that they could nurture until it was time to sacrifice them. The practice would eventually turn out of favor completely and any priest who performed the infant sacrifice would be crucified, but still the practice would persist.

The method of sacrifice was also particularly cruel and brutal to the child. The babies would be placed on a heated bronze statue of Cronus. The statue was made with the palms upward but sloped toward the ground. The baby would be placed on the palms and then they would roll down into a gaping pit that was filled with fire. The child would be alive and conscious when they were burned and the ritual stipulated that the sacrificed child be “best-loved.”

The reasons for the sacrifices varied and would often be a sort of bargain between the parents and the gods. They would make a vow to sacrifice their next child in exchange for some sort of favor. One account suggested that a bargain could be struck over a shipment of goods making it safely to port. There is also some archaeological evidence to suggest that if a child died of stillbirth the parents would then sacrifice their youngest child. Some historians debate the merits of all the accounts over child sacrifice as the Roman engaged in postwar propaganda to make their enemies appear to be cruel and uncivilized.