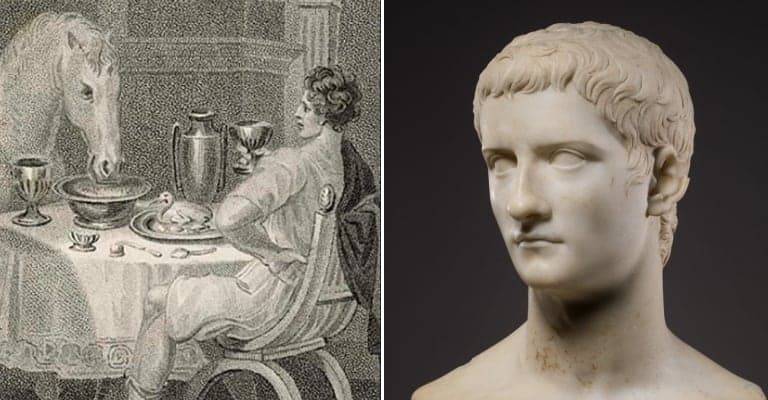 As crazy and cruel as Caligula’s post-illness behavior was, a method can be detected beyond his madness; one that speaks of a young ruler desperate to establish his authority. By declaring himself a living god, tearing up the whole streets of Rome for his own convenience to connect the palace to its temples, Caligula was acting like no emperor before him. He no longer wished to be seen merely as an emperor, a first amongst equals. He needed to set himself above all others without taking the hated title of King. To do this effectively, Caligula had to erode the standing of the Senate. For although he had been happy enough to rule with them before his illness, his incapacity had shown all of Rome the Senate could govern without him.

Caligula set about this task without restraint because his illness, pressure or the corrupting nature of power had eroded his self-control. However, his intention remained clear. Caligula wanted to debase his rivals by emphasizing their weakness in the face of his power. So he humiliated senators, making them run for miles beside his chariot or serve as slaves at his dinners. He also terrified them. Once at a dinner party, the emperor suddenly burst into laughter. “It occurred to me that I have only to give one nod and your throats will be cut on the spot,” Caligula replied when asked what the joke was. Seen in this light, the incident with Incitatus takes on a different perspective. It is not the action of an utterly insane man, but of a despot who was telling his government, that really, they were no more effective than a pampered pet.