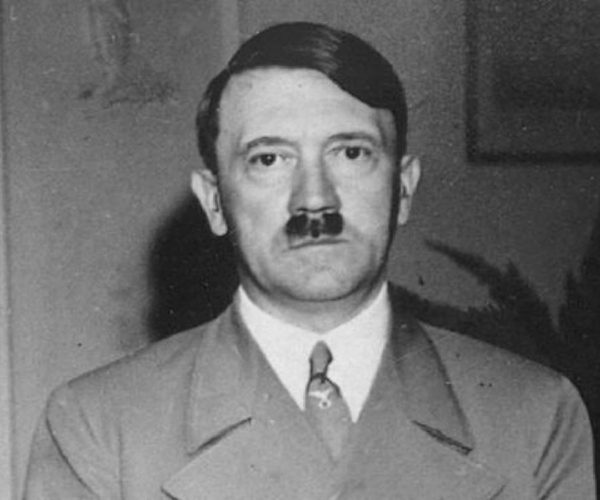 Professor Brian Ford of Cardiff University uncovered this strange plot. Ford said of his discovery: “There was an Allied plan that they would smuggle estrogen into Hitler’s food and change his sex so he would become more feminine and less aggressive.” Ford also stated: “The Americans put it rather well. They said, ‘take away his mustache and give him breasts’.

Ford went on to reveal that Allied forces were indeed close enough to Hitler that the execution of the plot would have been possible. Hitler did have poison testers, but estrogen doesn’t act immediately, and it would’ve been pretty much impossible to detect. It is also tasteless. Specifically, Allied forces wanted Hitler’s gardener to inject the hormone into his carrots.

Believe it or not, the estrogen plot wasn’t even close to some of the very weird ideas that Allies came up with to end the war. Forces wanted to drop glue on Nazis to stick them to the ground. One idea included disguising bombs as fruit tins. Even stranger, some thought dropping poisonous snakes on troops could help bring about victory. One of the strangest hair-brained schemes included launching a Panjandrum, or a Catherine wheel full of explosives from the Normandy coast. Forces nearly a million dollars testing the wheel to no avail.

On the flip side, the Nazis had plenty of bizarre schemes of their own. The Nazis planned to poison sausages, chocolate and Nescafe if they found themselves on the losing side of the war. They would leave the products where Allied troops would find them. Another Nazi plan involved a cigarette that would give an Allied spy a headache. They would then be offered an poison aspirin that would cause them to drop dead.

In the end, there’s no evidence that there were specific plans to carry out the estrogen plot. In fact, none of these zany plots took hold. So we will forever be left to wonder what would’ve happened had Hitler received the hormone.