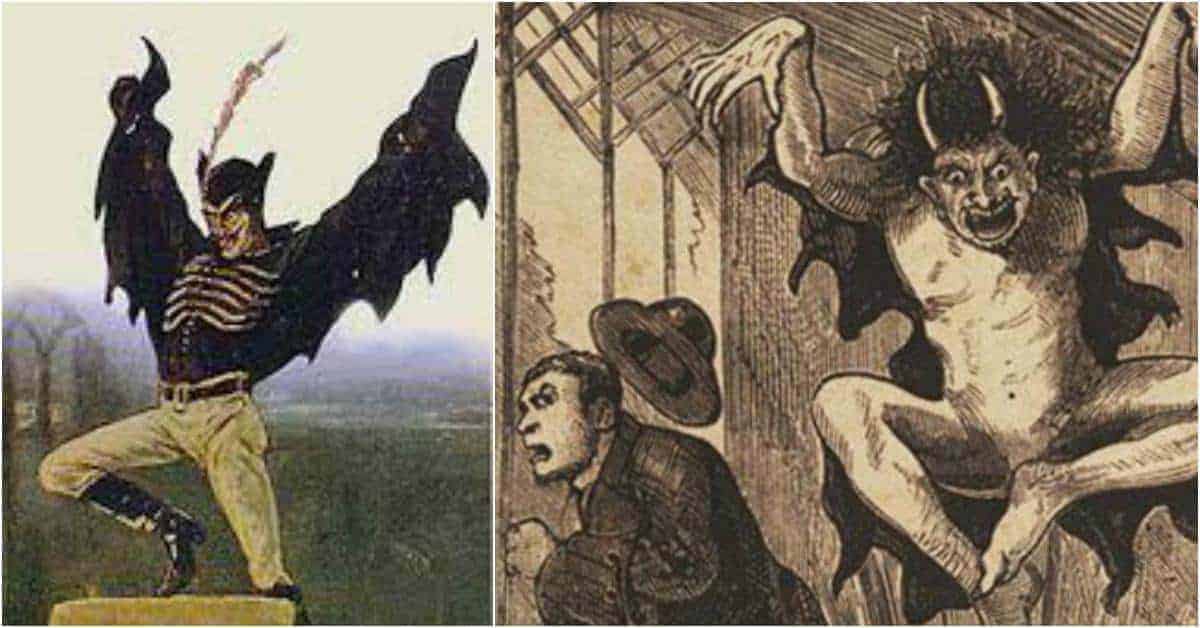 Was It the Mad Marquis?

The most likely explanation was that the people of Victorian England allowed hysteria to get the better of them. There had been stories of bogeymen and devils for centuries, and it wouldn’t take much to begin such a crazy rumor. A few decades before the first sightings of Spring Heeled Jack, there was a myriad of tales which suggested there were ghosts that haunted the streets of London. One of the most famous was the Hammersmith Ghost in 1803 and 1804.

While some of the ‘victims’ were probably nothing more than attention seekers, there is no question that a number of them were attacked by someone. As I mentioned earlier, Jane Alsop’s attacker was very much human, and two attacks attributed to Jack were perpetrated by Captain Finch. It seems certain that Jack was mentioned every time a person was genuinely attacked in the middle of the 19th century, especially in London.

There is also a suggestion that one person was responsible for the initial London attacks in 1837 and 1838. Even at the height of the hysteria, more sensible souls blamed everything on a group of young aristocrats. The prime suspect has to be Henry de La Poer Beresford, otherwise known as the Marquis of Waterford. He was known as a drunken hooligan and is apparently the inspiration behind the phrase ‘painting the town red.’ Along with a group of equally drunk friends, Beresford vandalized a small town, beat up policemen, stole red paint and threw it all over the town.

His behavior earned him the nickname ‘the Mad Marquis’ and his contempt towards women was well known. Also, Beresford was in London at the time of the attacks, so it isn’t much of a reach to suggest he was heavily involved if not the actual perpetrator. There is also an outside possibility that with his wealth and contacts, he was able to create some device that gave the appearance of fire-breathing although that’s unlikely.

The attacks on London were fairly short-lived, and this fits in with the rest of Beresford’s life. He got married in 1842 and moved to Waterford, Ireland to live with his new wife. By all accounts, he was a changed man thereafter and was well behaved until his death in a riding accident in 1859.

The legend of Spring-Heeled Jack lived on long after his initial London spree, and he became known as a bogeyman in folklore. Tales of his deeds were told to scare children into behaving, and he was featured in numerous publications and comics. Jack has also been used as an inspiration for television programs and video games. There have even been sightings of a monster similar to Jack in other countries around the world including in the United States.