Breaking News in Historic Ripper Murders: Diary May Reveal Identity of the Real Jack the Ripper 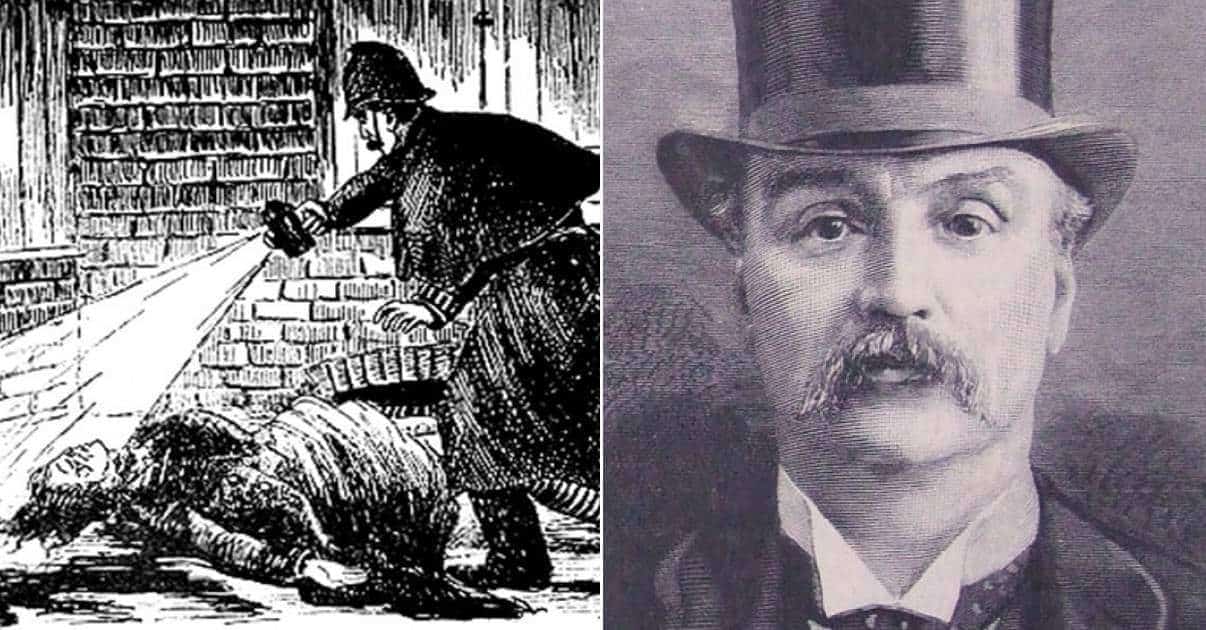 Breaking News in Historic Ripper Murders: Diary May Reveal Identity of the Real Jack the Ripper

Unlike the man himself who is long since deceased, the story surrounding serial killer Jack the Ripper simply refuses to die. Even though the extremely brief reign of terror happened almost 130 years ago, there seems to be an ‘update’ regarding the identity of the butcher of London’s East End almost every year. Although the number of victims (probably five but varies depending on who you talk to) is well below that of the likes of Dennis Nielsen, the ‘Ripper Murders’ is arguably the most famous murder mystery in British criminal history.

The so-called Whitechapel Murders occurred in 1888 with five ‘canonical’ victims amidst a total of 11 killings in the area between April 1888 and February 1891. After the last canonical victim, Mary Jane Kelly, was found on November 9, 1888, the Ripper seemingly vanished without a trace. Although no one has ever been charged and convicted of the murders, there is no shortage of suspects. The increasingly lengthy list includes doctors, policemen, and even royalty. The latest ‘theory’ posits that James Maybrick was the killer but before we discuss him, let’s review the murders.

A Summer of Terror

Mary Ann Nichols is usually said to be the first Ripper victim, but when her mutilated body was discovered on the morning of August 31, 1888, she was actually the third murder victim in the Whitechapel area that year. Emma Elizabeth Smith and Martha Tabram were both murdered earlier in 1888 although Smith died at the hands of several men while Tabram’s wound pattern was different to that of Ripper victims.

Annie Chapman was found dead on the morning of September 8 while Elizabeth Stride was killed on September 30. Catherine Eddowes died on the same night as Stride; possibly because the killer did not satisfy his bloodlust since Stride’s body was not mutilated. After the horrific murder of Kelly on November 9, the Ripper had struck five times in 10 weeks. The unfortunate Kelly had her throat severed down to the spine while her abdomen was virtually emptied of her organs and her heart was missing.

It is perhaps notable that the mutilations became more severe with each passing victim. The exception was Stride which makes it likely that the Ripper had been disturbed during the process. The killer was escalating, and it seemed as if more victims would be found disemboweled on the streets of London. There were four more, but most experts believe that Jack the Ripper was not responsible for the later killings; primarily because they were different to the canonical five.

Other would-be sleuths argue that the Ripper may have been responsible for six deaths while some suggest he killed three. The fact that police couldn’t even agree on the number of victims didn’t bode well for the investigation, and so it proved. Despite identifying numerous suspects, Jack the Ripper was never caught. To this day, both professional and amateur detectives argue over the identity of the killer, and there are over 100 named suspects. James Maybrick is one of the most compelling and new evidence claims he was indeed Jack the Ripper.

The entire theory that Maybrick was Jack the Ripper is based on a diary he supposedly wrote which issued a full confession. The diary is around 9,000 words, and in it, Maybrick confesses to five murders in Whitechapel and another murder in Manchester. He concluded by writing: “Yours Truly, Jack the Ripper.” The diary was discovered by Michael Barrett who claimed that he was handed it by a friend named Tony Devereux in a pub. It is important to note that Maybrick’s name is not in the diary, but it has allegedly been traced to his home.

In any case, the diary was published in a book entitled: ‘The Diary of Jack the Ripper: The Chilling Confessions of James Maybrick.’ Although it sold reasonably well, it was quickly derided as a forgery. The origin of the diary was a genuine mystery; not helped by the fact that Barrett and his wife Ann changed stories. First, there was the pub story. Then, the story changed, and Barrett was handed the diary when it was found beneath the floorboards of a mansion that was once occupied by Maybrick. Finally, Ann claimed the diary had been in her family for generations.

Tony Devereux died soon after the diary was discovered, so we will never know if the ‘original’ story about its discovery is true. The entire tale appeared to be exposed as a hoax in 1995 when Barrett signed two separate affidavits admitting that he made the entire story up and had written the diary with the aid of his wife. This came after three Thin Layer Chromatography (TLC) tests failed to shed light on the matter. Skeptics suggested that the writing style wasn’t Victorian and it appeared as if the Maybrick as the Ripper theory was dead in the water.

Despite the confession, the author of the published account of the diary, Robert Smith, believes the Barretts only signed the affidavits to avoid prosecution. Those who knew Michael Barrett assert that he didn’t possess the literary ability to complete such a sophisticated forgery. The ink and journal certainly pass for Victorian age items and extensive testing performed recently suggests the diary was probably written in the 19th century.

James Maybrick lived on a large property known as Battlecrease House in Aigburth, Liverpool and in 1992, a local contracting firm called Portus & Rhodes Ltd. conducted renovations at the mansion. Three local men: Eddie Lyons, Arthur Rigby, and James Coufopoulos, were working on March 9 when the diary was supposedly found. Lyons reportedly handed the diary to Barrett in a local pub and on the same day, he got in touch with a London literary agent named Doreen Montgomery.

Barrett told her that he had the diary of Jack the Ripper in his possession and things escalated from there. While some claim the diary contained details only the Ripper could know, others said it was cleverly pieced together from news reports. The three workmen denied finding the book, but all three men gave different versions of the story. Barrett later retracted his confession and insisted the book was genuine. If James Maybrick was the killer, why did he stop and why wasn’t he caught at the time?

If Maybrick was Jack the Ripper, the cessation of the murders is easily explained. He died on May 11, 1889, just six months after the last canonical killing. His wife, Florence, was convicted of poisoning him with arsenic and she spent 14 years in prison.

Bruce Robinson, writer and director of the cult classic movie, ‘Withnail & I,’ is convinced that the police force was guilty of collusion, rather than incompetence as was assumed at the time. He has thoroughly researched the case over the last 17 years and focused on the actions of Sir Charles Warren, the Metropolitan Police Commissioner, and lead investigator of the Ripper Murders.

While Warren didn’t hurry to the scenes of the first two crimes, he rushed to the discovery of the third and fourth victims, Elizabeth Stride and Catherine Eddowes. Police found graffiti at the scene which said: “The Juwes are not men to be blamed for nothing.” According to Robinson, Warren ordered the removal of the offensive graffiti, not because of fear of an anti-Semitic backlash, but because he was trying to hide the identity of the killer.

Robinson is adamant that Jack the Ripper was a psychopath protected by the Victorian state because he was a member of the freemasonry; as was Warren. Even if the police chief didn’t know who the Ripper was, he certainly realized that the man was a fellow mason. Robinson furthers his theory by pointing out that the symbols carved on the bodies of the victims were all parts of the Freemasonic Ritual.

The dramatist continued by explaining that ‘Juwes’ was not a misspelling of ‘Jews.’ Instead, it was a pun on a story central to Masonic mythology. In the tale, King Solomon has three treacherous Jews named Jubela, Jabelo, and Jubelum executed; the trio was also known as the Three Ruffians. Robinson says that Warren knew the message was from a fellow Mason. However, Robinson believes the killer wasn’t James Maybrick; it was his brother, Michael, a popular Victorian-era singer and composer.

The Mystery Lives On

As detailed as Robinson’s research undoubtedly is, skeptics dismiss the entire Masonic Lodge Conspiracy as fanciful nonsense. Regarding the possibility that James Maybrick was Jack the Ripper, the story surrounding the discovery of his diary is almost as big a mystery as the murders themselves. The truth is, the diary has never been conclusively proven as real or a hoax; especially since Barrett retracted his earlier confession.

So-called Ripperologists can make a good case for several suspects, but equally, skeptics can cast enough reasonable doubt on all of them. In reality, it’s unlikely that the killer’s real identity will be ascertained; that’s what makes the Jack the Ripper tale such an enduring mystery.