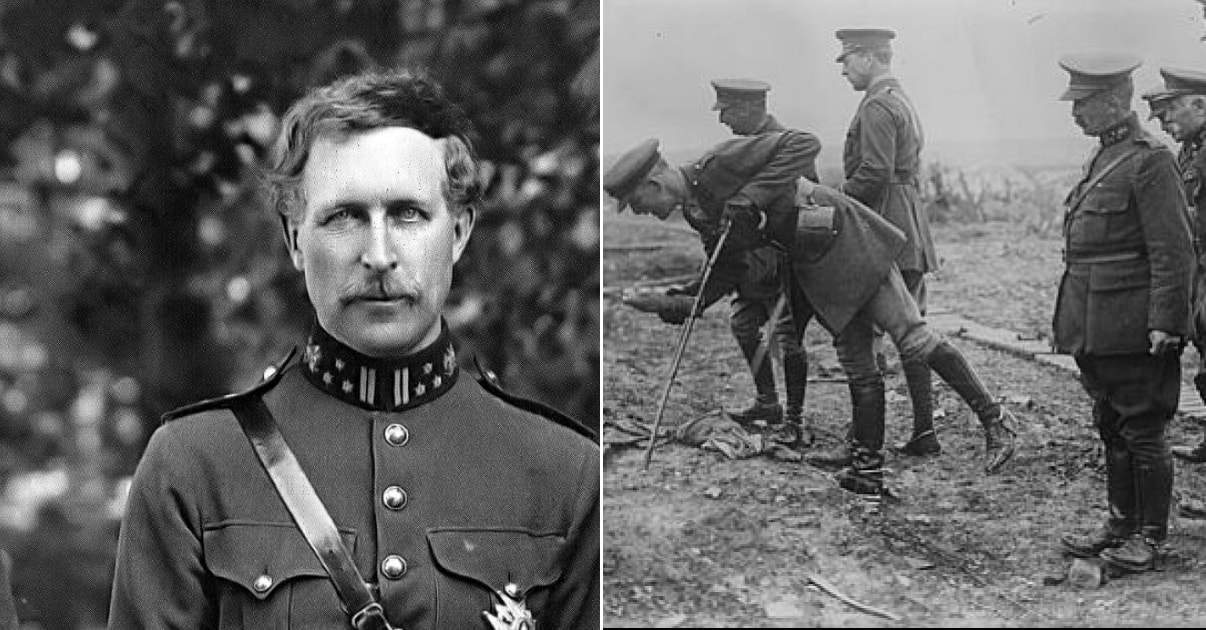 The Great War might be (in)famous for many things, but instances of admirable leadership isn’t one of them. One of the deadliest conflicts in human history, the war’s enormous loss of life can largely be explained in terms of obsolete military tactics coming up against newly mechanised forms of warfare. Adding fuel to the fire was the failure of many of the war’s generals to adapt, giving rise to the phrase “lions led by donkeys.” But things weren’t quite so black and white. The First World War also had its lions that led, and few were more remarkable than the King of Belgium, Albert I.

What makes Albert’s biography all the more impressive is that he was never destined to be king. Originally the third in line to the throne, his accession as the third king of Belgium came about only after a rapid succession of royal deaths: first of his older brother, then his father, then his uncle, Leopold II. Crowned on December 23 1909, Albert immediately struck a good note with his Belgian subjects, not least because his and his queen Elisabeth’s humble, modest lifestyle stood in stark contrast to his autocratic predecessor’s.

Albert dedicated much of his early reign to passing a series of reforms intended to benefit the native population of the Belgian Congo—Belgium’s only colonial possession which he had visited before his coronation. But as Europe’s unworkable web of alliances became ever more tangled, and the continent’s appetite for war became ever more palpable, Albert was forced to turn his attention inwards towards affairs at home.

It may be a small country, but Belgium was very much the fulcrum of the First World War. Sandwiched between an aggressive Germany and an increasingly fearful France, Belgium’s only hope of surviving any potential war was to remain neutral. Fortunately for Belgium, her neutrality was protected by a treaty signed in 1839. The British, amongst others, were obliged to come to her defence if her neutrality were violated. But what was fortunate for Belgium was unfortunate for European history: as, for the Germans, Belgian neutrality simply wasn’t an option.

For the Germans to successfully carry out their famed Schlieffen Plan (which they believed would win them the war before the Russians could mobilise to the East), it was crucial that they passed unopposed through Belgium and Luxembourg, circumventing French forts on the eastern border and quickly capturing Paris from the northeast. As storm clouds gathered over Europe in the summer of 1914, the Germans repeatedly requested safe passage through Belgium for their approaching invasion of France, eventually issuing an ultimatum on August 2. Yet despite being related to Kaiser Wilhelm II on his mother’s side, Albert had no intention of rolling over.

When the Germans invaded Belgium two days later on August 4, they set about waging a brutal campaign against the Belgian population as a whole. Belgian resistance proved far more effective than anyone had previously imagined. As commander of the Belgian Army, Albert initiated extreme measures to hold back the German advance: stationing snipers around towns and villages, mobilising troops by bicycle, and even mustering dog-drawn artillery. Frustrated by their lack of progress, and increasingly concerned at the speed with which the Russians were mobilising in the East, the Germans resorted to extreme measures, committing a series of atrocities and waging a war of terror on Belgium’s population.

The long list of German atrocities against civilians, and their total razing of the city of Leuven beginning August 25, soon came to be known as the “Rape of Belgium”. It’s difficult to know how much of what we know was exaggerated for propagandistic purposes—not least to try to bring the USA into the war on the Allies’ side. But between fanciful stories of German soldiers bayonetting (and even eating) babies and verified accounts of mass public executions, even for a time of war the German campaign in Belgium was gratuitously violent.

The German chief of general staff himself, Helmuth von Moltke, conceded that, “our advance into Belgium is certainly brutal, but we are fighting for our lives and all who get in our way must face the consequences.” But although Belgian men, women, and children would ultimately count among the victims of German atrocities, it doesn’t appear that all who got in the way were destined to face the consequences. Reports on both sides recalled that either out of respect for his status or through fear for killing a relative of the German Kaiser, no German troops fired on Albert.

We’ll never know whether or not this was just rumour. We do know, however, that Albert never shied away from grave danger. He personally led the Belgian defence at the Siege of Antwerp: one of the most decisive battles of the war’s early stage. The city was well defended by a series of forts and other defensive positions, and while Belgian forces could never hope to hold off any invaders completely, they could at least expect with some determined resistance to hold off an attacking army until her European protectors came to her relief.

After nearly two weeks of fighting, staggering losses, and some heroic sorties launched by the outnumbered and outgunned Belgians, Antwerp eventually fell to the Germans in October. Albert retreated his forces to Yser on the North Sea coast, drawing up a last line of defence along the Yser canal. He might have been propped up by French divisions and the British Expeditionary Force, but Albert was fighting a losing battle. And eventually, after suffering 3,500 deaths and 15,000 wounded, the Belgian king resorted to drastic measures to stem the German tide.

Opening the canal’s locks and flooding the surrounding the Low Countries, he forced the German Fourth Army to retreat to nearby Ypres (more or less the area where they dug in for the next four years). The Belgians couldn’t exactly claim a victory, but in failing to capture Paris and bring the war to a speedy conclusion the Germans had unquestionably suffered a defeat. What’s more, for good or for bad, Albert’s decision effectively ended the Race to the Sea and ensured the beginning of trench warfare on the Western Front.