The Battle of Leipzig: What You Don't Know About the Fall of Napoleon 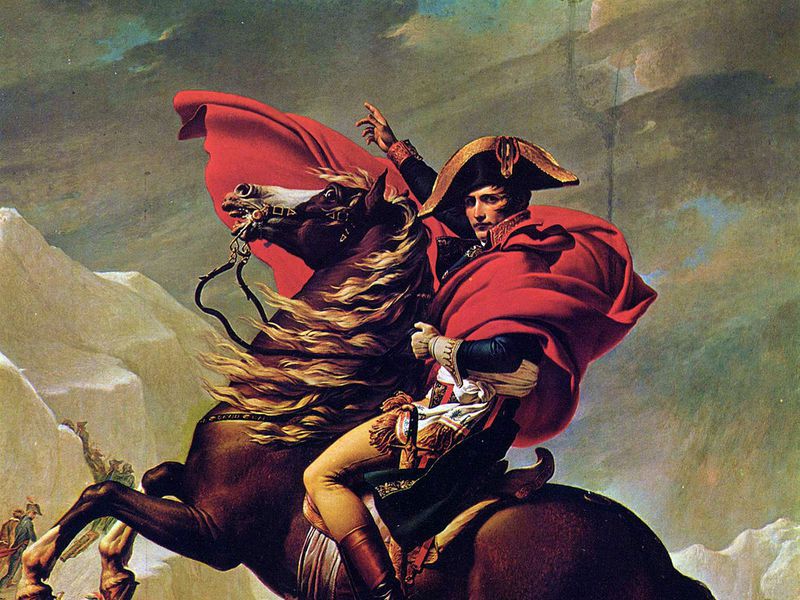 The Battle of Leipzig: What You Don’t Know About the Fall of Napoleon

By August 1813, Napoleon knew he was strategically on the defensive and greatly outnumbered. Therefore, it was necessary to go on the offensive to gain the victories needed to restore his fortunes. He learned the general situation of the Coalition forces and discovered that they were in three separate armies: 135,000 near Berlin and Stettin led by the crown prince of Sweden, 95,000 Russians and Prussians near Breslau, and 180,000 Austrians and Russians in Bohemia. Napoleon was based at Bautzen and believed he was a match for all three armies, but he had to defeat them one by one.

At the Battle of Dresden on 26/27 August, Napoleon and an army of 135,000 faced off against the Austrian and Russian forces led by Field Marshal Schwarzenberg. They were supplemented by Prussians, so the Coalition army probably numbered 214,000. It was a critical battle for Napoleon as two of his French Empire armies had been defeated by Coalition forces in the previous four days. Although he inflicted heavy losses on the enemy, a lack of cavalry meant the French couldn’t launch a major pursuit.

It was the last major victory for Napoleon who inexplicably rode back to Dresden, seemingly unaware of the importance of a successful pursuit of the enemy. Moreover, he left no specific orders for the pursuit. Perhaps he believed that he was fighting a losing battle at that point? Within a couple of days, one of his armies suffered a disastrous setback at the Battle of Kulm. Another French defeat at the Battle of Dennewitz on September 6 forced Napoleon to change his plans. He decided to leave Dresden and fall back towards Erfurt; he ordered Laurent Saint-Cyr to come with him after previously wanting him to stay at Dresden.

The Battle of Leipzig – Prelude

Napoleon created his final plan on October 7 but within a few hours, he changed his mind again, and Saint-Cyr and Lobau remained at Dresden after all. Napoleon’s crippling indecision was completely at odds with how he had commanded throughout his career, and it was a problem again from October 10-13 when he stayed at Duben and issued few orders. Eventually, he learned that Blucher was at Wittenberg and Schwarzenberg was south of Leipzig where his army was moving slowly. Napoleon aimed to destroy Blucher before attacking Schwarzenberg.

Blucher marched to his right and came into contact with another ally, Bernadotte on October 14. However, Bernadotte elected to retreat when hearing of Napoleon’s threat. A single march of the three Coalition armies would have trapped the French at that stage. The following day, Napoleon seized Leipzig and its bridges and dared his opponents to attack him one by one. Bernadotte’s retreat meant it would be three days before he could return, so it was now Napoleon versus Blucher and Schwarzenberg.

Even so, the French were heavily outnumbered. Napoleon had 220,000 men and 700 guns, but his Coalition enemies eventually had 380,000 troops and 1,500 guns. While the French army was concentrated in one spot, the allies were spread out. There were three monarchs on the battlefield, Emperor Francis I of Austria, Tsar Alexander I of Russia, and King Frederick William III of Prussia. At the beginning of the battle, the allies probably had no more than 220,000 men and were outnumbered in the southern part of the battlefield. Napoleon was able to strike first but was robbed of ultimate victory.

It is important to note that the Coalition’s victory was due to the weight of numbers, which led to a grueling battle fought over four days; 16-19 October. In the south of Leipzig on Day One, Napoleon ordered a barrage of cannonballs in a bid to immobilize the Russians. The Coalition forces exhausted themselves trying to cross the River Elster to the West, but Napoleon was unable to launch his major attack quickly enough because, as was the case at Waterloo, the early arrival of an enemy turned the tide.

Blucher surprised the French by arriving at 10 am so Napoleon had to delay his general attack until 2 pm. The Austrians arrived to support Russian divisions at Wachau and eventually, the day ended in a â€˜draw,’ bad news for Napoleon since the Coalition had at least 100,000 fresh troops to come. Day Two saw a pause in proceedings as the allies waited for reinforcements. Napoleon was expecting Saint-Cyr to arrive from Dresden, but crucially, he did not come.

Although Day Three began with both forces in similar positions to Day One, the allies attacked north and south Leipzig simultaneously. Moreover, Bernadotte was arriving from the north with 30,000 men, and another 60,000 of his troops were approaching the East of the battlefield. Napoleon refused to retreat, but by now, he was outnumbered almost two to one and in danger of being surrounded. A lack of ammunition was also a problem; Napoleon later claimed that he could have saved everything if he had an extra 30,000 rounds. As Bernadotte did not arrive on time, and the Russians lost a lot of men when attacking Halle gate, Day Three drew to a close with no decisive outcome.

This state of affairs changed on Day Four when Napoleon finally elected to retreat. The Coalition breached the Halle gate and were within shooting distance of the Elster Bridge by midday. This chain of events hampered the French retreat and a moment of chaos ruined everything. A French corporal was supposed to blow up the Elster Bridge when the French had fled, but he did it too soon and caused the capture of 30,000 men. Overall, the French lost anywhere from 60,000 to 100,000 men; the game was up for Napoleon.

Napoleon managed one more brilliant move while retreating. A 50,000-man Bavarian force under the command of Wrede blocked the French retreat near Hanau. Led by General Drouot, the French attacked their enemy and destroyed almost all of Wrede’s force. Napoleon and his entourage returned to Paris in the knowledge that their dreams of European conquest were all but over.

A large percentage of his remaining troops deserted before they even crossed the French border and in early 1814, the Coalition forces invaded Paris. Napoleon was exiled to the island of Elba, and while he returned for one last hurrah, his military career finally ended at the Battle of Waterloo.

1813 and the Lead Up to the Battle of Leipzig: Napoleon.org

Leipzig 1813: The Battle of the Nations – Peter Hofschrser