7 Ancient Inventions That Were Way Ahead of Their Time 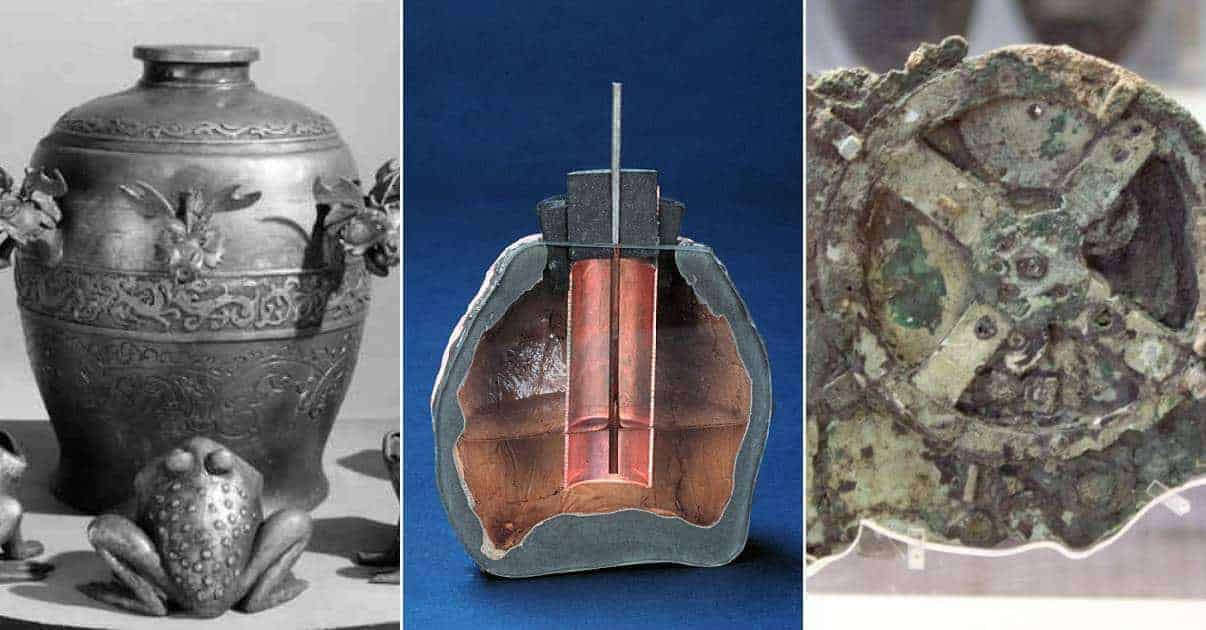 7 Ancient Inventions That Were Way Ahead of Their Time

The Greeks did not have central heat in the same way that we have it today, but they were undoubtedly pioneers in the field of keeping homes warm. The system that was utilized by the ancient Greeks was first found in the Temple of Ephesus in 350 BC. The Ancient Greeks termed this as hypocaust which means “under burnt.”

While the Temple of Ephesus was the earliest building known to have this method of central heating, Vitruvius attributed the invention of central heating to Sergiu Orata in 80 BC. The practice remained in use up through Ancient Rome. In Ancient Rome, it was found in hot baths and public buildings, and in the homes of the very wealthy because of the high cost.

The system was very labor intensive and expensive to maintain. There would be need to have a slave or a laborer to constantly maintain the fire to just the right level for the comfort of the people within the building. There were also designs of bronze ventilators which could be used to regulate the temperature.

The Antikythera Mechanism features a fixed ring dial on the front face that represents the ecliptic, the twelve zodiacal signs marked off on equal 30 degree sectors. This is similar to the Babylonian method of assigning 1/12 of the ecliptic to each zodiac sign despite the fact that the constellation boundaries were variable. Outside of the dial the device features a ring that rotates and is marked off with the days and months of the Egyptian calendar.

The Antikythera Mechanism was about the size of a clock with a large circular face on the front and a knob on the side for winding the mechanism forward or backward. As the knob was turned at least seven different hands would move on the face and they would display the celestial time. There was one hand for the moon, one hand for each of the 5 planets that the Greeks were able to see, and one for the sun. The device was able to show not only which stars rose and set on any given date but also the phases of the moon.

The device was incredibly complicated and though the pieces found give instruction and ideas about how it worked, scientists and historians can only guess at the complicated arrangement of gears that must have gone into it. Some suggest that the Greeks used epicycles to show the movement of Mars while others believe that it would have been beyond the ability of the ancient Greeks. A full model of the Antikythera Mechanism was created and found to not be entirely accurate based on today’s knowledge but it fits the knowledge of the Greeks at the time.

What is perhaps the most striking aspect of the ancient Greek’s automatic doors is the fact that it wasn’t until 1931 that the automatic doors that we are familiar with today were first created. The doors that existed in ancient Greece were clearly hundreds of years before their time. They were used only very sparingly due to the cost and time it required.

That isn’t to say that the automatic doors created by Heron of Alexandria were all that practical. They were a marvel to the people of ancient Greece but they were not something that could have been used for a home or most public buildings. It would take hours for the doors to open once the process was started. This meant that the doors could only be opened once a day.

To open the doors a fire would be lit in order to generate heat. The heat would cause the atmospheric pressure to build up in a brass vessel. The vessel would then pump water into large holding containers. The holding containers would then function as weights to open the door. This sort of hydraulic system would have been awe inspiring to those who would see a door open on its own before them.

There were two main applications for this type of door. The first was for the temple. Priests would be the ones to light the fires and keep them going to have the doors opening at the time that people would be showing up for prayer. There is also evidence that Heron developed a similar system to open the gates to the city.

Earthquakes have long been a source of mystery for scientists, predicting them has proven to be a challenge and detecting them has been a process that scientists have been exploring for nearly 2,000 years. The first known evidence of a device used to detect earthquakes comes from Zhang Heng.

The ancient seismoscope consisted of a large bronze vessel that was six feet in diameter. Eight dragons were featured around the outside of the vessel and marked the main directions of the compass. In the mouth of each dragon was a small ball that was held in place solely by the clamped jaws of the dragon. Beneath each dragon were eight toads with their mouths open toward the dragon. When an earthquake happened one dragon would drop the ball into the mouth of the toad to indicate the direction of the earthquake. In 138 AD, the device indicated an earthquake west of Luoyang, the capital city, but no one had sensed an earthquake there. However, a few days later, a messenger from the western Long region brought news of an earthquake. This sufficiently proved the device to the people of the era.

There is still no real understanding of how the device worked. Some believed that there was a thin set loosely set in the barrel and then the force of the earthquake would cause the stick to topple in the direction of the seismic activity. In 2005, scientists recreated the device using this theory and found that it worked as well as modern seismometers in a series of tests.

Greek Fire was developed in 672 AD by the Eastern Roman Empire. The fire went by a number of names by the Byzantines including “sea fire,” “Roman Fire,” and “war fire.” During the Crusades, the term Greek Fire was applied to any sort of incendiary weapon such as the ones used by the Arabs, Mongols, or Chinese.

But the fire that was used by the Byzantines was completely different from these other device,s and it was a closely guarded state secret. The secret of the fire was so closely guarded that it is not even known today. What is known was that the device used pressurized nozzles or some sort of siphon to spray the liquid onto the enemy. Greek fire was most notably used in naval warfare to stop invading Muslim fleets and was very effective because it was able to keep burning even on the water.

The use of Greek fire was able to protect the city of Constantinople from two Arab sieges on the city. It would continue to be used in naval battles against the Saracens, and numerous naval victories were tied to the use of Greek fire. Another reason why the formula for Greek Fire was such a closely guarded secret was because it was necessary to stop not only outside enemies of the state but also rebellion within the state. In 727 and 823, it was successful in defeating rebel fleets who did not have the technology.

Very little is known about Greek Fire and its composition today even though there are some theories. What is known was that it created a great deal of smoke and was accompanied by “thunder.” It was ignited by water and burned on water. The only way to put it out was with sand, vinegar, or old urine. Some theorists believe that Greek Fire was made with saltpeter as the main ingredient, while others believe that it was quicklime.