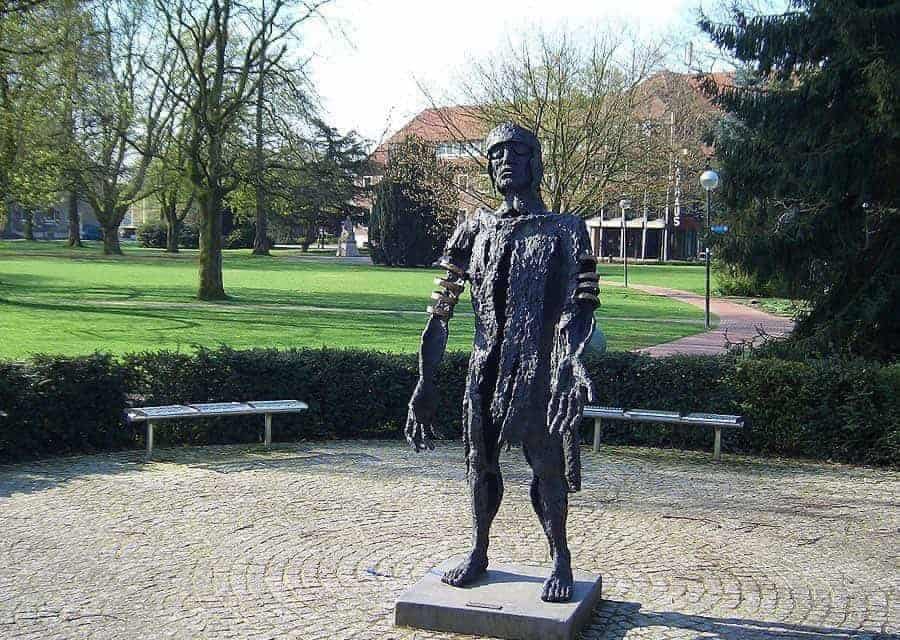 This disaster was a little surprising because it appears as if Cao Cao was a capable leader. During his career, he had helped defeat the Yellow Turban rebellion, gained power in Wei and on at least one occasion, Cao Cao won a battle with inferior numbers. At the Battle of the Red Cliffs in the winter of 208 AD, he made an extraordinary blunder that led to a remarkable defeat.

The Han dynasty had ruled China for the vast majority of the previous four centuries but was beginning to crumble. While Emperor Xian was supposed to be the leader, he was emperor in name only as several powerful warlords controlled China. Cao Cao was one of the strongest, and by 207 AD, he had control over most of northern China. After defeating the Wuhuan, he was appointed Chancellor in 208 AD. This ensured he had control over the imperial government. In other words, he was arguably the most powerful man in China.

However, Cao Cao wanted it all, so he decided to gain land south of the Yangtze River. Sun Quan and Liu Bei were allies and the most powerful men in southern China. The two forces met near the river although the precise location is hotly debated. Cao Cao’s army consisted of at least 220,000 warriors while his opponents probably had no more than 50,000. It should have been an easy win for the all-conquering warlord, but he made some astonishing mistakes that sealed his fate.

While Cao Cao had a significant numerical advantage, his men were tired and plagued by disease after enduring a series of marches in their leader’s southern quest. They were unable to gain the upper hand during an initial skirmish and retreated to the northwest banks of the Yangtze. Cao Cao had chained his ships stem to stern to prevent sea-sickness. A general called Huang Gai spotted this and sent a fake letter of surrender to catch his opponent off guard.

He sent some ships filled with kindling over to Cao Cao’s fleet under the pretense that they were surrender vessels. These ‘fire ships’ were set alight by their small crew who fled on small rafts. This element of Cao Cao’s army panicked and was massacred upon its retreat. Cao Cao attempted to flee with the rest of his men, but torrential rains had transformed the Huarong Road into a deadly swamp, and the troops were drowned in the mud or trampled on by their horses. Cao Cao went home and became King of Wei in 216 AD; he also remained as imperial chancellor until his death in 220 AD. However, he failed in his mission to conquer China.

According to historians, the city now known as Edirne but formerly called Adrianople has been the site of no less than 15 battles! When the Battle of Adrianople is mentioned, most people think of either the 324 AD version involving Constantine the Great or the 378 AD edition featuring the Roman Emperor Valens. Certainly, it is questionable whether any commander in the other 14 battles managed to be as utterly inept as Valens. It was one of the major turning points in history; after suffering a heavy defeat, the Romans lost their confidence and became easy pickings for the rampaging barbarian hordes. Less than a century later, the great Western Roman Empire had been destroyed.

Valens was the ruler of the eastern part of the Roman Empire and asked his nephew Gracian, the emperor in the west, to help him suppress a Gothic uprising in Thrace. It was a mess of Valens’ making as he allowed the Goths to settle in the east in 376 AD after they had been kicked out of their lands by the Huns. Things took a turn for the worse when the Goths rose up against the perceived tyranny of the Roman provincial commanders. The next two years saw a series of running battles with no clear victor.

By 378 AD, Valens had decided to take affirmative action and took a force of 40,000-50,000 men to meet the Goths head on a few miles outside the city of Adrianople in modern day Turkey. The days before the fateful battle featured nothing but blunders from the Roman commander. After learning that his general Sebastianus and the Western Emperor Gratian had enjoyed some success, Valens wanted to taste victory himself and got ready for battle. About three days before Adrianople, Valens received word that the Goths only had an army of around 10,000 men marching towards the city.

If this was his first mistake, his second one was not listening to his nephew. Gratian sent a messenger who told Valens to wait for reinforcements, but the stubborn emperor wanted the glory for himself. The Gothic leader Fritigern sent an envoy to request peace talks, but Valens, convinced of victory due to his supposedly superior numbers, rejected these proposals. It appears that Fritigern was merely buying time.

The Romans marched for seven hours over difficult terrain to meet the opposing Gothic force. By now, Valens’ men were tired, dehydrated and far from peak condition. Sources suggest that the Goths tried to negotiate a hostage exchange; again, this was to buy time for their cavalry to return from a foraging expedition. Valens adopted a standard military formation and marched forward; apparently, some Roman units started the battle before any order was given. As the Romans attacked their foe, the Goth cavalry arrived on the scene and surrounded their enemies.

The heavily armed Gothic cavalry destroyed the Roman light infantry. The Roman heavy infantry should have had the discipline to retreat, but instead, it collapsed and was annihilated. Valens probably died on the battlefield although his body was never recovered. The Romans lost up to two-thirds of its force at Adrianople, and this set the scene for the collapse of the Western Roman Empire.