Thousands of Southerners Fled the U.S. after the Civil War and Ended Up in this Country 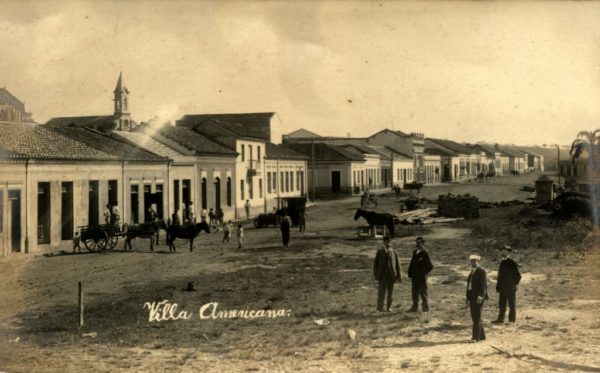 Thousands of Southerners Fled the U.S. after the Civil War and Ended Up in this Country

With land selling as cheaply 22 cents per acre in Brazilian States like São Paulo, the Emperor’s attempt to lure Southerners to Brazil was fairly successful with anywhere from 9,000 to 20,000 Americans eventually settling in Brazil. The biggest of these settlements came to be known to this day as “Americana”. The town soon prospered as the colony gained a reputation for efficiency and trustworthiness. Within a generation, the town was important enough to warrant the building of a railroad and the establishment of a cotton weaving factory.

Despite the many cultural differences in language, religion, food traditions and other basic ways of life, the town coexisted peacefully with its neighbors, eventually adopting not only many aspects of traditional Brazilian culture, but accepting intermarriage with local people by the second generation. The town became prosperous enough to attract additional immigrants from Europe, primarily from Italy and Germany, so much so that the ethnic identity of the town as “Americana” began to fade.

Though Americana was by far the most successful Confederate colony in Latin America, it was not the only one. Settlements in Belize and Mexico were attempted but quickly failed. Belize seemed like a great place to start a new life for many Southerners, as the country is English-speaking and developed close economic ties to the Confederacy during the Civil War. However, extreme weather and voracious insects soon destroyed any attempts to grow profitable products like cotton.

Perhaps most odd were the attempts to settle Mexico with ex-Confederates. It seems very unlikely that Mexican officials would invite Americans of any kind into Mexico, as just a few decades earlier a similar policy led to a catastrophic loss of territory during the Mexican-American War (1846-1848). After briefly inviting United States citizens to settle portions of Texas while it was still a part of Mexico during the 1820’s, political changes in the Mexican capitol led to those same Americans to revolt in the 1830’s. Trouble over Texas soon led to full-scale war.

Nevertheless, the possibility for American Southerners to start their lives over again originally seemed more promising than settling in any other country. Emperor Maximilian invited ex-Confederates to settle in his country for many of the same reasons as the Emperor of Brazil. Maximilian enthusiastically endorsed the establishment of a series of colonies, mostly in the north and east parts of the country, with plans to connect some of the larger American settlements to railroad lines.

Perhaps these plans may have succeeded if given enough time and a stable government. However, the political situation was far less stable than that of Brazil. Just two years after the Civil War, Emperor Maximilian’s political and military support rapidly disintegrated, which soon led to his execution. This left American Southerners vulnerable to murder by bandits and partisans. Any Mexican settlements soon disbanded.

Only the settlement of Americana persists in any real way as Confederate cultural area. Travelers to Brazil are often still surprised at the persistence of Southern culture in Americana. Famously, in 1972, then Governor Jimmy Carter, during a trip to Brazil was amazed to see so much Southern culture hidden so far away from the place where it was born.

Oddly enough, Carter’s wife was a direct descendant from one of the original settlers. The events surrounding the Civil War provide us with some of the most dramatic and vivid events in all of United States history. However, this period also provides us with events like these which are little-known and sometimes even harder to believe.