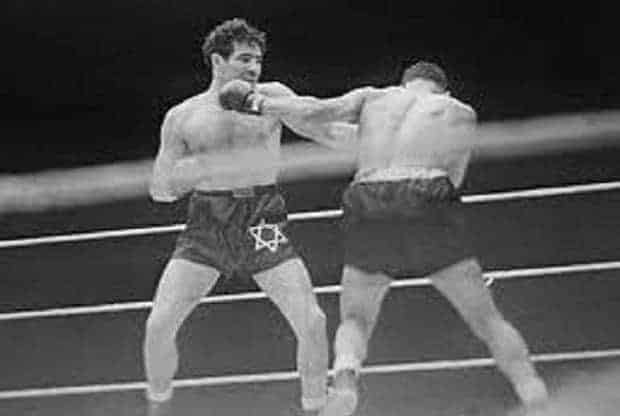 Once a bout between Schmeling and Baer had been announced, tickets began to fly off the shelves. Schmeling, despite being a favourite of Hitler’s, was denounced in Der Stürmer, the Nazi newspaper, for deigning to compete against a Jewish opponent. The turn in German politics that saw Hitler come to power had drastically shifted the public perception of Schmeling in the United States – where he had previously been quite popular – and the choice to fight Baer, who despite his troubles remained popular, made him into a pariah. Schmeling was not a Nazi and resented being associated with the anti-semitic policies of his home country’s government, but the chance to sell tickets on the back of his government’s love for him was too large. Boxing has always been a sport in which the mantra of “if the money’s there, it’ll happen” has always rung true, and this would be another example of that. It was a Nazi-backed, but not actually Nazi, German fighter taking on a Jewish American, but not actually Jewish, opponent. Despite the hardships of the Depression, 60,000 people bought tickets and filled out Yankee Stadium to watch the bout.

Once the bell went, the crowd would not be disappointed. Baer strode forwards and swung for Schmeling, as was his characteristic style, while Schmeling, the consummate counter-puncher, did his best to avoid the larger man and throw back himself. Baer was too strong, however, and as the fight wore on, he began to dominate. In the tenth round, he connected with a huge right cross that stunned Schmeling, following it up with a succession of blows to which the German seemed to have no answer. Eventually, Baer lined up a clean shot and put Schmeling on his backside. When Schmeling arose, he attempted to fight on and landed an illegal punch to the back of Baer’s head, causing the referee to judge that he was unable to control himself due to the punishment that he had taken. The fight was over, Baer had won by technical knockout.

The reaction to the fight was overwhelming. It was named Fight of the Year for 1933 and Baer was feted around America. he gained himself an even larger reputation as a power fighter and was awarded a shot at the heavyweight title, which he would win, defeating Italian Primo Carnera a year later in Long Island. Schmeling would lose again in the States before returning to Germany and winning three fights in a row. He came back to Yankee Stadium and knocked out Joe Louis, one of the greatest heavyweights of all time, in 1936. Schmeling should have been awarded another shot at the title, then held by Jim Braddock, but the boxing authorities feared that, should the German win, he would take the belt to Germany and the Nazis would then refuse to allow Louis, a black fighter, a chance to win it. The two Louis fights, as well as that between Schmeling and Max Baer, with all the political implications that they held, were a major part of the historical inspirations for Rocky IV and the contest between Rocky Balboa and Soviet puglist Ivan Drago.