Agent 50: The Heroic Spy Who Saved Hundreds From Japanese Clutches in WWII 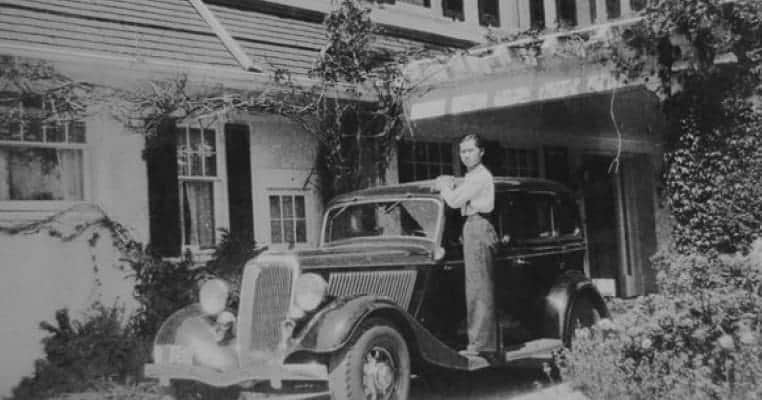 Agent 50: The Heroic Spy Who Saved Hundreds From Japanese Clutches in WWII

William “Bill” Gun Chong, BEM, (1911 – 2006) had himself quite an adventure during World War II. A Chinese-Canadian born in Vancouver, British Columbia, he was visiting relatives in Hong Kong in 1941, when all hell broke loose and the Japanese invaded and swiftly conquered the British enclave. After scary run-ins with the occupiers, Bill managed to escape. He then volunteered to serve with the British Army Aid Group, a paramilitary organization that operated in southern China as a unit of British Directorate of Military Intelligence Section MI9.

Bill was given the codename “Agent 50” (“five-oh”), and inserted into Japanese occupied China to gather intelligence, help shepherd POW escapees to freedom, and deliver desperately needed medical supplies. He spent the years from 1942 to 1945 travelling behind enemy lines, doing his best to avoid the unwelcome attentions of both Japanese patrols and Chinese outlaws. He was captured on three separate occasions, but he proved himself a slippery customer, and managed to escape and resume his clandestine work each time.

Bill Chong was born and raised in Vancouver, in an era rife with anti-Chinese discrimination. He grew up in a country where he could not vote, and where he could not even use a public swimming pool alongside white Canadians. Opportunities for advancement and upward mobility were few and far in between for Chinese-Americans, and equality was a pipedream. Against that backdrop, he eked a living from menial and low paying jobs. That did not prevent him from becoming a patriotic Canadian.

When WWII began, Bill was a house servant and cook in Vancouver. When Canada joined the war, the local Chinese community was divided about whether Chinese-Canadians should volunteer to fight. As some saw it, why volunteer to fight for a country that treated them as second class citizens? Others argued that volunteering to fight would shift public perceptions about Chinese-Canadians and their right to full citizenship. As one veteran put it: “We weren’t demanding something extra, we just wanted to be equal“.

Bill was in the latter camp, and he tried to do his bit out of patriotism and love of Canada. However, Canada did not seem to love him back: when he attempted to enlist in the army, he was turned away by recruiters who were unenthusiastic about signing a “Chinaman”. As fate would have it, Bill Chong would end up playing a greater role in the war than anybody could have imagined when he was spurned by the Canadian military.

It began with a family bereavement. Bill’s father died in Canton, and his sister, who lived in Hong Kong, wrote her brother to tell him that he was needed to help settle the deceased’s estate. So he travelled to Hong Kong in 1941, but probate turned out to be more complicated and took much longer than expected, and weeks dragged into months. Bill was still in Hong Kong in December of 1941, when Japan kicked off the war in the Pacific and Asia by attacking American, British, and Dutch colonial possessions.

On December 18th, Japanese forces invaded Hong Kong Island, whose garrison included Canadian units. After a week of heavy fighting, during which thousands of civilians were killed, the Japanese secured the island and forced the defenders to capitulate. Like many who found themselves living under Japanese occupation, Bill Chong was appalled by the brutality and rudeness of the conquerors. He grew particularly incensed after he witnessed a Japanese soldier execute a wounded Canadian officer, and decided that he would do something about it.

Bill Chong sold all his possessions in Hong Kong, burned his Canadian passport, and set out for mainland China. As he put it: “I had seen so much of the war in Hong Kong I was full of hate … I had seen how the Japanese killed people, killed Canadians without any cause. They’d just shoot anybody they want, they’d shoot people left and right. I said, ‘I’ve got to do something about this.’ I felt like getting a gun and just going out and shooting a few Japanese [soldiers]. So I escaped to China“. He left with nothing but money, reasoning that if he was caught carrying supplies for a journey, it would probably mean his summary execution. He planned to buy food from villages en route, but those hopes were dashed when he saw a Japanese flag flying from each one. So he subsisted on raw vegetables, dug from gardens in the dead of night.

Bill had nebulous plans to join Chinese guerrillas, but he ran into a British military intelligence officer who convinced him that he would be more valuable as a clandestine agent. The Canadian military might have scorned Bill when he tried to enlist, but the British welcomed him with open arms. As a fluent speaker of both English and Chinese, Bill was ideally suited for intelligence work, so he was assigned to the Directorate of Military Intelligence, Section MI9. When volunteers were sought for hazardous work with an MI9 subunit, the British Army Aid Group (BAAG), Bill stepped forward.

BAAG was a paramilitary organization that operated in southern China, whose primary missions were to gather intelligence, and help escaped POWs make their way to safety behind Allied lines. Throughout the war, BAAG sent agents into Japanese occupied southern China and Hong, to gather intelligence and help POWs escape from Japanese clutches. The escapees were then guided to Chungking, China’s wartime capital, were they were debriefed, before rejoining the war effort.

Bill Chong was given the codename Agent 50, and sent to operate behind Japanese lines. He recalled in later years that: “[w]e didn’t have any communications; we had to use the Chinese telegraph office … Every time I’d send a message back, they wanted me to include the word 50. I’d write I was going back for my mother’s 50th birthday, I’m waiting for transportation, things like that. Then they understood it was from me. If I had some escapees, I said I had three cattle, three escapees“.

His first mission was to find out what had happened to the British consul in the Portuguese enclave of Macao, with whom contact had been lost. Macao was officially neutral, but it was teeming with Japanese, who had heavy patrols throughout the region. “I found out if you tried to go there by boat, you’d get shot … If you walked, you’d get caught. So how the heck was I going to get there? I went to a smuggler’s town, bandits, crooks, just like you see in the movies. You didn’t find a good guy there, all bad guys. I stayed in a little crummy hotel, and I began to get friendly with them.” After winning their confidence, Bill got the smugglers to sneak him into Macao, where he discovered that the consul was OK.

After completing his mission in Macao and reporting back to BAAG, Bill Chong was sent on further missions. Some involved scouting and reporting back on Japanese troop movements, and others entailed helping downed Allied pilots and air crews make it to the safety of Allied lines. Equally hazardous were his missions of mercy, delivering desperately needed medicines to BAAG outposts and resistance cells behind Japanese lines. It was physically exhausting work, travelling the war torn countryside on foot, sometimes covering up to 50 miles in a single day, then sleeping on the bare ground. He wore disguises, and affected a limp as cover for the use of a walking stick: it had a hollowed out compartment, in which he secreted intelligence documents or hid medicines.

The work was also mentally exhausting. On one occasion, he and a guide were discovered hiding from a Japanese patrol. Their captors beat them bloody, then forced them to dig their own graves, and asked whether they would rather be shot or beheaded. Bill figured the jig was finally up, and asked to be shot, but the duo were spared at the last minute when the guide showed the Japanese the personal card of a retired Japanese intelligence officer, and convinced them that he was one of his agents.

On another occasion, he was swept up in a random Japanese roundup, and locked up with others in the hold of a rickety fishing boat, that was then set adrift on the ocean. He survived when somebody discovered a rotten plank, kicked it out, crawled through the hole, then opened the hatch from the outside and released the rest of the prisoners. Another close brush came when he was held by collaborationist Chinese bandits, but he convinced them to let him go in exchange for medicine for their ailing leader.

The exact number of escapees rescued by Bill Chong is unknown, and probably unknowable. However, there were many who owed their freedom, or even their lives, to Agent 50. As he put it: “According to some newspapers, I rescued 1,863 people. That is not true. I never rescued that many people. A few hundred, yes. I didn’t keep a record. Where would I keep a record? I didn’t want to be caught [with papers] saying on this day I brought so many people. Even our head office didn’t keep a record, because everybody was busy, nobody had time. I brought them back, put them on the plane, that was my job.”

In 1946, Bill Chong was decorated by Hong Kong’s governor, and became the only Chinese-Canadian ever awarded the British Empire Medal. He was asked to stay on as an agent, and he agreed. He worked for British intelligence, operating out of Hong Kong and carrying out missions into communist China, until he retired in 1976. He returned to Canada, but nobody knew of his background until somebody noticed a photo of him receiving an award from Hong Kong’s governor. He was talked into joining a veteran’s organization, and after word of his exploits spread, he became the subject of a CBC documentary. He died in 2006, at age 95.