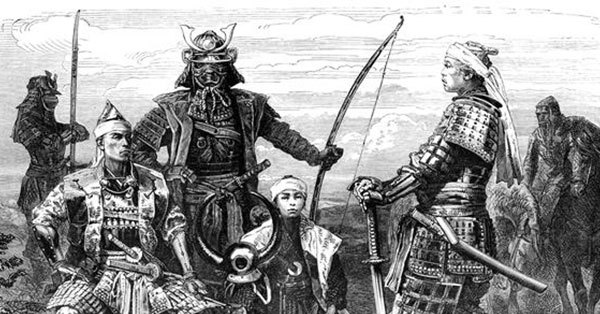 In 1579 someone very strange journeyed to Japan and quickly became a national sensation. He came in the company of Jesuits and most believe that he came as their slave. Some say that he was a Makua from Mozambique. Others say that he came from Angola or Ethiopia. There are even a few that suggest he may not have even been African at all but rather a European born slave from Portugal.

His early life is mostly a mystery. His birth likely occurred sometime between 1555 and 1566 but even that cannot be verified. Most of what is known about Yasuke before he came to Japan is conjecture and supposition because it was not until he started making waves with the Japanese people that he started to make his mark in history. There are reasons to believe that he could have come from Ethiopia since they were just starting to get contact with the Portuguese.

Mozambique on the other hand would not experience significant Portuguese presence until 1585 which is long after Yasuke would have left. The Makua of Mozambique were agrarian and not militant while the Habshi people were more like soldiers and therefore more in line with what is known about the strength and personality of Yasuke.

He came to Japan as the attendant to Alessandro Valignano, a Jesuit missionary. Several Jesuit missionaries traveled to Japan in order to visit the missions that had been set up throughout the island country. From the moment the Jesuits arrived in Japan, they attracted plenty of attention, or rather Yasuke attracted attention.

Never before had most of the people in the country seen someone with dark skin. While Yasuke and the Jesuits visited a church in Kyoto it was said that people would travel great distances for the chance to see him.

All the excitement surrounding the visitor drew the attention of the warlord Oda Nobunaga. He requested an audience with Yasuke, and being that he was one of the most powerful men in Japan, his request was granted.

Nobunaga found the dark skin of Yasuke to be unbelievable and demanded proof that it was truly his skin and not ink. He made Yasuke take off his shirt and then he rubbed at the skin to see if the ink would come off. Once he was satisfied, Nobunaga became as fascinated with Yasuke as the rest of Japan was. It was even said that Nobunaga was the one to grant the African the name of Yasuke. There are several historical records from the period that detail this first meeting between Nobunaga and Yasuke.

It was not long after this that Yasuke entered into the service of Lord Nobunaga. The method of Yasuke’s transfer from the Jesuits to Nobunaga is unclear. While Japanese accounts suggest that Yasuke was presented to Nobunaga the European accounts make no mention of presenting Yasuke to Nobunaga.

What happened next cemented Yasuke’s place in the history books.

It wasn’t just the color of Yasuke that impressed the warlord, it was his size and strength. Some accounts put his height at 6 feet 2 inches or 188 cm. This would mean that Yasuke would have towered over Japanese men, even tall ones like Nobunaga. The warlord also found Yasuke to be as strong as that of ten normal men. Given his stature, color and strength, it is easy to see why a cunning warlord like Oda Nobunaga might want Yasuke standing beside him in battle.

Yasuke from then on became the personal bodyguard and chief warrior of Oda Nobunaga. He was officially made a samurai and one of the proudest warriors under Nobunaga. He remained a national sensation and anywhere he went he was met with fascination. He is believed to be one of the first non-Japanese people to ever be granted the honor of samurai if not the very first.

After that in 1581, he was put into the service of Nobunaga he was taken to Nobunaga’s castle at Azuchi and there were some who believed that the former slave would even be ennobled. Yasuke was given money by Nobunaga’s nephew and was welcomed into Nobunaga’s forces. Yasuke was present at the Battle of Tenmokuzan and later met with Tokugawa Ieyasu whose forces were immensely impressed with the sight of Yasuke.

Yasuke was also something of a conversationalist. Nobunaga was said to enjoy long talks with Yasuke which many take to believe that Yasuke was fluent in Japanese. It is likely that Yasuke learned it from Valignano who wanted his Jesuits to be able to easily assimilate into Japanese culture. This is the only possibility as Nobunaga would not have known Portuguese and Yasuke would not have known classical Chinese.

Yasuke became a man of such importance to Nobunaga he was given his own residence. He was also given a short, ceremonial katana which mark his stature as a Samurai. He was the only non-Japanese warrior that was kept in the retinue of Nobunaga. At some point, he was also assigned the duty of weapon bearer.

His life by Nobunaga’s side was not to last because in 1582 Akechi Mitsuhide, Nobunaga’s general attempted to overthrow him in a coup. Mitsuhide stormed the temple where Nobunaga was staying in Kyoto.

Nobunaga was convinced that his end was upon him and therefore committed Seppuku, the ritual suicide of the samurai. Yasuke was not willing to follow suit and therefore fled to Azuchi castle. It was at the castle that he entered into the service of Oda Nobunaga’s son, Oda Nobutada.

Again things were short-lived for Yasuke because Oda Nobutada also committed ritual suicide after suffering a defeat of his own against Misuhide. Yasuke when faced with Misuhide and his men refused to commit suicide in the way that the two other samurai leaders had and instead turned over his sword.

It was because of his refusal to commit suicide that Mitsuhide called him a”beast” and not a true samurai or a true Japanese. Because Yasuke had no honor Mitsuhide decided not to kill him but rather send him to the “Temple of Southern Barbarians” which was what the Japanese called the Jesuit church.

There are some who credit this as a sign of pity due to the reverence for Yasuke and black people in Japan (Buddha was sometimes portrayed in black) and because Mitsuhide feared upsetting the Jesuits. With Japan now in turmoil he would need all the allies he could get. For their part the Jesuits were overjoyed at the return of Yasuke and praised God for his safety.

Once Yasuke was no longer a samurai no more was written about him. He likely returned to obscurity with the Jesuits. There were some stories about an African man working as a gunner in the service of Arima Harunobu but there is nothing that links that man to Yasuke other than it was close to the time that Yasuke left the service of Nobunaga.