Adelaide Herrmann, the Queen of Magic in the Victorian Era Dove Into Stage Magic When Her Magician Husband Suddenly Died 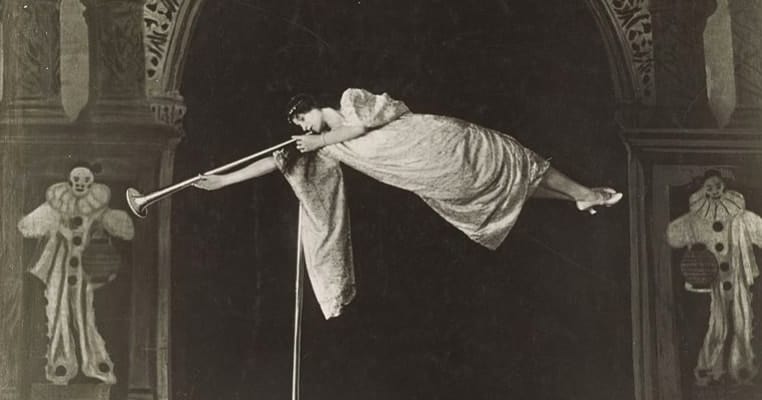 Adelaide Herrmann, the Queen of Magic in the Victorian Era Dove Into Stage Magic When Her Magician Husband Suddenly Died

Adelaide was a professional dancer who married a famous magician named Alexander Herrmann. She started out as his magic assistant, but then, he tragically died when she was in her 40’s. Without any money or means of supporting herself, she dove head-first into the magic industry and made a name for herself practically overnight. People loved her work so much, she performed magic longer than her husband ever did, and even longer than most men ever did in the Victorian Era. Even though her act was famous and well-loved at the time, her memory has tragically been all but forgotten today.

The Assistant Becomes The Magician

Born in 1853 in London, Adelaide Scarcez was living in the heart of the Victorian Era. Her father built a museum called The Egyptian Hall on Piccadilly street, which drew huge crowds of people. As a young girl, she wanted to be a professional dancer. Even though her father was wealthy and probably well-connected in the London entertainment scene, it was her dream to move to New York City and become a dancer.

When she arrived, Adelaide needed a job. The ballet world in New York is incredibly competitive, and there is a small window of time in which girls can actually get their foot in the door. Even if they get hired, their window of opportunity is very small before they have to retire. Instead of the New York Ballet, Adelaide was working for The Kiralfy Brothers, who had a circus and burlesque show.

She found her golden opportunity when she met a magician named Herrmann the Great, which was interesting, because she thought Herrmann the Great was back in London. Turns out that there were two Herrmann brothers- one named Compars who performed in Europe, and Alexander, who performed in the United States. He agreed to hire her as his assistant. Like most ballerinas, Adelaide was thin, elegant, and graceful. So she fit in perfectly to the magic assistant role.

The two fell in love, and got married in 1875. At 22 years old, Adelaide was officially one of the Herrmanns. As time went on, Adelaide learned plenty of magic tricks, and she started to invent her own, but they were very difficult to pull off. She would encourage Alexander to use her tricks on her behalf, after demonstrating them during rehearsal. But he would often fail, because they were too hard.

For example, she made a trick where various colors of sand are poured into a bowl of water, but then the magician reaches in and grabs dry sand out of the water. When Alexander embarrassed himself in front of the crowd, he decided to stick to the tricks he knew he could handle.

In the Victorian Era, spiritualism was very popular, and people were being duped out of their money in hopes of communicating with their dead loved ones. Instead of trying to push the envelope to do highly skilled illusions, Alexander started to publicly debunk mediums and psychics who claimed to communicate with the dead. He exposed them by replicating how spiritualists do their tricks, and explained it all to the public. Herrmann helped expose a famous medium named Ann O’Delia Diss Debar, who was eventually sent to jail for fraud and rape. One of her tricks was to claim that she was being possessed by the spirits of famous dead artists, and she would sell those paintings for huge amounts of money. Harry Houdini was also speaking out against her, and the entire magic community celebrated when she was finally behind bars.

In 1896, when Adelaide was 43 years old, Alexander died. She never expected that her husband would die at such a young age. Back then, an assistant was nothing without her magician. Even though he was successful and made a lot of money, it was a far from enough to retire on. Adelaide also genuinely loved magic, and she didn’t want to stop.

Adelaide thought that maybe the name “Herrmann the Great” could live on in someone else in the family. So she tried to convince her nephew Leon to become the new Herrmann the Great, but they often disagreed on how to run the show. She became his manager, and also spent time teaching him how to do tricks. Things were going well, until he became very arrogant. He believed he could do it all on his own without giving his aunt a percentage of his earnings.

Leon Herrmann fired Adelaide as his manager. However, as soon as she was out of the picture, he failed miserably. He had no natural talent for magic, and any success he had in the past was because of his aunt’s coaching. Leon Herrmann gave up on magic. Adelaide realized that if she wanted something done right, she would have to do it herself.

Adelaide Decided To Go Her Own Way

Instead of trying to rely on the Herrmann men to be the stars, she started to create her own magic show. She didn’t try to dress in drag and pretend to be one of the Herrmann Brothers, either. She embraced her femininity and her own talents by showcasing them on stage in a way that audiences had never seen before. She called her show “Magic, Grace, and Music”. She wore beautiful gowns, and danced during her magic acts. She hired other young dancers to join in the show, as well.

She performed illusions that would be difficult for magicians to even pull off today. For example, She would disappear into a puff of red smoke, and Satan would appear in her place. She would levitate off the ground, with her long elegant dresses flowing under her. There was another trick where she laid down in a coffin and had it set on fire, and she somehow managed to escape. 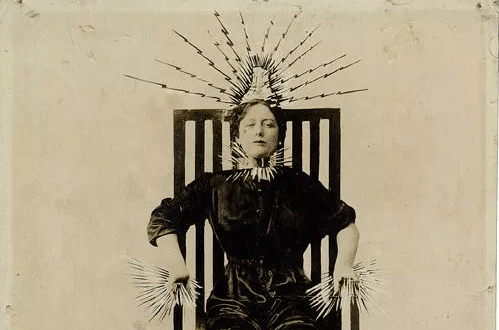 This was all amazing, but in order to be fully respected in the magic community, Adelaide had to do a trick that was hard for even men to pull off successfully. Right out of the gate, she performed the magic bullet trick during “Magic, Grace, and Music”. Instead of just one person shooting at her, she would invite six men to fire their guns at her, and “catch” the bullets with her teeth. By doing such a gutsy magic trick, even all of the male magicians in the industry instantly respected her. It was clear that she was a far better magician than the Herrmann Brothers ever were.

She was always coming up with new ideas and adding new aspects to the show. She started an act called Noah’s Ark, where she amassed a collection of 200 animals. She performed in all of the biggest venues in New York City. People loved her. Not only was she able to support herself, but she created jobs for other performers who helped with her act.

Her Career Lasted The Rest Of Her Life

In 1926, everything from Adelaide Herrmann’s magic act burned to the ground when her storage buildings caught on hire. She was in her 70’s, and she lost absolutely everything, including the 200 animals she used for Noah’s Ark. One man even died in the fire, as well.

Despite this major setback, she decided to rebuild and start over from scratch. She created completely new acts with things she could pull together quickly. Audiences still loved her act, and were impressed that she was able to make a comeback. She continued to practiced magic up until her death, when she died at age 79 from pneumonia.

So, if Adelaide Herrmann was really so amazing, why is she not remembered amongst the likes of Harry Houdini? The reason for this is likely because most of her belongings were burned, which meant that there was no market to sell her items. Part of the reason why magicians like Houdini were remembered is because auctioneers played up his memory to make his items seem extremely valuable. And there was no shocking or tragic end to her life that was a juicy story for the newspapers. Without any financial motivation to keep her memory alive, everyone stopped talking about Adelaide Herrmann after a few years.

If the fire had never happened, the world may still remember Adelaide Herrmann and talk about her just as much as they talk about Harry Houdini. Unfortunately, the world of stage magic is still dominated by men, even to this day, and it’s most likely because girls do not have female role models to look up to, like Adelaide. But she proved over a hundred years ago that sometimes, being yourself and showing your talent can pay off in a big way, and that girls can be magicians, too.

She Caught Bullets With Her Bare Hands- and Made Magic’s Glass Ceiling Disappear. Allison Meier. Narratively. 2018.