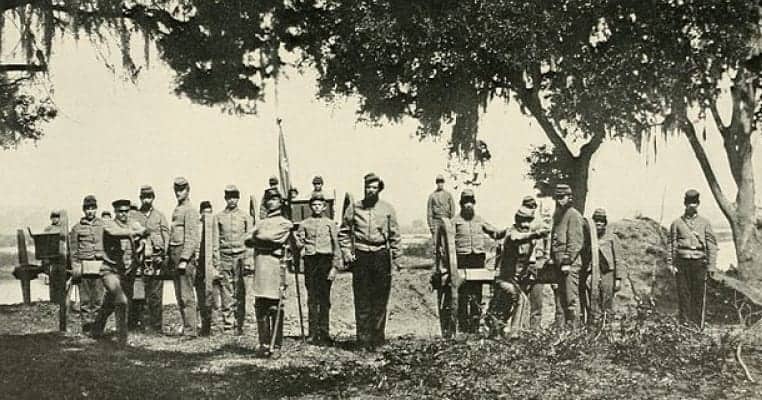 Dixie’s Legacy as the Battle Cry of the Confederacy

By 1862, the Confederacy officially adopted “Dixie,” the shortened form of “Dixie Land,” as its nickname. The song remained popular in the North. Soldiers in both the Confederate and Union armies, as well as citizens and slaves alike, could sing it from memory. It was a catchy tune for the time. Initially embraced by Confederate soldiers who expressed nostalgia and pride in being Southern, they sung it during their formations. When launching attacks on Union soldiers, the Confederate army chanted it.

Over the years, Daniel Decatur Emmett shared different stories of how he wrote the song. In an 1872 interview, he admitted that the phrase “Dixie Land” referred to the states below the Mason-Dixon line. The minstrel show circuit concluded in the North every winter, and the performers missed the warmer climate of “Dixie Land.” Emmett hated his song’s association with the Confederacy, reportedly telling another performer “if I had known to what use they were going to put my song, I will be damned if I’d written it.”

“Dixie Land” became the most popular song of the nineteenth century – even Abraham Lincoln recognized its power. After the Civil War ended, he brought it into the fold of the Union to heal the wounds of the conflict. On April 8, 1865, the night before Confederate General Robert E. Lee’s surrender to Union General Ulysses S. Grant, Lincoln traveled onboard the steamboat aboard the River Queen, requesting the band play “Dixie Land.”

In the decades following the Civil War, minstrelsy slowly died out as the main form of performance art. It phased into vaudeville shows by the early twentieth century. Although the genre disappeared, the stereotypes of the “dumb Negro” continued until the second half of the century. The Civil Rights Movement challenged these images, but white supremacy is alive and well in the South. Despite its association with the Antebellum “Old South,” the term “Dixie” endures in popular culture.

It coined the term “whistling ‘Dixie,'” a phrase that describes bouts of laziness or daydreaming. Several Southern businesses have “Dixie” in its name, and they are still in business today. Marching bands at southern universities played “Dixie Land” at football games until recent years. In August 2016, the University of Mississippi – “Ole Miss” – finally pulled the song from the university’s marching band lineup. Despite its racial connotations in the modern era, we shouldn’t ignore Dixie’s lasting legacy in the South.