A Beginner's Guide to the Illuminati 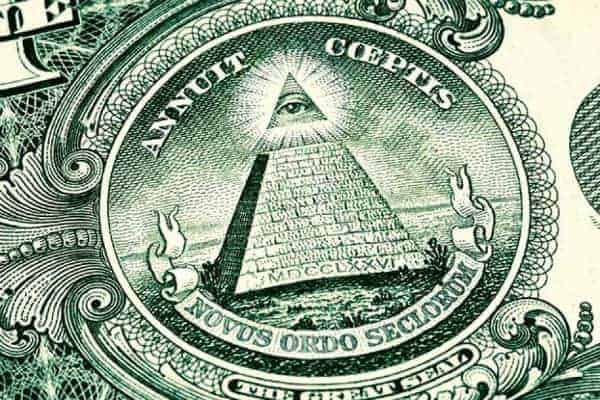 A Beginner’s Guide to the Illuminati

In February 1784 an arbitral tribunal with the name “Congress” convened in Weimar in order to put an end to the conflicts. Knigge was defeated and on the first of July, he agreed to keep silent about the society and return all documents, ultimately leaving the organization. During that time the secret society’s internal conflicts had attracted the attention of the Bavarian authorities. As a result, on June 22, 1784, Prince Karl Theodor banned all “communities, societies or fraternities” that were established without the approval of the rulers. Weishaupt obliged to resign his position as dean at the University of Ingolstadt and to give the organization’s address to Johann Martin, Count of Stolberg-RoÃŸla. He knew that the end had come but he only fled when he was forced to embrace the Catholic faith. All that is known about him after this time is that he found refuge in central Germany, where he grappled with writing (some books relating to the Illuminati) until his death in 1830.

On March 3, 1785, under pressure from many nobles, who belonged to the Rosicrucians, a special declaration was published prohibiting the Illuminati, naming them as traitors and enemies of religion. Exactly the same year Pope Pius VI explained in two letters to the bishop of Friesland (July 18 and November 12) that the attachment to the organization was incompatible with the Catholic faith and that that was the reason its members should be prosecuted. As a natural consequence, in 1784 and 1785 many of its members were persecuted. Some directors and officers lost their positions, others were deported, and yet others were jailed.

In April 1785 Count Stolberg-RoÃŸla officially suspended the organization’s operation. On August 16, 1787, a third and stricter ban was published against joining the society under penalty of death, in order to prevent further recruitment of Illuminati members. These publications launched the first hysteria against the enlightened. A second wave, much more vibrant, erupted during the French Revolution, when the fear of the Jacobins merged with the fear of the enlightened. In this mental state Minister of Bavaria Maximilian von Montgelas, who in his turn had been enlightened, in his rise to power in 1799 and again in 1804, banned all secret societies.

The Illuminati was one of the most short-lived secret organizations in history, lasting just nine years (1776-1785). The truth is that there is no historical evidence that the organization continued to exist after 1800 even though there are several recent and present-day fraternal organizations that claim to be descended from the original Bavarian Illuminati and openly use the name. Today, the only reminder of the organization is a commemorative plaque on the building of Ingolstadt’s university where the gatherings of the enlightened were held. Who or what were the Illuminati, really? A relentless, intriguing elite global society that sought to take control of the world, or the scapegoat of humanity? A humanity that is content to engage in a witch hunt instead of trying to find the real culprits of crimes and evils acts. Many people resort to synomosiologia to externalize their innermost fears, to blame an invisible enemy, and victimize themselves instead of being responsible for their own thoughts and actions. So, it’s solely up to you what you believe.

Terrorism and the Illuminati: A Three-thousand-year History. Livingstone, David (2011).