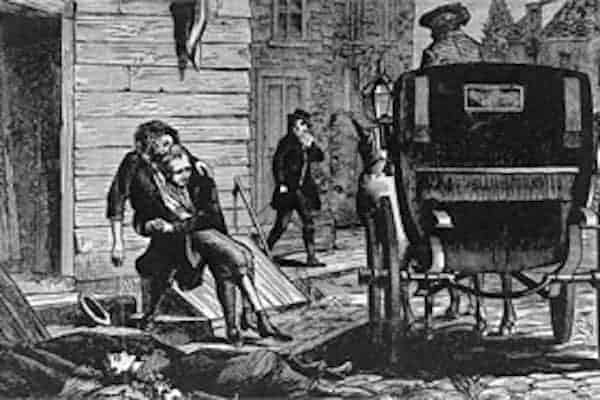 Poliomyelitis, more famous under its shorter name Polio, is a disease that is believed to have existed for several thousand years. It’s caused by a virus that infects the respiratory tract, the intestinal canals and eventually the spine, leading to the devastating results of paralysis. The virus mainly affects children and is infamous for claiming the highest number of casualties in the last century.

While polio epidemics were scattered throughout the 20th century, the biggest outbreak of polio occurred in 1952 in which 57.628 cases were reported, 3.145 of them were fatal and 21.269 were left with anything from mild to disabling paralysis. The result of this epidemic lead to a public awareness like never before. Until that year, the cause of polio had been a mystery that baffled both the public and the doctors, and unlike many other epidemics on this list, it was not the IPV mortality that scared the people, but the paralysis and the deformation of their children.

The 1952 polio epidemic lead to the development of the first safe and effective polio vaccine in 1955. The vaccine was created by Dr. Jonas Salk, with the support of the health organization March of Dimes, and he would later on become a national hero for his vaccine development. By 1962, the rate of polio cases dropped from 45.000 to 910.

Yellow Fever is a disease that resulted in a large epidemic in Europe and North America in the 1600s. The disease is spread by mosquitoes and symptoms include high fever, jaundice, diarrhea and internal bleeding, which in severe cases can lead to death.

The fever is most infamous for being transferred between ships that travelled across the Atlantic Ocean during the slave trade. This lead to several severe epidemics in the 1700s and 1800s, with one of the most famous occurring in Philadelphia in 1793. At the time, Philadelphia was the temporary capitol of the United States, and the epidemic ended up taking the life of 5.000, or 10 percent, of the city’s population of 50.000 people in the space of just a couple of months, making it one of the deadliest epidemics in US history.

The epidemic began in the Spring of 1793 when French colonial refugees, some with slaves, arrived with 2.000 immigrants from Cap Français, Saint-Domingue. They crowded the port of Philadelphia, and it’s likely that the refugees carried the yellow fever virus and it was transmitted through mosquitoes. When the disease first broke out, doctors and other survivors of the epidemic wrote extensively about it trying to learn from the crisis, not realizing that mosquitoes were the cause of the epidemic.

The AIDS epidemic that took off in the 1980’s left the world shaken and shocked over that no one knew why suddenly healthy young people started dying off so quickly. The HIV virus (human immunodeficiency virus) that causes AIDS was identified in 1984, and today, the disease still doesn’t have any cure or vaccine that is permanent, and between 1984-1987, 3.454 people had lost their lives due to the virus. It wasn’t until 1988 when researchers finally managed to do a HIV diagnosis through blood sampling.

Activists in the United States, who were often themselves the victims of HIV and AIDS, were the first militant groups of patients in modern medicine history that began requesting for an increase in research funding. Their movement drew inspiration from the civil rights movement, the Vietnam War protests and the Gay Liberation movement, and since the disease was equal to a death sentence, they wanted to influence the scientists and doctors so they would immediately require increased funding for research. This eventually lead to a global AIDS movement which has now placed the fight against HIV and AIDS high on many countries political agendas.

HIV/AIDS is spread by contact with blood and/or other body fluids, and when it first was discovered, it created mass hysteria and gained huge media attention. The anger was directed towards the LGBTQ community, as most cases who were affected by HIV were gay men.

As of today, 25 million people have died of AIDS, and despite the fact that there are effective antiretroviral drugs, the disease is still a major problem, especially in Africa.

The 1918 global influenzia, also known under the more famous name “Spanish Flu” was an unusually severe and deadly form of influenza that was spread across the world at the end of the First World War and lasted for two years until 1920. The flu spread like wildfire, often through the country’s soldiers, and nearly a third of the world’s population was infected in the course of a year. What is unusual about this epidemic is that it primarily affected young people; the smallest risk group for flu diseases. The epidemic ended up taking 40 million deaths from all over the world.

Despite its name, the flu did not originate from Spain, but it was the country where it first received a large press coverage, and therefore came to be associated with this country. Before it reached Spain, the disease had already affected other European countries that were involved in the World War like France, England and Germany.

It was long unknown which virus was behind the pandemic, but in 1998, pathologist Johan Hultin brought together some samples which contained virus from the lung tissue of a woman who died in 1918 of the Spanish Flu, as her her body had been preserved in permafrost in Alaska. The samples were sent to a research team in the United States, led by Dr. Taubenberger, who later managed to isolate the virus in one of Hultins samples.

The research showed that the virus in the Spanish Flu caused an overreaction of the immune system by activating genes related to apoptosis (programmed cell death), which normally is an effective defense against infections. In this case, the cell death could be so large that large parts of the lung epithelium was destroyed, which is both fatal and opens the door for fatal bacterial pneumonia. This may explain the observation that it was mainly healthy people who were most affected by the disease.

The infamous Black Death was a plague that haunted Europe during the Middle Ages. The disease was caused by a bacterium called Yarsina pestis, which was spread through lice that lived on the black rats that boarded the Chinese merchant ships in the 1300s. The plague spread quickly across the continent and killed 60 percent of Europe’s population.

The world took a long time to recover from the Black Death, as no one had seen a disease spread so quickly and widely before. The reason for this is that the people in the Middle Ages traveled more extensively than what they had in the past. The medieval towns were narrow and the streets were sometimes only a few meters wide. People were poor and dirty and threw their waste into the street, where pigs went and rummaged around and rats sneaked around. This was, in the end, a perfect environment for bacteria to develop and spread.

Since no one could find an answer to the disease, some people began to refer to supernatural causes. There were those who thought that the plague spread by the wind and it went to protect themselves by shutting out the poisoned air. The windows would have panes of glass or covered with waxed cloth, so that no air could enter. Only when the north wind blew clean and clear around dinner time, it could safely be admitted into the house. Many were convinced that the end of the world was near, and according to the priests, it was because the people had sinned that God had decided to punish them by sending the Black Death.

While no such epidemic has been seen in recent years, the Middle Ages will always be a reminder of the dark times of human history.

The eradication of the extremely deadly smallpox is considered one of the 20th century biggest medical achievements. The disease, which is caused by the variola virus and is spread through direct contact with someone who’s infected, is something that only has a consequential effect on humans and is believed to have occurred several times in human history.

In the 1700s, smallpox was the largest and deadliest infectious disease in the world, leading to the death of over 60 million people of that century alone. The largest epidemic of the disease occurred between 1775-82, the same time as the American Revolutionary War. The outbreak spread across the North American continent and was especially hard on the country’s indigenous people. By 1779, Smallpox had lead to the death of nearly 11.000 Native Americans in the Western area of present-day Washington, and reduced the population from 37.000 to 26.000 in seven years alone.

Smallpox was not limited in a certain area, and in seven years the disease managed to spread between Native tribes across the North American continent. The epidemic spread into the South, Mexico, and west, and by the time the disease rates began to go down, the smallpox epidemic had reached as far west as the Pacific Coast and into Alaska, infecting and killing an estimated 145,000 people.