7 Most Historic Battles of the First World War 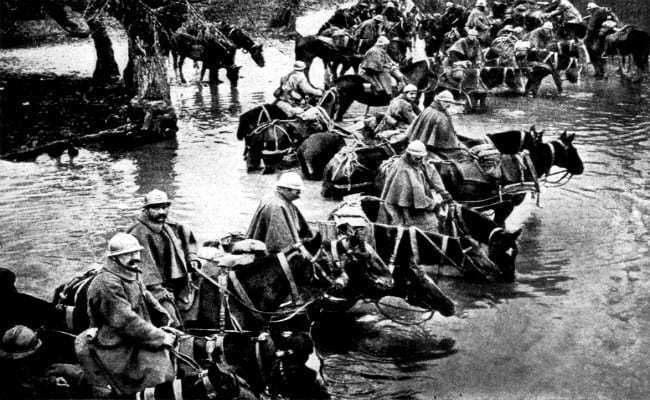 7 Most Historic Battles of the First World War

Late June 1914, a time before civilization found the shape, a Serbian nationalist assassinated Archduke Franz Ferdinand of Austria. The world had been marked with the search for power and supremacy. And with that event, the First World War was born.

What followed was a mass escalation of mobilization orders and threats. Germany, the Ottoman Empire, and Austria-Hungary formed the so-called Central Powers. The Great Britain, Japan, Italy, France and Russia, on the other hand, united as the Allied Powers, soon to be joined by the United States after 1917. The war that lasted for four years earned the name of The Great War by its unmatched levels of carnage and annihilation. The introduction of advanced weaponry and arduous trench warfare that ended with over 9 million soldiers dead and 21 million wounded took place in different areas. Here are seven of the most significant of the battles.

7. First Battle of the Marne 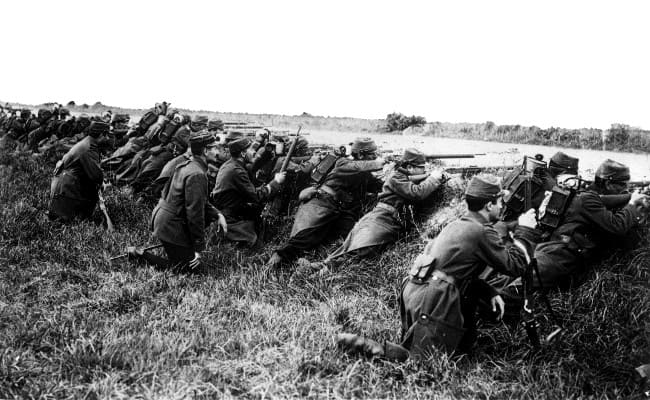 German troops had invaded Belgium, violating their neutrality in the war. After capturing the heavily fortified Belgian city of Liege, Germany hoped to smash France next before advancing towards the stronger Russian battalion. The intention was to avoid a double front fight.

France and Britain, however, launched a strong counter-offensive at the Marne, a battle that lasted between 6th and 10th of September 1914. The Germans that had an earlier success lost their ground and were eventually forced to retreat.

Meanwhile, the Russians mobilized their troops faster that the Germans had envisaged, and soon launched their first offensive. Germany won this one. A million men had died. The war had left heavy casualties and immense shock as had never been seen before. But the war was far from over. 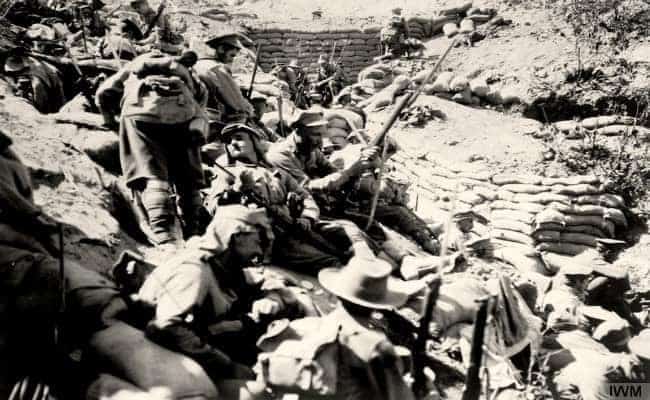 Also known as the Dardanelles Campaign, the Gallipoli Battle of that lasted between April 25, 1915, and January 9, 1916, had the main agenda of ultimately knocking Ottoman Turkey out of the war. The land troops fought to help the Allied ships through the Dardanelles to capture Constantinople- currently Istanbul. That was a serious miscalculation; the Ottomans were not that easy to overcome.

The war involved a mass use of trench warfare with both sides protecting themselves by building the trenches. This mirrored the fighting of the Western Front. There were immense casualties. The summer soon brought unbearable heat and sicknesses and lack of food ensued. A fresh assault was launched in August to the north of Anzac Cove, which turned out as a great failure restoring the stalemate.

In the end, the Allied forces decided to evacuate, leaving behind a defining history that later founded the modern day Turkey. 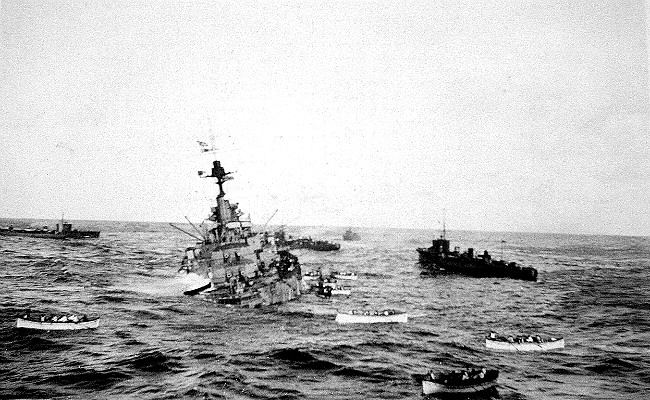 Jutland battle that started in 31st May and ended on 1st June 1916 was the biggest naval battle of World War 1. It was the battle that brought together the British and German ‘dreadnought’ fleets.

The war broke out when the German High Seas Fleet ambushed the British Grand Fleet in the North Sea to weaken the Royal Navy. The British, however, receive a timely warning and prepared to respond. Around 100,000 men and 250 ships were involved in the battle at Jutland. Their initial encounters led to the loss of several battleships.

The British withdrew until their main fleet arrived under the command of Admiral John Rushworth Jellicoe. They outgunned the Germans and forced them to turn for home.

The Verdun Battle of February 21 to December 18, 1916, was the longest battle of World War 1. It started when German forces attacked the fortified French town of Verdun. A ten-hour opening assault caused an unprecedented use of firepower that forced back the French, but they did not break.

The Germans were forced to decrease their troops at Verdun to counter other attacks by the British and Russians. This gave the French a leeway to regain their ground. They reorganized themselves for victory and fought resiliently. At the end of the year, the French secured a defensive victory over the invaders.

The Germans counted a loss of over 430,000 men, either killed or wounded. The French on the other hand had lost about 550,000. This war was extremely traumatizing on France and left it affected both politically and regarding military decisions. Verdun town suffered immense strategic implications for the rest of the First World War. 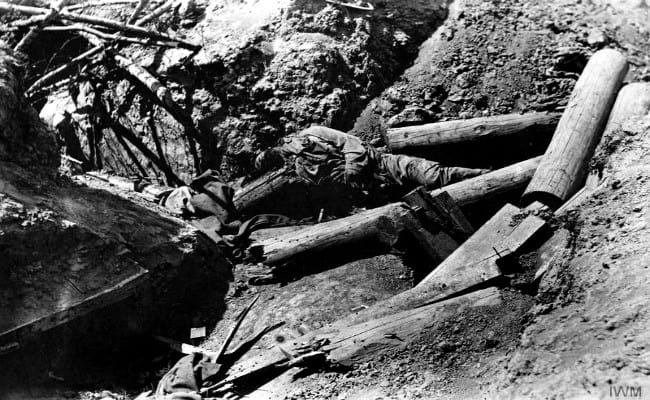 The Brusilov offensive, named after the Russian commander Aleksei Brusilov, that took place between June 4 and September 20, 1916, was the most successful Russian offensive since the start of the First World War. It was also among the most successful breakthrough operations of World War 1.

The tactics applied in the offensive later proved successful on the Western Front. They involved the use of shock troops and sharp short artillery bombardment in exploiting weak points. With that, Brusilov introduced an element of surprise to the offensive. 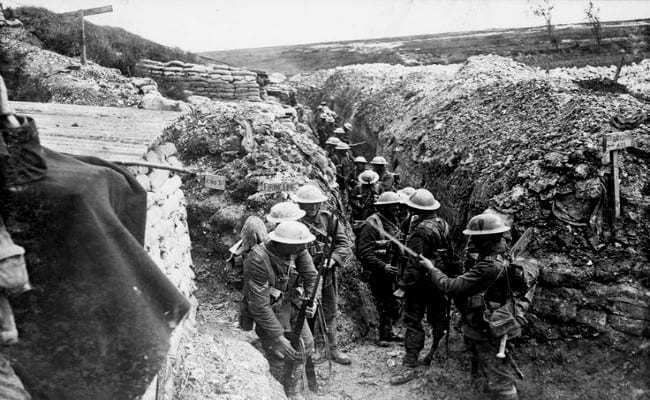 The Battle of the Somme or the Somme Offensive was a combined military operation involving the British and French forces. It lasted from July 1 to November 18, 1916, and was intended to attain a decisive victory over Germany on the Western Front.

This war remains the most infamous and painful episode of the First World War for many British folks. Germany had been laying its defenses carefully over several months. The British, now charged with the responsibility of leading the offensive after the weakening of France at the Battle of Verdun, faced a serious attrition.

Over a million men died, got captured or were wounded from both sides. The first day alone saw over 57,000 British casualties. Out of these, 19,240 got killed, making this day the bloodiest in the history of the British military.

1. The Third Battle of Ypres 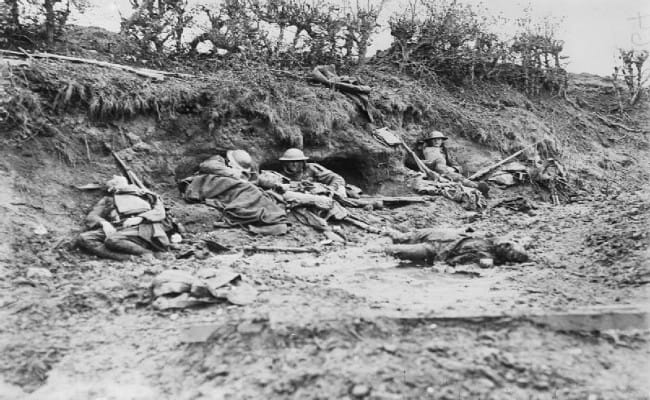 The Third Ypres Campaign took place from 31st July to 10th November 1917. This was another battle in which Britain suffered massive casualties. The German forces had positioned themselves on higher ground to the disadvantage of the British powers. Britain experienced some success during the preliminary phase of the war but soon lost ground when the main war began at the close of July 1917. The Germans had reinforced their troops driving the British soldiers to a failed start.

Bad weather partly caused the initial failure by the British forces. Better weather in September, however, enabled the British troops to have an upper hand over the Germans. With the return of the bad weather in November, the war was called off, ending with both sides registering heavy casualties.