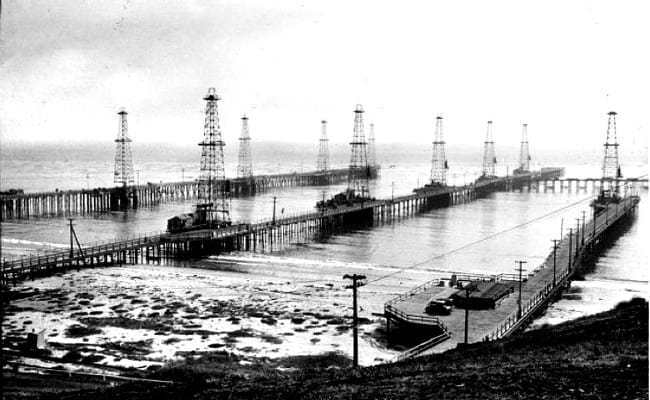 The US has fallen victim to some major foreign attacks throughout history. However, despite hearing countless retellings about the Pearl Harbor attacks in WWII and the tragedy of 9/11, many other incidents go by completely unaddressed. Well that’s about to change, as here we count down seven more foreign attacks that occurred on US territory. 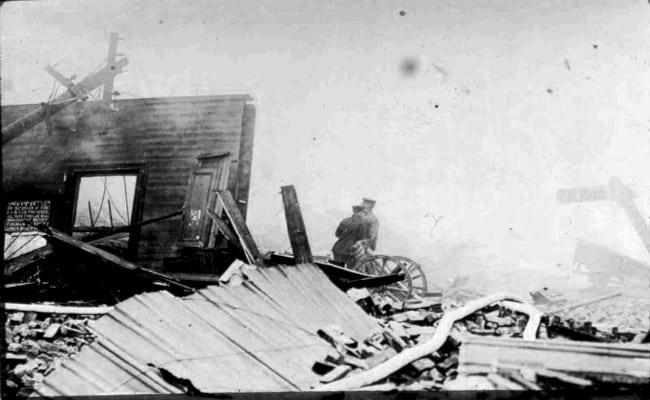 Used as a munitions warehouse for the Allies, Black Tom Island in the New York Harbor rarely gained any attention during WWII. And as of 1916, the United States still wanted to remain isolated from the war. But the stock of US supplies and financial support were offered to the Allies, and Great Britain welcomed the help. However, the island then became well-known to the Germans, who decided to make it a target after all.

So July 30, 1916 marked the day that a huge explosion jolted the island, taking tons of useful explosives with it. The explosion was felt all around the East Coast, replicating the feeling of a 5.5-magnitude earthquake.

For years afterward, most people still had no idea if the explosion was an accident or a perpetrated attack. It took decades before investigators recognized the Germans as the culprits.

6. The Battle of Ambos Nogales 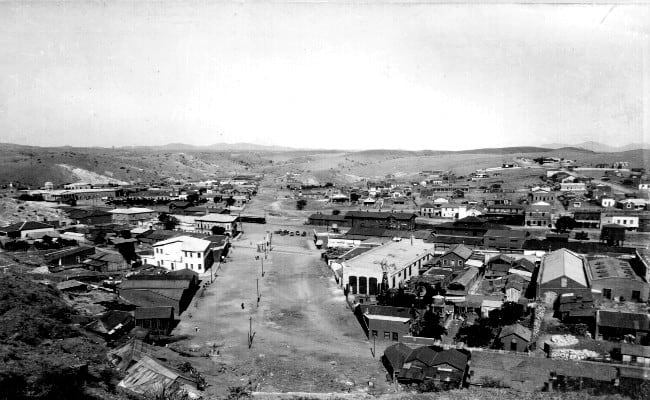 Mexican and US forces, not believed to have ties to WWI, actually did succumb to fighting near the end of the war. Starting in Ambos Nogales, the battle erupted over the city itself, which was split down the middle due to each half belonging to each separate country.

The battle was actually spurred on by nothing but confusion. It began when Mexican Gil Lamadrid wanted to cross the border from the US, carrying a package along the way. Just as US customs officials asked him to stop, Mexican officials began telling Lamadrid the opposite, to go ahead and cross the border anyway. A US soldier raised his rifle to keep Lamadrid at bay, and thus began the battle.

Felix Penalosa, the mayor of the Mexican-owned side of Nogales, tried to hold up the traditional white flag to signal their surrender, but was then shot down by US troops. The Mayor’s death served as the call for a cease-fire, and both sides ended the battle. 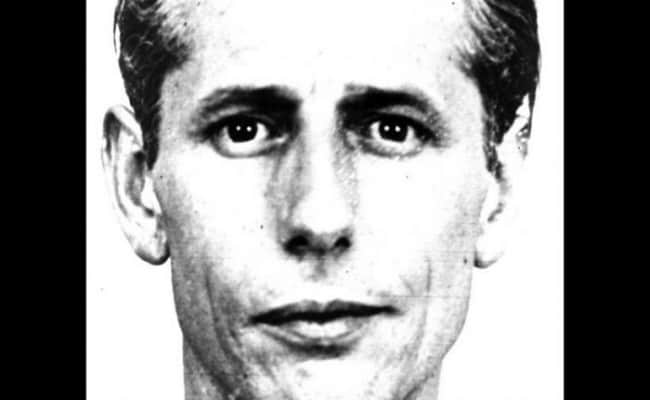 Operation Pastorius was, in fact, a response to the successful explosion that rocked Black Tom island. In 1942, German intelligence agents had begun to make their way into the US. Using saboteurs on the inside, the Germans wanted them to take down various targets in the US, like hydroelectric plants at Niagara Falls and multiple railroad stations along the East Coast.

Despite months of planning, the mission never reached its full potential. After all, the American authorities were hip to the saboteurs. Once the Coast Guard caught and questioned one of the Germans, who was in fact hoping to defect to the US all along, the authorities arrested the other saboteurs. Fortunately for the US, the Nazi mission was never truly carried out.

Throughout WWI, German U-boats were constantly sinking American ships out in open water. However, by the summer of 1918, the US had to fully take action against the Germans, who were directly targeting the East Coastline.

On July 21, the German U-Boat 156 appeared in the middle of Cape Cod, close to the seaside town of Orleans, Massachusetts, and swiftly started firing at the shoreline. As shells descended on the beach, the US military quickly responded, prepared to fight back.

Naval airplanes also came to the aid of US troops on the ground, dropping loads of explosives on the German submarine. Quickly understanding their losing position, the U-boat retreated, heading north to escape the enemy aircraft, and the Americans eventually lost its location.

While the Japanese certainly gained attention for their attack on Pearl Harbor, it generally goes unmentioned that they were active on the West Coast during WWII as well. For example, in 1942, they launched a submarine attack near Santa Barbara, California.

Despite Japanese submarines and American ships agitating each other in the Pacific ocean, no real bombardments occurred on land. That was until Commander Kozo Nishino, the skipper of the I-17, decided to go after America’s oil fields and halt fuel production. In February 1942, he brought the I-17 to surface, shooting off the cannon in obvious battle mode.

Overall, the Japanese crewmen inflicted little damage on the Ellwood oil field, along with its surrounding areas. However, the surprise attack did shock California, who were rarely engaged in battle of any sort up until that point. 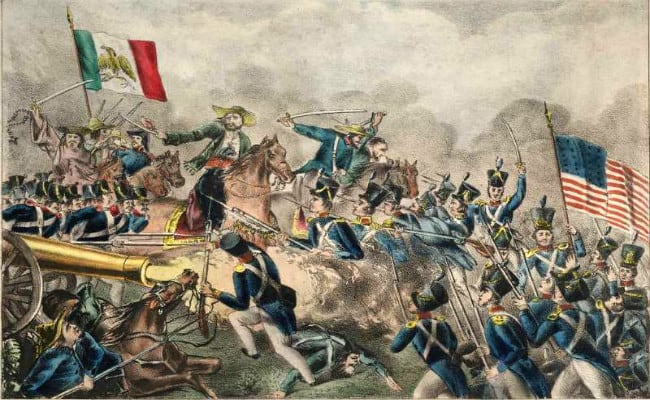 As the US was still beginning to form, Mexico was fighting for more of North America as well. And when, in the 1840s, the US annexed Texas into its territory to gain more land, Mexico was less than thrilled with this predicament. After all, Mexico claimed territory near the Rio Grande – yet the US was making their own claims on the area.

While tensions increased, President James K. Polk ordered US troops to settle near the Rio Grande, alerting the Mexicans to a possible attack. Before finding themselves steamrolled, a Mexican infantry force also crossed into the US, ready for battle.

Needing eyes on the situation, Seth Thornton commanded US scouts on horseback to explore the Texas countryside, where they eventually collided with Mexican forces. The Americans were vastly outnumbered by Mexicans, with only 70 scouts facing an estimated 2,000 Mexicans. In the brief assault that ensued, 16 scouts fell to their deaths.

These results angered US officials, and Congress declared war on Mexico for killing Americans on their own soil. Whether the battle actually was carried out on US territory remains a mystery, but this incident eventually led to the Mexican-American War, which later shaped the history of the western United States. 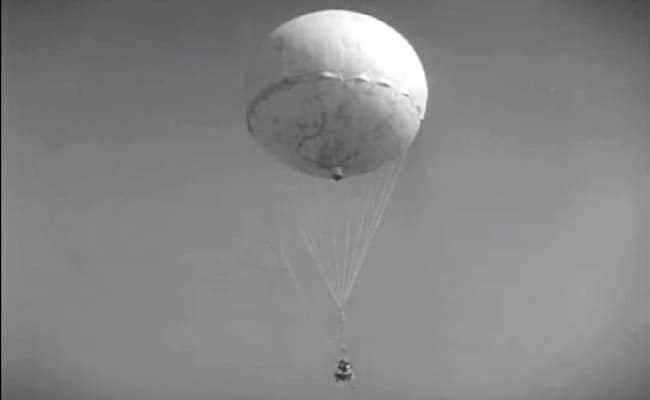 Bombing operations were a popular attack method during WWII, with the Allies carrying out devastating air strikes on both Germany and Japan. Japan was particularly angry at the US for taking down their factories and military bases, while they didn’t have the capabilities at their own disposal to retaliate. However, in 1944, they charged ahead with a daring operation to try and inflict their own destruction.

Japanese engineers went into action designing a large balloon that could travel through a strong air current, leading straight to the Western US. Named the “Fu-Go,” the balloon was fashioned with a full load of incendiary bombs which, after the balloon would lose altitude over the US, would cause mass explosions over the land.

And since the Japanese launched thousands of balloons, the floating firebombs began landing everywhere from from Alaska to Arizona. American fighter pilots tried to intercept the balloons, but many escaped their grasp.

Overall, many of the balloons were generally ineffective. One did kill a family of six Americans, who came upon a downed balloon still holding active explosives. Some balloons managed to survive the war, with forest workers even coming across one as recently as 2015. Thankfully, no one was hurt upon this latest discovery.