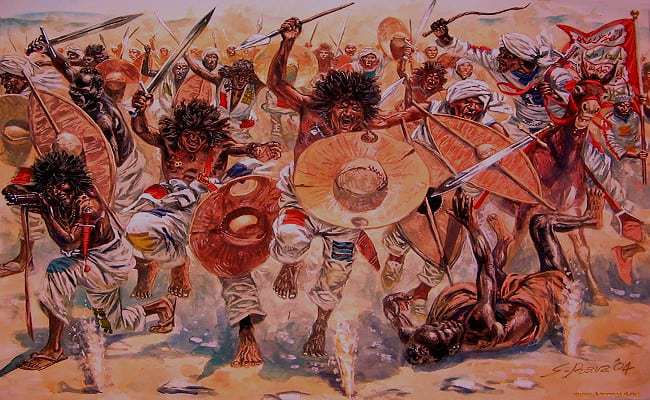 History may remember the British Empire as having been the most powerful at some point. But little attention may be directed to the odds that were involved in maintaining such global power. It’s not the easiest position to keep.

Britain had one key advantage over the rest of the world, though – better military technology.

The Victorian army was one of the most experienced and best equipped on the planet. It waged several successful battles against forces native to South Pacific, North and South of Africa, as well as West and East of the continent.

None of these conquests was a walk in the park, though. Every one of the opponents the British army faced was wildly different from the other. With each group presenting a different tactical approach, skillset, and weaponry, it took quite some quick adapting to earn the victories. 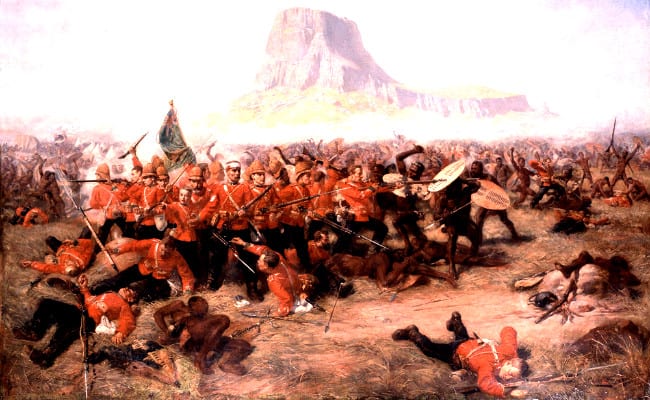 The British war against the Zulus is conceivably the most legendary of its conquests in Africa. This local empire was guarded by one of Africa’s most aggressive and toughest native armies- the impis.

The impis could run for several miles before launching an attack on their enemies whom they would overwhelm with their short piercing spears. Perhaps the most outstanding element behind the Zulu power was their discipline.

This enabled them to launch a coordinated maneuver swiftly upon command. With that, they would coherently throw themselves against their adversaries in waves that would often outmaneuver the enemy.

Britain wanted to unite the Southern Africa territories under a common leadership. This would be impossible without conquering the Zulus. They issued them with an ultimatum. And as expected, the natives did not take it kindly. War soon broke with Britain’s invasion of the lands of the Zulu.

Zulus were initially triumphant over the British forces at Isandlwana. This was followed by a desperate combat popularly known today as the Battle of Rorke’s Drift. 150 British and colonial troops battled off about 4,000 Zulu warriors.

Regardless of their numbers, the power of the modern guns gave the British their triumph by the last Battle of Ulundi. There were lots of casualties. Over and above, the colonialists learned a strong lesson from the events – they would never again underestimate an opponent on the grounds of technological inferiority.

The Mahdists of Sudan

The Mahdists’ rebellion against the foreign invasion can be compared only to that of the Zulu of South Africa. They were equally strong. Some historians even consider them to have been stronger than the Zulus.

They opposed the British forces with a fanatical fortitude. Their determination came from their belief that their leader Muhammad Ahmad was the foretold Islamic religious leader – Mahdi.

Just like in the case of the impis, the Mahdists had a promising start against the foreigners. That, however, did not last to the end. The British were a well-equipped army with professional military training. They eventually overpowered the indigenous warriors at Omdurman in 1898 with a massive force. 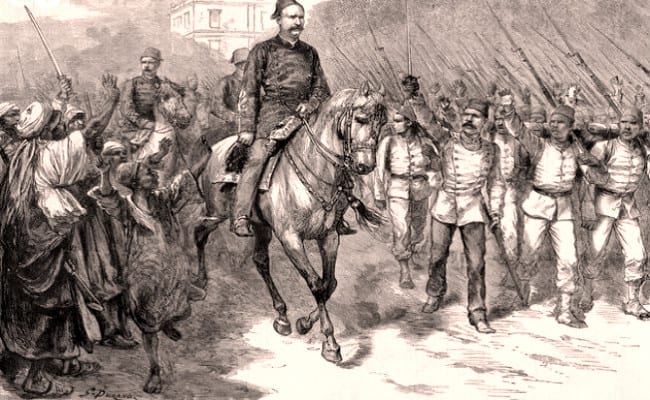 Egypt had a highly corrupt government by 1879. It was inept, ineffective and favored Europeans over the natives. The country hosted lots of wealthy Europeans whom the government of the day accorded better protection backed by law. The native inhabitants had little influence especially over the French and British who held great sway.

A group of nationalists arose under the leadership of Colonel Ahmed â€˜Urabi and usurped power from the government. They took control of Egypt with the aim of instigating democratic reforms. These reforms would lessen foreign influence in the country and weaken the elite.

France declined to get involved. Britain on the other hand went full force forward with an invasion in 1882. They used the death of 50 Europeans as justification for this invasion. Their actual purpose was however to safeguard their economic interests.

â€˜Urabi’s forces that fought the British were trained by Europeans. As such, they fought like a regular military. Still, the British modern arms proved too superior. ‘Urabi were defeated at the Battle of Tel-el-Kebir and Britain took control of Egypt. 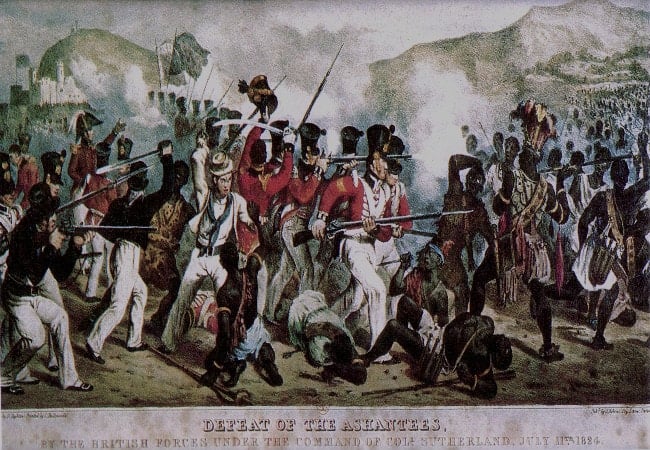 In West Africa, the British battled with the Ashanti Empire- currently Ghana.

Just like in Egypt, the war here was driven by economic motives. The Empire was a rich supplier of gold, and the British wanted to control this treasure. Anything in favor of local ownership could work against the European powers.

Unlike the Egyptians, the Zulu and the Sudanese- the Ashanti lacked cohesion. And this was a serious downside. They had primitive arms that made them a weaker force against Britain’s well-orchestrated and strategically coordinated attack.

The Ashanti, however, had one major advantage against the British troops: they had good experience fighting in the local terrain. They were smart too. They launched ambushes out of the jungle and hills and kept outflanking their otherwise stronger opponents by using the element of surprise.

Without cohesion and discipline, it was just a matter of time before the British figured out a method to circumvent the native tactics. Soon the foreign invaders gained an upper hand backed by their ever more accurate rifles and won the war against the locals.

The Xhosa of southern Africa 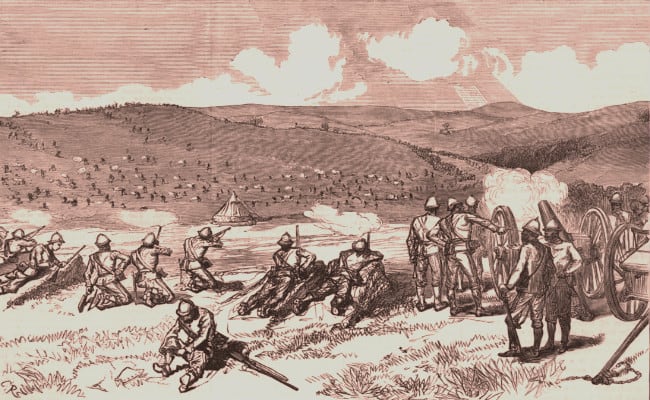 Down south, The British Victorian Army had another resilient antagonist to its determined attempts to unite this part of Africa. Like the Zulus, the Xhosa did not like the idea of dissolving their territories to come under one foreign ruler. The Xhosa lived to the east, around the modern day South Africa’s Eastern Cape Province.

They waged a powerful rebellion that’s remembered as the Ninth Xhosa War of 1877 to 1879.

As with their fellow African natives, the Xhosa were unable to win the battle against the well-equipped and better trained foreign invader in open combat. The Warriors fled to the Amatola Mountains from where they adopted a guerrilla tactic against their strong adversary.

They would launch sporadic attacks and use the terrain to escape whenever they were targeted by the British. That way, the European invaders had little advantage without a target to attack.

They however managed to beat the locals when they finally built a series of defenses and an elaborate pursuit system.