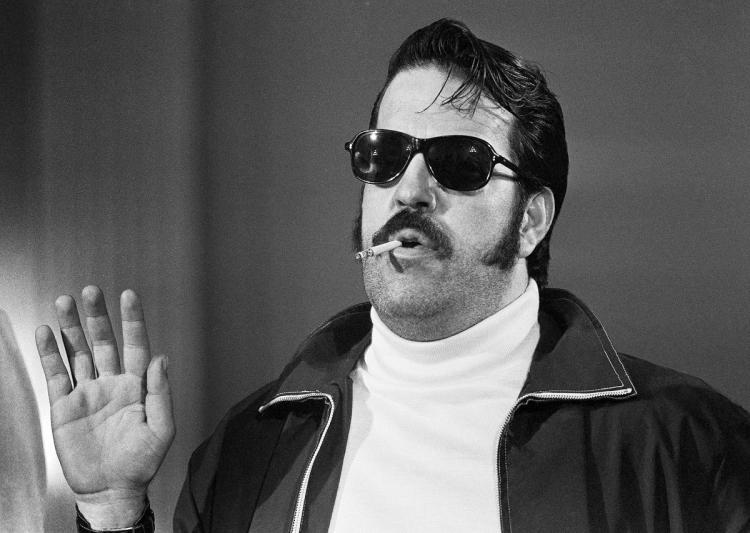 Brusca didn’t commit his many murders in New York, Boston, or any other American city. Brusca operated in the land where La Cosa Nostra began, Italy. Brusca was born in Sicily in 1957 and he was born into the Mafia; his father, grandfather, and great-grandfather were all made men. He moved through the ranks quickly and became an adept, ruthless killer. It is estimated that Brusca killed over 100 people. He was nicknamed “The Pig” because of his unkempt appearance and his voracious appetite for food.

In 1992, Brusca took part in the assassination of Giovanni Falcone, a prosecutor known for convicting Mafia members. Brusca and his associates planted a half-ton bomb below a street in Palermo; when Falcone’s car passed over the bomb, it was detonated remotely by Brusca. Falcone, his wife, and three police officers were killed in the blast. The bomb was so strong that it registered on local earthquake monitors.

Brusca did not limit his murderous intent toward enemies…or even adults. In 1993, one of his partners in the Falcone assassination, Santo Di Matteo, agreed to cooperate with authorities. Brusca had Di Matteo’s 11-year-old son kidnapped. Brusca and his thugs held the innocent boy for over 2 years, consistently sending Di Matteo photographs of his son being tortured. The boy was finally murdered after 26 months of imprisonment.

After his boss Salvatore Riina was arrested in 1993, Giovanni Brusca became one of the most powerful Mafia members in Italy. Brusca embarked on a reign of terror across Italy that included shootings and bombings in different Italian cities. Finally, on May 20, 1996, Brusca was captured by police. He did what a lot of other criminals do when faced with prison time; he cooperated with authorities and began to talk. Brusca confessed to murders that he himself had committed and told the police about the crimes of other Mafia members. Despite the dozens of murders, he committed with his own hands, Brusca was given a 26-year prison term in exchange for his testimony.

On the surface, Richard Kuklinski appeared to live a normal middle-class existence in the suburbs of New Jersey. Behind the facade, however, was a cold-blooded killer who earned the nickname “Iceman” because of his habit of freezing his victims’ bodies after he murdered them.

Kuklinski was born in Jersey City in 1935, and he grew up in an abusive household dominated by a violent father. One of Kuklinski’s brothers died at the hands of their father, but the family lied to police and said the boy had suffered serious injuries from falling down the stairs. He claimed he committed his first murder at the age of 14, murdering a bully with a piece of wood. He gained a reputation as a young man with a hot temper and reportedly killed men who beat him in pool games.

While still only 19-years-old, the young man stalked and killed victims, usually homeless men, around Manhattan, simply for the fun of it. He shot, stabbed, and used his car to increase his body count. The DeCavalcante crime family took notice of his violent behavior and recruited Kuklinski to carry out murders on their behalf. He then teamed up with New York’s Gambino crime family, committing robberies and duplicating pornographic videotapes to sell.

The Gambino family soon discovered another talent that Kuklinski possessed; a willingness to murder anyone for any reason. For 30 years, Richard Kuklinski killed those he was ordered to eliminate by the Mafia, and some for personal reasons. He used every weapon imaginable, including his fists sometimes “just for the exercise.” Authorities began to suspect Kuklinski was a mob enforcer, and in 1985 they set out to bring him down. The prospect of putting Kuklinski away was a tough one because law enforcement had no concrete evidence tying him to any murders. An undercover ATF agent posed as a fellow hitman and lured Kuklsinki into a murder-for-hire plot.

Kuklinski was arrested on December 17, 1986 and charged with a large number of crimes including murder and robbery. He was convicted in 1988 and sentenced to life behind bars. Kuklinski remained in prison until he died in 2006 at the age of 70.

The Mob Museum – Abe ‘Kid Twist’ Reles: No. 2 On List Of Top 5 Most Notorious Mob Hitmen

The Washington Post – ‘People-Slayer’ For Sicilian Mafia Is Freed After Becoming An Informant, Outraging Victims’ Families