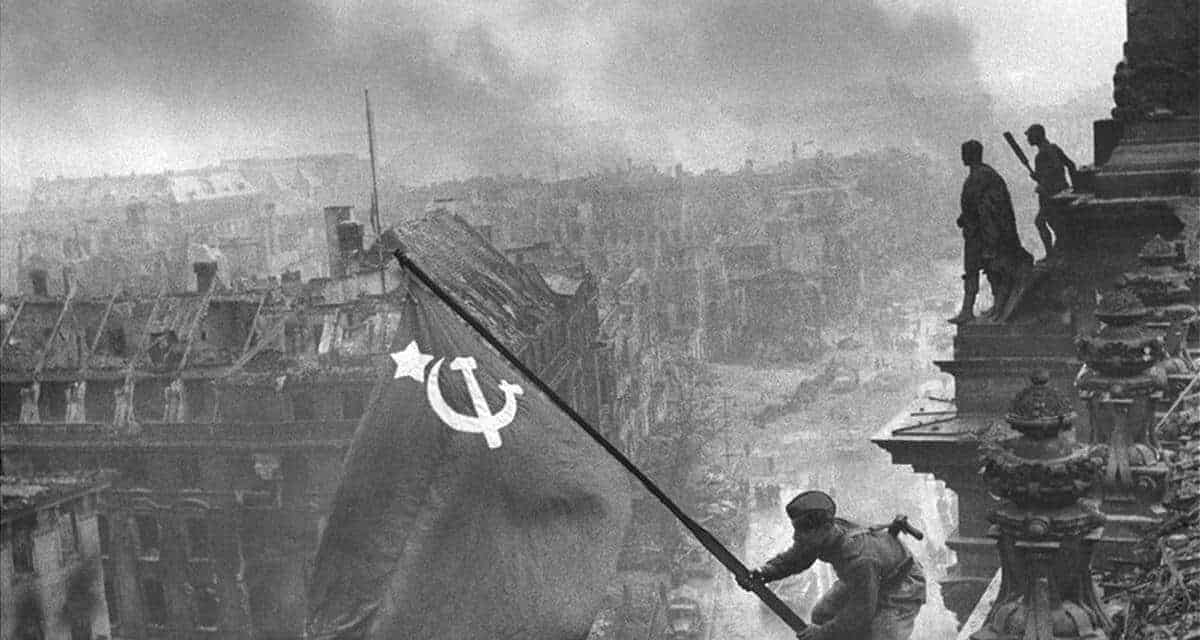 Britain could not face the Soviets on her own, and America had no incentive to attack them – especially not over Poland. Standing up for Poland was a point of honor for Churchill, but few in either the British or American governments deemed Poland worth an even greater war with the Soviets than the one just concluded against Germany. Unlike Britain, America had never guaranteed Poland’s territorial integrity, nor had it entered WWII in order to defend Polish sovereignty. Presented with the preceding, Churchill grudgingly accepted reality, and Operation Unthinkable was archived.

11. Japan Might Have Had the Worst 5 Minutes In the History of Warfare, at the Battle of Midway

At 10:25AM, June 4th, 1942, Japan was mistress of the Pacific, possessed the world’s most powerful aircraft carrier force, and was dictating the terms of the war. By 10:30AM, Japan had effectively lost WWII. It came about because of a chain of unlikely events, too dramatic for fiction because they seem so unrealistic, but which nonetheless happened in real life. They occurred at the Battle of Midway, which the Japanese had attacked in the hopes of luring the US Navy into a decisive battle of annihilation, after which Japan would dictate peace terms to the Americans.

10. American Code Breakers Tricked the Japanese Into Revealing Their Intent to Attack Midway

US cryptanalysts had cracked Japanese ciphers, and knew that they planned to launch a massive attack against a target codenamed “AF”. Unfortunately, nobody knew what “AF” was. So US Navy cryptanalyst Joseph Rochefort, who suspected that AF was Midway, set out to confirm that hunch. He directed the radio station at Midway to send an uncoded message, to the effect that its water purification system had broken down, and that Midway was running out of drinking water. 24 hours later, American code breakers intercepted a Japanese message to the effect that “AF” was running out of water.

Making things worse for the Japanese, the US Navy had more available carriers in the Pacific than expected. They knew that one carrier, the USS Yorktown, had sustained severe damage in the Battle of the Coral Sea, and fixing her was expected to take months. However, the Yorktown was rushed back into service and steamed off to Midway after only 48 hours of hurried repairs. In addition, another American carrier had been transferred from the Atlantic to the Pacific. As a result, the Japanese would face three American carriers, and an alert enemy waiting in ambush, rather than one or two carriers and a foe caught off guard.

8. The Japanese Struck Midway Island, Oblivious to the Presence of American Carriers

On the morning of June 4th, 1942, the Japanese launched a carrier strike against Midway. They inflicted significant damage on the island, but a second strike was necessary. So the Japanese aircraft were recovered and readied. While they were preparing that follow up strike against Midway, the Japanese learned of the presence of American carriers. The result was confusion, that was finally resolved when the Japanese figured that Midway was not going anywhere, and that destroying American aircraft carriers was more important. So orders were given to switch bombs from ones intended for ground targets, to anti-ship bombs and torpedoes.

7. The Slaughter of American Torpedo Bombers

While the Japanese commander was dithering about what to do, the American carriers had launched their own aircraft against the Japanese fleet. First to arrive were Devastator torpedo bombers – slow planes that had to fly low, steady, and straight, in order to launch their torpedoes. The American torpedo bombers were unaccompanied by American fighters, and ended up getting massacred by Japanese fighters. Of 41 Devastators that attacked the Japanese carriers, 35 were shot down. They did not score a single hit. The Japanese carriers resumed refueling and rearming.

6. A Dramatic Turning of the Tide

Then the tide suddenly changed, in a dramatic twist that a Hollywood script writer would have been too ashamed to pen because it was so improbable. While the American torpedo bombers were getting slaughtered, a flight of American Dauntless dive bombers, led by a lieutenant commander Wade McClusky, was lost, and desperately trying to locate the Japanese. They had neared the point beyond which they would have insufficient fuel to return to their carriers, but McClusky decided to keep going. He was rewarded by spotting a lone Japanese destroyer below. Guessing that it was heading to rejoin its fleet, he used its wake as an arrow, and that led him to the Japanese fleet.

5. The Japanese Carriers Were Devastated

The Japanese fleet was caught at the worst possible moment for an attack from dive bombers. The carriers were rearming and refueling, so their hangar decks were full of bombs and torpedoes and gas hoses. There was also no fighter cover – the Japanese fighters had gone down to intercept and destroy the torpedo bombers that had attacked at low level, and had not yet regained altitude when the American dive bombers showed up high above and dove down. Wade Mclusky’s pilots fell upon the Japanese, and within 5 minutes, 3 of the 4 Japanese aircraft carriers were burning. The fourth was sunk later that day.

4. The Loss of Carriers Was Not The Worst of It For the Japanese

Even worse than the loss of the carriers for the Japanese, which was bad in of itself, was the loss of trained aviators. Japanese carrier pilots were the best in the world at the time – a cream of the crop. However, it was a cream that took a very long time to rise, as the exacting Japanese training system produced only about 50 new carrier pilots per year – not enough to make up for the mounting losses. That put them at a severe and growing disadvantage against the Americans, whose training pipeline produced a surfeit of pilots adequately but not overly trained for the task at hand.

Operation Downfall, the planned invasion of Japan, was to take place in two stages. First was Operation Olympic, scheduled for November, 1945, which sought to secure territory in Kyushu, the southernmost Japanese main island. That would serve as the staging area for an even bigger invasion, Operation Coronet in the spring of 1946, directed at Honshu, the largest and most populous Japanese island. As was discovered after the war, the Japanese had accurately predicted the planned American landing sites – Japan’s geography was such that the only viable beaches for large amphibious landings were the ones selected by the American planners.

The resources committed to Operation Olympic dwarfed those of the D-Day landings in France. They included 42 aircraft carriers, 24 battleships, 400 destroyers and destroyer escorts, tactical air support from the Fifth, Seventh, and Thirteenth Air Forces, and 14 divisions for the initial landing. Casualties, would likely have been horrific. Depending on the degree of Japanese civilian resistance (Japanese authorities were training even women and children to fight the invaders with spears and pointy sticks), worst case scenarios envisioned over a million Allied casualties, with Japanese casualties numbering in the tens of millions. Such casualties would have made the conquest of Japan history’s bloodiest campaign, ever.